Close
The Flower Kings
from Stockholm, Sweden
formed January 1, 1993 (age 28)
Biography
Sweden played a crucial part in the progressive rock revival of the 1990s, but amid dark-sounding King Crimson-influenced bands like Anekdoten and Anglagard, the positive-thinking Yes-enlightened act the Flower Kings felt almost out of place. However, the Flower Kings became the European '90s prog rock band with the largest fan base, the biggest sales, and the widest international appeal. Led by guitarist, vocalist, and composer Roine Stolt, their sound brought together an intricate yet playful melodic and lyric sensibility, rock & roll dynamics, classical and jazz flavors, and complex and shifting rhythms and time signatures, all executed with top-notch musicianship. Their compositions featured swirling keyboards alongside flights of guitar fancy, seamless three-part vocal harmonies, and active, syncopated drumming. The Flower Kings issued some of the most acclaimed progressive rock records of the late 20th century with 1996's Retropolis and 1997's Stardust We Are, and into the 21st with 2002's Unfold the Future and 2012's Banks of Eden. In 2019, after a long hiatus, a revived Flower Kings issued the double-length Waiting for Miracles.

The Flower Kings formed in August 1994. Veteran guitarist/singer/composer Roine Stolt had enjoyed relative fame in Europe during the '70s as a member of the Swedish progressive rock band Kaipa, and later as a solo artist. He brought together ex-Jonas Hellborg drummer Jaime Salazar and ex-Samla Mammas Manna percussionist Hans Bruniusson to record his fourth solo album, The Flower King. Stolt's music was graced by a Jon Anderson-like aura combined with complex structures with catchy, playful melodies. Prog fans welcomed the album with open arms. Roine brought in brother Michael Stolt (bass, vocals) and longtime friend Tomas Bodin (keyboards) to perform the material live, and thus the Flower Kings were born and The Flower King, the album, is now usually perceived as the band's first.

Back in the World of Adventures was released in November 1995 on the group's own label, Foxtrot Music, and contained the stage favorite "Big Puzzle," while the Flower Kings started to tour across Europe. The album was followed by Retropolis (May 1996), the band's most '70s-influenced record to date, which yielded "The Judas Kiss" and "There Is More to This World," still arguably one of their best anthems. Retropolis helped the Flower Kings reach Japan, South America, and North America (especially Quebec). The mammoth two-CD set Stardust We Are, which included "In the Eyes of the World," "Church of Your Heart," and the 25-minute epic "Stardust We Are," was released in 1997.

With four albums (including one double CD) released in less than four years, music critics around the world started to wonder how Roine Stolt managed to write so fast. Obvious filler material on Stardust We Are had people thinking the band should have been a bit more selective and made it a one-CD affair. Still, the Flower Kings' fan base was growing, as were their sales. A compilation album, Scanning the Greenhouse (containing a fantastic rendition of Genesis' "The Cinema Show") was released to prepare Americans for the band's first U.S. tour, and a limited-edition CD containing live improvisations and unreleased tracks was issued by Ipso Facto for the Quebec market, while Stolt released his critically acclaimed solo album Hydrophonia all in a year's time.

Another two-CD set, Flower Power, saw the light of day in early 1999. Even more ambitious, it contained the 60-minute suite "Garden of Dreams" and the quirky "Psychedelic Postcard," which paid tribute to one of Stolt's main (although rarely detected) influences: Frank Zappa. Flower Power was the band's first album to be released in the U.S. by Inside Out Music America, which acquired rights to the group's complete catalog for domestic distribution. The Flower Kings' first live album, Alive on Planet Earth, was released in 2000 while Stolt was touring with the supergroup Transatlantic (with Pete Trewavas of Marillion, Neal Morse of Spock's Beard, and Mike Portnoy of Dream Theater). A new studio album titled Space Revolver followed later that year with bassist Jonas Reingold replacing Michael Stolt. Unfold the Future appeared in 2002, with the live set Meet the Flower Kings following in 2003. Paradox Hotel with was released in 2006, with drummer Marcus Liliequist subbing for Zoltan Csörsz. The latter returned for 2007's The Sum of No Evil: Love Is the Only Answer but left again in 2008.

After touring, Roine Stolt put the band on hiatus for four years. They returned to action for 2012's Banks of Eden with drummer Felix Lehrmann. Heralded as a return to their roots, the album charted in five countries including the United States. Its follow-up, 2013's Desolation Rose, reached the lower rungs of European charts but placed in the Top 40 on the American Heatseekers list. The tour joined Neal Morse for a co-headlining tour in which the members of both bands collaborated for an encore consisting of Transatlantic songs, as three of the group's four members were present. It would be the last Flower Kings' offering for five years.

Stolt joined Steve Hackett's touring band as bassist and guitarist in 2015, and a year later released The Invention of Knowledge, a collaborative album with another Yes founder, vocalist Jon Anderson. At the end of 2017, Stolt formed the prog supergroup the Sea Within with bassist Jonas Reingold, guitarist Daniel Gildenlöw, drummer Marco Minnemann, and American keyboardist Tom Brislin. Their self-titled debut album was issued before the year ended and offered a sound that combined progressive and art rock, pop, and cinematic music.

In August 2018, Stolt presented a new live band called Roine Stolt and Friends Play the Flower Kings. The lineup included the guitarist, original members bassist/vocalist Jonas Reingold and guitarist/vocalist Hasse Fröberg, new keyboardist Zach Kamins, and new drummer Mirrko De Maio. In November, Manifesto of an Alchemist appeared under the name Roine Stolt's the Flower King (on tour they were Flower Kings Revisited). The group toured with Spock's Beard in November and December 2018 and into early 2019. Just before the end of the year, the double-length Waiting for Miracles by the Flower Kings -- featuring the new quintet and no longer "revisited" -- was released by Inside Out.

After playing a series of shows in 2019, the Flower Kings planned to spend most of 2020 touring internationally before re-entering the studio. The COVID-19 pandemic dashed those plans, so the group returned to the recording studio in quarantine via the Internet instead -- the bandmembers reside in four cities on three continents. Using the theme of global isolation as a central theme, the band's global file-shared recording sessions netted 21 thematically linked songs spread over a running time of 91 minutes. In September, Stolt announced the October 30 release of Islands; he was also excited to report that he had enlisted famed cover artist Roger Dean to design its sleeve. In late September, the Flower Kings issued a "visualizer" video single for album track "From the Ground," as well as the single and lyric video for "Broken." The official video for the single "Morning News" was released on October 16, exactly two weeks before the double-length Islands appeared from Inside Out. ~ François Couture & Thom Jurek, Rovi 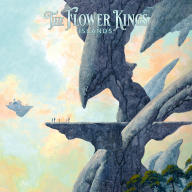 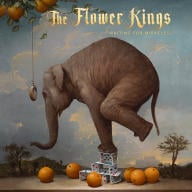 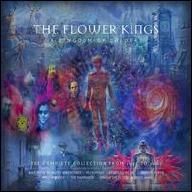 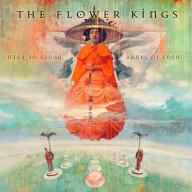 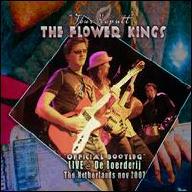 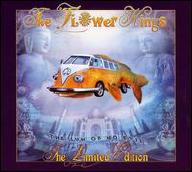 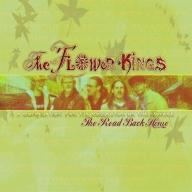 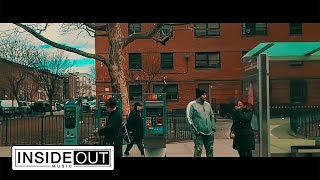 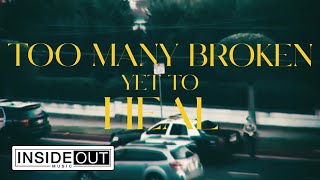 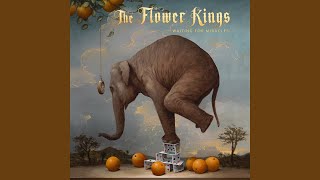 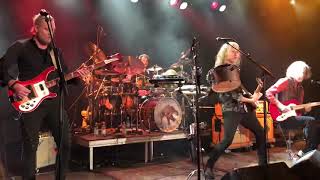 The Flower Kings: The Truth Will Set You Free, live at Brewhouse, Gothenburg 2019 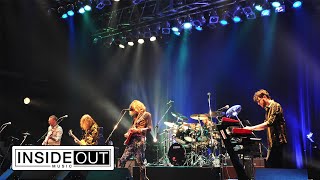 THE FLOWER KINGS – From The Ground (Visualizer) 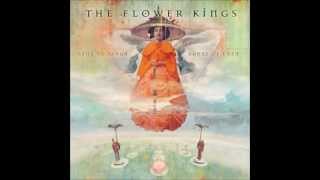 The Flower Kings - Rising the imperial 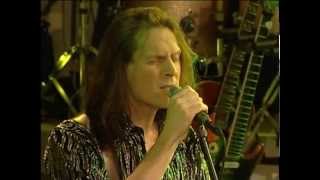