Close
Thelma Terry
from Chicago, IL
September 30, 1901 - May 30, 1966 (age 64)
Biography
Bassist and singer Thelma Terry was one of the earliest women to take the lead of her own jazz orchestra. Born Thelma Combes to a poor family in Chicago, at age 18 Terry was already playing first chair in the Chicago Women's Symphony Orchestra. She had been a student at Austin High School, and many of the so-called "Austin High Gang" served at one time or another in her band. The Austin High student most significant to Terry's story was drummer Gene Krupa, who recorded with Terry's Playboys on March 29, 1928. Other members of Thelma Terry's band included pianist Bob Zurke and reedmen Bud Jacobson, Bud Freeman, and Charles Dornberger. She played a variety of Chicago nightspots, and was billed as "The Jazz Princess."

Terry was practically alone in her chosen profession at the time and hardly found it easy to conduct the business of playing jazz as she would have liked. The boys in her all-male units sometimes didn't take her very seriously and, as one old-timer put it, "only played in the band because they wanted to get into (Terry's) pants." Terry eventually wearied of the struggle, and in 1929 she married and rang the curtain down on her musical career. Later attempts to make a comeback were rebuffed for various reasons.

Thelma Terry and her Playboys made only six issued recordings, and these are regarded as outstanding examples of classic Chicago-style jazz. In 1998 a test recording from these sessions was discovered where Thelma Terry sings vocalese on Bix Beiderbecke's solo in "Singin' the Blues," demonstrating that Terry was already using this technique some 25 years in advance of its "official" introduction. ~ Uncle Dave Lewis, Rovi 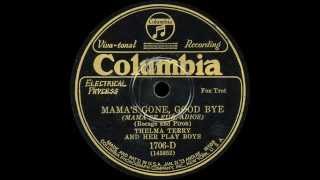 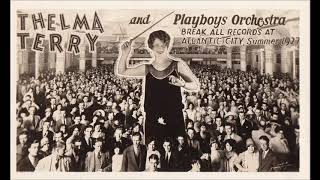 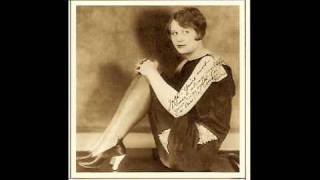 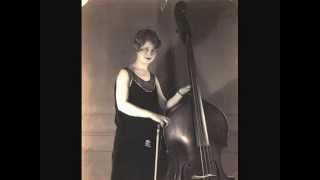 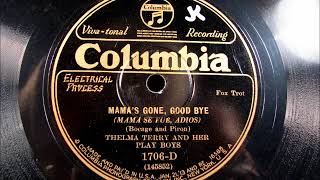 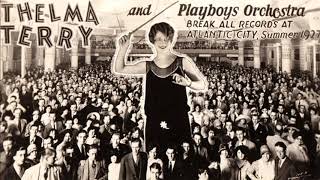 Starlight and Tulips - Thelma Terry and Her Playboys, 1928 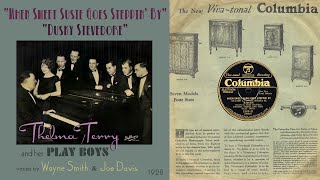