Close
Paul Revere & the Raiders
from Portland, OR
formed January 1, 1960 (age 61)
Biography
One of the most popular and entertaining rock groups of the 1960s, Paul Revere the Raiders enjoyed seven years of serious chart action, and during their three biggest years (1966-1969), sold records in numbers behind only the Beatles and the Rolling Stones. And their hits -- "Steppin' Out," "Just Like Me," "Hungry," "Him or Me -- What's It Gonna Be," and "Kicks" in particular -- are now seen by compilers as bold, unpretentious pieces of '60s rock & roll with a defiant, punk edge.

Paul Revere was born Paul Revere Dick on January 7, 1938 in Harvard, Nebraska. He learned to play the piano as a boy, and developed a keen appreciation for the work of Spike Jones His City Slickers. He joined his first real band while in his teens, and was later joined by 16-year-old Mark Lindsay (b. March 9, 1942), a singer/saxman who ended up replacing the group's vocalist. Called the Downbeats, they were popular at local dances, and cut a demo for Gardena Records in Los Angeles, where the company's owner was interested in issuing a record, but only if they changed their name. Revere's given name was such a natural as a gimmick that they became Paul Revere the Raiders. Their third single, a Jerry Lee Lewis-style instrumental, charted low in the Hot 100, and by the middle of 1963, they were one of the major music attractions in the Pacific Northwest.

The song "Louie, Louie," which they'd picked up from their rivals the Kingsmen, got them a local release that was picked up by Columbia Records, which not only released it nationally but signed Paul Revere the Raiders to a contract. Their next big break came in 1965 when their producer, Terry Melcher, suggested that they update their sound. He got them to create music that was a mix of fast-paced, guitar-and-vocal-dominated Beach Boys-style rock & roll, and also the more intense and intimidating brand of R&B produced by the Rolling Stones. Their new sound debuted with the single "Steppin' Out," a Revere-Lindsay original that was released during the summer of 1965. And they suddenly sounded punk -- like cool (yet frustrated) suburban white teenagers, which was the audience they were aiming for. Mark Lindsay sounded the way every male teen 14 through 17 pictured himself looking and acting at the age of 21, free and ready to say what he felt like and make it stick.

"Steppin' Out" coincided with the group's debut on the new Dick Clark afternoon music showcase Where the Action Is, which went on the air on June 27, 1965. The bandmembers had gone through a visual metamorphosis, adding Revolutionary War-style outfits to their look, and they stood out for playing straight-ahead rock & roll and having fun doing it. Their second album. Just Like Us!, released in early 1966, was a landmark record, filled with great songs and even better performances, and earned a gold record award. The group also learned quickly, under Melcher's guidance, how far they could go in making records. By the time of their next album, Midnight Ride, released three months later, and, Spirit of '67, issued in November of 1966, the group members were playing multiple instruments. Those albums went gold, lofted high and long into the charts by the hit singles "Kicks" -- a great song that managed to be cool and anti-drug -- "Hungry," "Good Thing," and "Him or Me -- What's It Gonna Be."

Their fortunes took a downturn, however, when Where the Action Is went off the air in the spring of 1967, and by 1968 the Raiders were looking for a newer sound; and in addition to trying to figure out what would sell for the group, Lindsay developed aspirations as a solo singer (later enjoying a huge MOR hit with "Arizona"). And suddenly it was 1969, the era of the "Woodstock Nation," and "Paul Revere the Raiders," with their goofy costumes, seemed more than a little outmoded.

In a quest to shed their '60s image, the group switched to the name "the Raiders" in 1970. And suddenly, the Raiders tried to sound serious, heavy, and very modern. The result was the Collage album, a very strong rock record, built largely on songs by Lindsay and new member Keith Allison, that never found an audience. And the "Raiders" name change only seemed to confuse wary fans -- where was Mark Lindsay?

The group kept plugging along, however, and seemed to strike gold with their next single. The Raiders took a John D. Loudermilk song called "Indian Reservation (The Lament of the Cherokee Reservation Indian)" and cut a version that shot all the way to number one, their first chart-topper in their history. The problem was that they just couldn't sustain the momentum, or translate the sales of the single into parallel LP sales, or hold the public or radio programmers' interest from one single to the next. By 1975, Columbia Records had abandoned the group, and Lindsay had parted company with Revere.

In the following decades, a version of the group that was as much devoted to comedy as music performed under the leadership of Paul Revere. Meanwhile, their old music continued to command respect, with a parade of serious reissue labels -- spearheaded by Sundazed, France's Magic Records, and Australia's Raven Records -- reissuing audiophile-quality expanded-disc versions of the group's entire Columbia Records library. Revere continued to front the band on the nostalgia circuit into the new millennium, although health issues prevented him from touring during July of 2014; in October of that year he died of cancer at his home in Garden Valley, Idaho at the age of 76. The group continued performing as "Paul Revere's Raiders," led by Paul's son Jamie Revere and featuring Darren Dowler on lead vocals. ~ Bruce Eder, Rovi 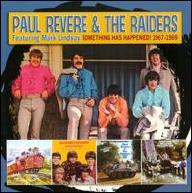 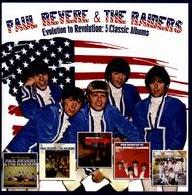 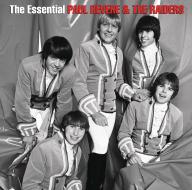 The Essential Paul Revere & The Raiders
2011 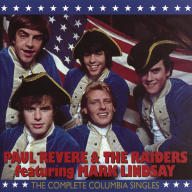 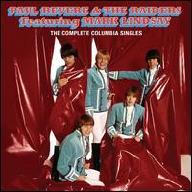 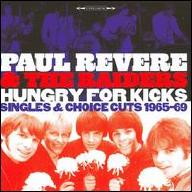 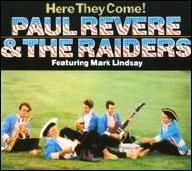 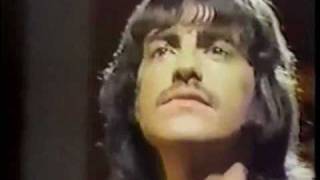 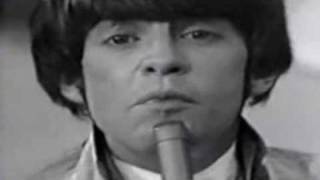 Paul Revere and The Raiders - Kicks 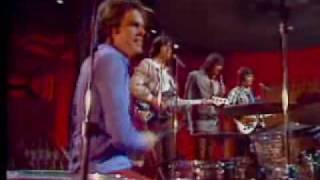 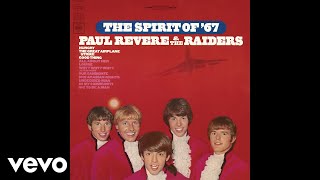 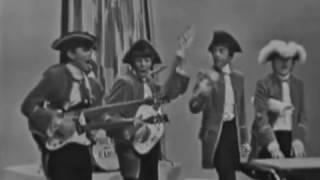 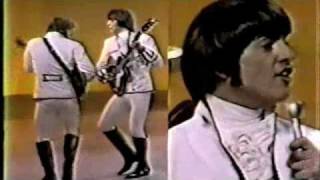 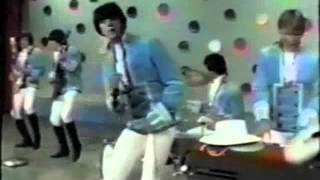