Close
Don Bryant
from Memphis, TN
April 4, 1942 (age 79)
Biography
Best known as a staff songwriter under Willie Mitchell at Hi Records and the husband of Hi star Ann Peebles, Don Bryant was also a fine, underappreciated singer in his own right. In his soul recordings of the '60s, Bryant showed off a passionate style that fused the punch of Wilson Pickett with the smoother but emotionally incisive warmth of Joe Tex, as captured on his 1969 album Precious Soul. He sounded rougher and more emphatic on his later gospel material, especially 2000's It's All in the World, which was steeped in contemporary R&B sounds. Bryant made an impressive return to his roots with 2017's Don't Give Up on Love, with arrangements and production in the manner of his vintage Hi Records sides and showing his voice was still in fine shape.

Don Bryant was born in Memphis on April 4, 1942; his father, Edward, sang with a gospel group called the Four Stars of Harmony, and Bryant himself began singing in church at age five. In 1955, he and four of his brothers formed their own gospel group, the Five Bryant Brothers, who soon switched to doo wop under the name the Quails. Not long after, Bryant joined several high school friends in another doo wop group, the Four Canes, who were named after their manager, local DJ D. Cane Cole. When the group split with Cole, Bryant changed their name to the Four Kings, and they caught the attention of trumpeter/bandleader Willie Mitchell, who began performing with them around the Memphis club scene. Through Mitchell, Bryant got his original composition "Is There Someone Else on Your Mind" recorded by the 5 Royales and made his first solo recording in 1964 with a cover of Chris Kenner's "I Like It Like That."

Over the next five years, Bryant recorded several duets with Marion Brittnam and numerous cover songs, the latter of which constituted his first full-length LP, 1969's Precious Soul (issued on Hi). However, his behind-the-scenes career soon became more lucrative, specifically when Mitchell assigned him to work with new Hi signee Ann Peebles. No longer the label's focal point, Bryant resisted at first, but quickly discovered a creative and personal chemistry with Peebles that blossomed into a relationship in 1972 and marriage two years later. In the meantime, Bryant co-wrote a number of Peebles' signature songs, including "I Can't Stand the Rain" and "99 Pounds"; his success led to a staff songwriting position, where he penned material for other Hi stars like Al Green, Syl Johnson, O.V. Wright, and Otis Clay.

Of necessity, his own recording career flagged during the '70s. When Hi's heyday ended, Bryant and Peebles both took a hiatus from the music industry; Bryant returned briefly in 1986 to record a self-released gospel album, What Do You Think About Jesus. When Peebles returned to recording during the '90s, Bryant again assisted with songwriting and musical backup. In 2000, he recorded another gospel album, It's All in the Word. In 2012, Peebles suffered a stroke, and she retired from live performing. With Bryant no longer spending much of his time on the road with his wife, he began focusing on his songwriting again, and wrote a batch of new songs in tribute to Peebles. In 2017, Bryant released a new album, Don't Give Up on Love, that explored his soul and gospel influences, and was recorded with the help of members of the old Hi Records studio crew. The album earned praise from critics, and in 2020, Bryant delivered another LP, You Make Me Feel, featuring fresh original songs as well as old favorites from his songbook. ~ Steve Huey, Rovi 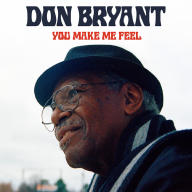 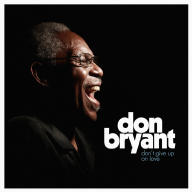 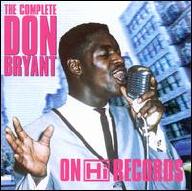 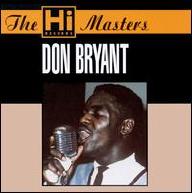 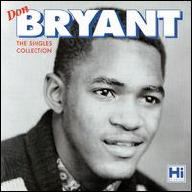 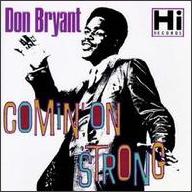 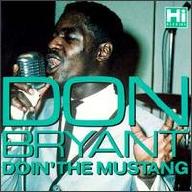 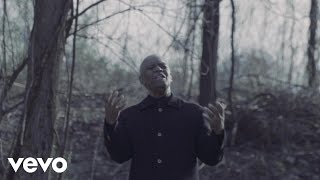 Don Bryant - How Do I Get There? 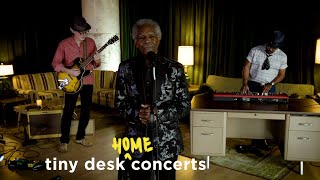 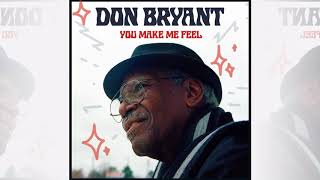 Don Bryant - Is It Over (Official Audio) 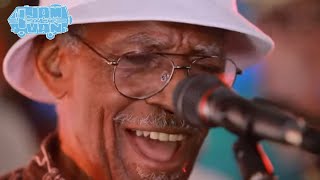 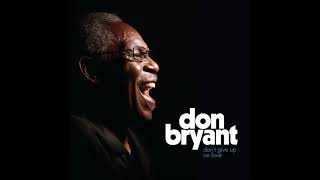 Don Bryant - Don't Give Up On Love (Full Album) HQ 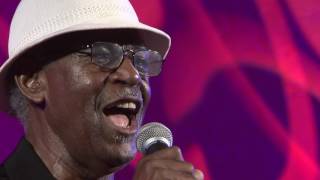 Don Bryant - A Nickel & A Nail (live at Levitt Shell) 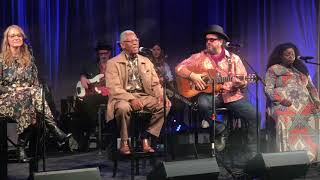