Close
Dave Koz
from Tarzana, CA
March 27, 1963 (age 58)
Biography
By virtue of his many achievements, Dave Koz has long been considered the prime contender for the saxophone throne of contemporary jazz. Active since 1990 when he arrived on the scene from seemingly nowhere to issue his self-titled leader debut, he climbed onto the Billboard contemporary jazz charts and stayed there for several weeks. The platinum-selling Koz has been nominated for nine Grammys, hit the top spot on the contemporary jazz charts five times, placed 14 singles in the Top Ten, and earned a total of 20 cuts on the jazz songs charts. He is also a seasoned radio and television host, and a best-selling concert attraction. His sound is full of fire and intensity, often recalling that of his musical forebear David Sanborn, and which often crosses over to the adult contemporary R&B side of the genre line. Other career highlights include 1993's Lucky Man, 1999's collaboration-heavy Dance, 2001's holiday treat A Smooth Jazz Christmas (one of four Christmas collections), 2007's At the Movies, and the critically and commercially successful Summer Horns in 2013. He reached number two on Billboard's Contemporary Jazz Albums chart with 2020's A New Day before pairing with guitarist Cory Wong on 2021's Golden Hour.

Koz was born one of three children in Encino, California to a dermatologist father and a pharmacist mother. His brother, Jeff, is also a musician. Commencing his musical education in elementary school, he attended William Howard Taft High School in Woodland Hills (a suburb of Los Angeles) playing saxophone in the school jazz band. He graduated from UCLA with a degree in mass communications in 1986, and after his graduation, decided to make a go of becoming a professional musician. Within weeks of that decision, he and singer/songwriter and pop-jazz pianist Bobby Caldwell went on tour. After returning, he spent the remainder of the decade as a session and touring musician with Jeff Lorber, Richard Marx, and in the house band of CBS' short-lived The Pat Sajak Show (Tom Scott was the bandleader). He also often guested as a saxophonist on The Arsenio Hall Show well into the '90s.

Koz signed a contract with EMI, which released ten of his albums, including 1993's Lucky Man, 1996's Off the Beaten Path, 1999's The Dance, and 2003's Saxophonic -- which was nominated for a Grammy and an NAACP Image Award and hit number three on the Jazz Albums chart. While working on Lucky Man, Koz was solicited by the producers of ABC's General Hospital to perform the track "Emily" from his debut offering; it was used as part of the show's soundtrack in 1992. After his guest spot on the show, executive producer Wendy Riche commissioned Koz to write a new theme song for the series. He took elements from the show's existing theme, merged it with a new chorus, and transformed it into "Faces of the Heart," which made its debut as a new theme on General Hospital's 30th anniversary show in 1993, and remained unchanged until 2004.

In 1994, Koz began hosting the syndicated The Dave Koz Radio Show featuring music and interviews with a who's who in jazz. He also co-hosted The Dave Koz Morning Show on 94.7 The Wave, a smooth jazz station in Los Angeles, for six years. In 1996, Koz issued Off the Beaten Path, his first release to display his sung vocals on "That's the Way I Feel About You." While his first holiday-themed set, December Makes Me Feel This Way, appeared in 1997, it didn't chart. The saxophonist scored big with 1999's The Dance; it hit the number two spot on the Top Contemporary Jazz Albums and number three on the Jazz Albums chart. His extra media activities only served to raise his profile. Koz released his second holiday-themed set, A Smooth Jazz Christmas, in September 2001, and it went all the way to number three on the Jazz Albums chart.

His high-charting entries continued through Saxophonic (number two, Jazz Albums). In 2005, Golden Slumbers: A Father's Love didn't chart but the saxophonist didn't fret, he was busy producing the first of his annual Dave Koz & Friends Jazz Cruises. Two years later, his "Just in Time," with the voice of Dean Martin, was a highlight of Forever Cool, an EMI-themed tribute offering. In 2007, he scored with the platinum-selling At the Movies, a collection of cinema themes that peaked at number two on the Jazz Albums list. It was his last outing of new material for EMI.

Koz signed to Concord for 2010's Hello Tomorrow, produced by John Burk and Marcus Miller. It featured his own vocal take on the Herb Alpert/Burt Bacharach tune "This Guy's in Love with You" that landed inside the Top 40 on the Dance Club Songs chart and hit the top spot at Jazz Albums. A pair of live albums, Live at Soho and Live at the Blue Note Tokyo, followed in 2011 and 2012, respectively. Koz emerged in June 2013 with the studio album Summer Horns. Billed to Dave Koz Friends, it was recorded in collaboration with saxophonists Gerald Albright, Mindi Abair, and Richard Elliot, and featured guest appearances by Michael McDonald, Brian Culbertson, Rick Braun, Jonathan Butler, and Jeffrey Osborne. The material was steeped in '60s and '70s horn-driven R&B, featuring covers of songs by Sly the Family Stone, Earth Wind Fire, Blood Sweat Tears, and Tower of Power, among others. 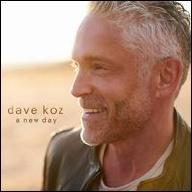 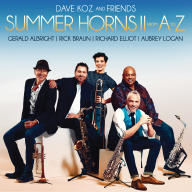 Summer Horns II From A To Z 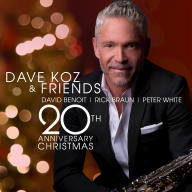 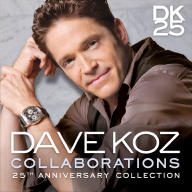 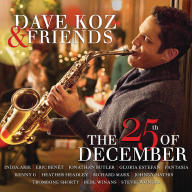 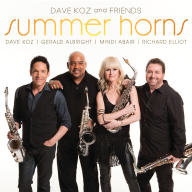 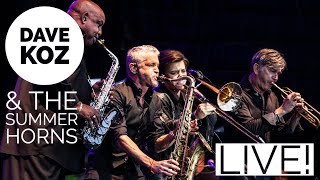 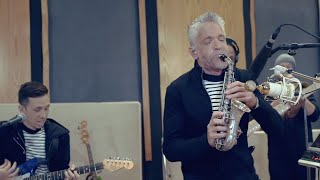 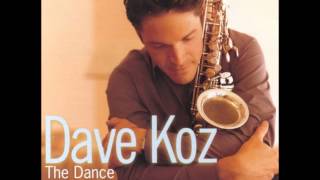 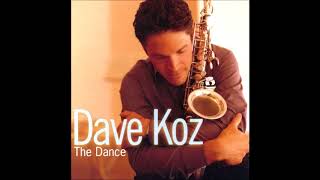 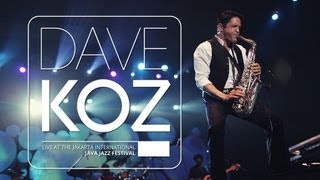 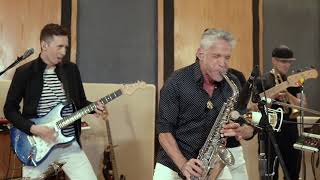 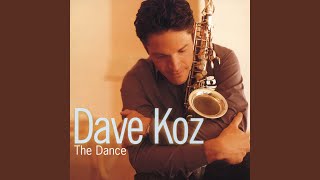