Close
Doc Severinsen
from Arlington, OR
July 7, 1927 (age 94)
Biography
For 25 years, Doc Severinsen was arguably the best-known trumpet player in America, appearing on television every weeknight as the leader of the Tonight Show Orchestra. Known for his exceptionally loud wardrobe, Severinsen often bantered good-naturedly with host Johnny Carson, while supplying the show's incidental music (bridging commercial breaks, introducing guests, etc.). Despite the musical limitations of that format, the Tonight Show Orchestra was increasingly considered one of the best big-band jobs available as time passed: generous exposure, steady work, and declining options elsewhere. Severinsen maintained a side career to allow himself to stretch out, recording bop, big-band swing, and crossover-friendly instrumental pop for a series of labels beginning in the '60s. When #The Tonight Show was on hiatus, he toured with smaller groups and guested with numerous jazz and pops orchestras around the country. He had his critics in the jazz world, partly because his albums weren't strictly jazz, but also partly because he didn't display his chops very often; he was an able bebop soloist with a bright, clean tone and a tremendous range in the upper register of his horn. In the mid-'80s, he finally brought the Tonight Show Orchestra into the studio for a series of popular and well-received recordings. When the orchestra broke up in 1992, Severinsen hit the road with a select group of alumni, and also continued his guest appearances around the country.

Carl Hilding Doc Severinsen was born on July 7, 1927, in Arlington, OR, and was initially nicknamed "Little Doc" after his father, a dentist. Starting music lessons at age seven, Severinsen originally wanted to play the trombone, although his violin-playing father urged him to take up that instrument instead. As it turned out, the trumpet was the only brass instrument available in their small town, and Severinsen got so good so quickly that he was performing with the local high school band while still seven years old. At age 12, he won the Music Educators' National Contest, and as a high schooler, he toured with Ted Fio Rito's orchestra. Upon finishing school, he joined a succession of touring big bands starting in 1945, including Tommy Dorsey (where he was a featured soloist), Charlie Barnet, Benny Goodman, and Noro Morales. In 1949, he settled in New York, where he worked as a staff musician for NBC and a recording session sideman, backing the likes of Dinah Washington and Anita O'Day. He moved over to television in 1952, and appeared on the original, Steve Allen-hosted #Tonight Show as a member of Skitch Henderson's orchestra.

In 1962, when Carson took over the show, Henderson made Severinsen his assistant orchestra leader. Around the same time, Severinsen cut the first of a series of albums for the Command label; his earlier efforts were largely standard big-band swing, but by the late '60s he had moved into groovy, swinging instrumental pop in the so-called "now sound" vein, often arranged by Dick Hyman. In 1966, Henderson abruptly departed #The Tonight Show under still-mysterious circumstances. Milton DeLugg briefly took over as his replacement, but Severinsen was promoted to the post of orchestra leader and musical director in 1967. His outlandish, brightly colored wardrobe and easy comic chemistry with Carson quickly cemented him into the job, where he would stay for the next 25 years.

In the meantime, Severinsen moved from Command over to RCA in the early '70s, and then went to Epic for 1975's Night Journey, a surprisingly credible foray into jazz-funk fusion. Even more surprisingly, Severinsen landed some disco play with the dance-club hits I Wanna Be With You and Night Journey in 1976. The follow-up LP, 1977's Brand New Thing, offered more of the same. In 1985, Severinsen recorded an album for Passport with a new fusion group called Xebron. The following year, he brought the Tonight Show Orchestra into the studio for their long-awaited first recording sessions, cutting a number of swing standards. The resulting album, The Tonight Show Band, was released on Amherst and sold briskly, also winning a Grammy for Best Jazz Large Ensemble Recording. A second, similar album, The Tonight Show Band, Vol. 2, was released in 1987. Facets, which found Severinsen working with crossover fusion ensembles and string orchestras, was a Top Ten jazz hit in 1988.

Severinsen returned to the studio with the Tonight Show Orchestra in 1991 for the well-reviewed Once More...With Feeling!; they followed it in 1992 with Merry Christmas From Doc Severinsen and the Tonight Show Orchestra. It proved to be their last hurrah together; Carson's retirement that year ushered in major changes at #The Tonight Show, and new host Jay Leno let Severinsen and the band go. Severinsen quickly gathered some of the band's most prominent members, and embarked on a sort of farewell tour of America. He would continue to tour with many of them during the '90s, most notably trumpeters Conte Candoli and Snooky Young, drummer Ed Shaughnessy, saxophonists Ernie Watts and/or Bill Perkins, and pianist Ross Tompkins. Additionally, Severinsen cut an album with the Cincinnati Pops (1992's Unforgettably Doc) and served as guest conductor for symphony orchestras in Minnesota, Milwaukee, Buffalo, and Phoenix; he also made numerous guest appearances as an instrumentalist, led brass workshops and clinics, and even moved into designing and manufacturing trumpets. After a lengthy hiatus from recording, he returned with 1999's Swingin' the Blues, which featured a generous selection of Tonight Show Orchestra alumni. ~ Steve Huey, Rovi 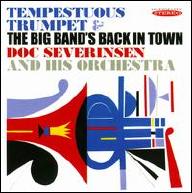 Tempestuous Trumpet / The Big Band's Back in Town
2013 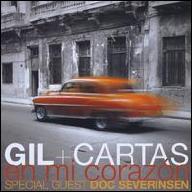 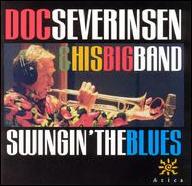 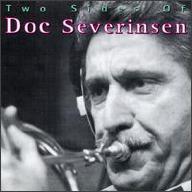 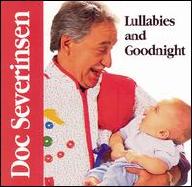 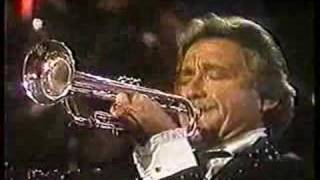 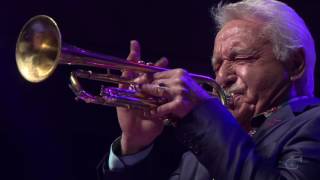 Doc Severinsen plays A NIGHT IN TUNISIA at CancerBlows 2015 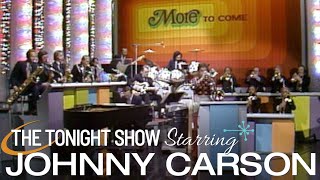 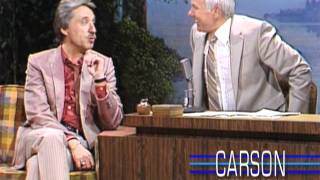 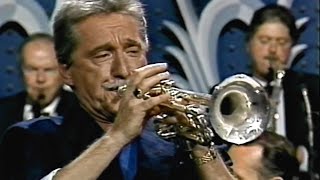 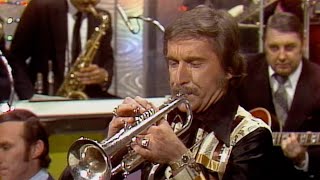 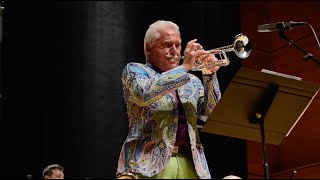