Close
Steve Young
from Newnan, GA
July 16, 1942 - March 17, 2016 (age 73)
Biography
A singer, tunesmith, and purveyor of what he dubbed "Southern music" -- a brew of country, folk, rock, blues, gospel, and Celtic styles -- Steve Young was a songwriter's songwriter, an acclaimed performer whose work found its greatest commercial success in the hands of other artists and earned him praise from the likes of Waylon Jennings, Townes Van Zandt, and Lucinda Williams. Born in Georgia and raised throughout the South, by his teens Young was already playing guitar and writing his own songs. In the early '60s, he moved to New York City and became affiliated with the burgeoning Greenwich Village folk music scene. After a brief return to Alabama, where he'd spent time growing up, he settled in California in 1964.

On the West Coast, Young found work as a postal carrier while striking up friendships with the likes of Stephen Stills and Van Dyke Parks. A tenure with the psychedelic folk unit Stone Country yielded an eponymous 1968 LP, and a year later Young issued his solo debut, Rock Salt Nails, a country-rock excursion featuring cameos by Gram Parsons, Chris Hillman, and Gene Clark. He moved to Reprise in 1971, and, with the title track of that year's Seven Bridges Road, he offered perhaps his best-known composition, popularized through a series of covers by artists like the Eagles, Joan Baez, Rita Coolidge, and Ian Matthews. He had another tremendous success when Waylon Jennings covered "Lonesome, On'ry and Mean" in 1973, turning it into a signature anthem of the outlaw country movement; later on, Hank Williams, Jr. notched a hit with "Montgomery in the Rain." As for his recording career, Young released 1975's Honky Tonk Man on the tiny Mountain Railroad label before his songwriting success earned him a shot with RCA. The result arrived with two excellent albums, 1976's Renegade Picker and 1978's No Place to Fall.

Despite his success as a songwriter, Young flirted with the charts but never rose beyond a devoted cult following. He spent the majority of the 1980s touring the world, garnering a reputation as a standout live performer, and released occasional records like 1982's To Satisfy You, 1987's Look Homeward Angel, and 1990's Long Time Rider, the latter two of which were recorded in the Netherlands. The trend continued into the next decade, and in 1991 he issued his first concert recording, Solo/Live, an acoustic collection summarizing his career to date along with pop and soul covers like "You Don't Miss Your Water" and "Drift Away." A second LP on Watermelon, Switchblades of Love, followed two years later and continued his creative renaissance, but he fell silent for much of the rest of the '90s. In early 2000, he finally returned with Primal Young on the Appleseed label. Songlines Revisited, Vol. 1 appeared in 2006.

In the latter years of his career, Young made occasional live performances and spent his spare time in his home recording studio. Young died in Nashville on March 17, 2016. His son Jubal Lee Young, a singer and songwriter in his own right, posted a eulogy online. "While it is a sad occasion, he was also the last person who could be content to be trapped in a broken mind and body," Jubal wrote of his father. "He was far too independent and adventurous. I celebrate his freedom, as well, and I am grateful for the time we had. A true original." ~ Jason Ankeny & Steve Huey, Rovi 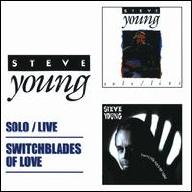 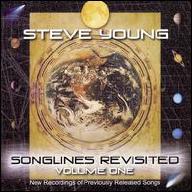 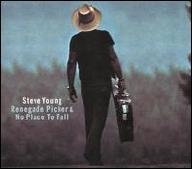 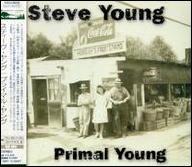 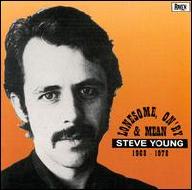 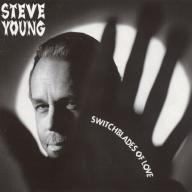 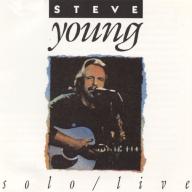 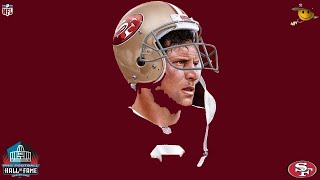 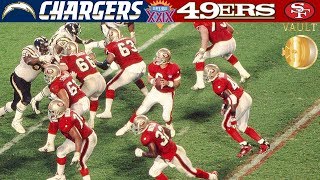 Steve Young Gets the Monkey Off His Back! (Chargers vs. 49ers, Super Bowl 29) | NFL Vault Highlights 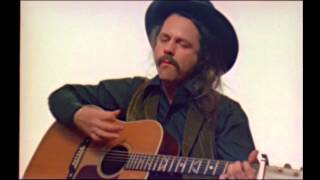 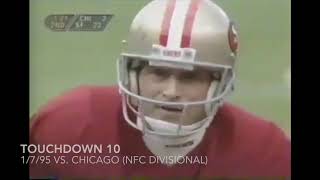 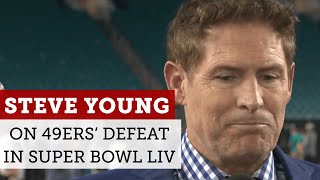