Close
Will Johnson
from Kennett, MO
March 23, 1971 (age 49)
Biography
A singer, songwriter, producer, painter, and multi-instrumentalist, Will Johnson is one of the most prolific artists in American indie rock. While he's best-known as the leader of the group Centro-Matic that formed in the late '90s, he also fronts the band South San Gabriel, has recorded a number of solo projects, served as a sideman and producer for a handful of other notable acts, and released close to 40 records with his various ensembles, outside of the dozens of compilations that have also included his work. Throughout the 2000s and 2010s, Johnson balanced his primary creative outlets with additional work as a member of bands like Undertow Orchestra, Monsters of Folk, New Multitudes, and Overseas. Also a visual artist; his paintings have appeared on the covers of Centro-Matic's albums, and he's shown a series of baseball-inspired pieces in special themed exhibits.

Johnson was born in Kennett, Missouri in 1971, and he developed a passion for rock & roll as a teenager, going so far to learn the guitar, bass, and drums parts to two of his favorite albums, the Replacements' Let It Be and Soul Asylum's Hang Time. After completing high school, Johnson relocated to Denton, Texas to attend the University of North Texas, where he took a double major in English and elementary education. He began making a name for himself as a drummer, and in 1991 he joined a Dallas-based band called Funland. Funland were successful enough that Johnson quit school for a while to keep up with their schedule, and they were briefly signed to Arista Records, which released the EP Sweetness in 1995. Within a few months of the record's release, Johnson had returned to Denton to complete his degree, and he began recording moody solo compositions on a four-track cassette machine. He credited the material to "The Centro-Matic Band," and his early self-released cassette albums began attracting positive attention in the local press. By 1996, the first proper Centro-Matic album, Redo the Stacks, had appeared -- his solo project had grown into a proper band with Mark Hedman on bass, drummer Matt Pence, and Scott Danborn on bass and keyboards. Centro-Matic released two cassette-only collections, four 7" singles, two EPs, and six albums between 1996 and 2001, and the group earned a passionate cult following for their richly evocative music and Johnson's powerful, literate songs.

In 2002, Johnson released his first solo album, Murder of Tides, and in 2003 he debuted South San Gabriel, which featured the same musicians as Centro-Matic but offered a more measured and contemplative musical approach. As both Centro-Matic and South San Gabriel continued to receive acclaim from critics and fans, Johnson began collaborating with a growing number of artists. He played guitar with Anders Parker's band Varnaline, drummed with Jay Farrar's Son Volt, formed the Undertow Orchestra with David Bazan, Vic Chesnutt, and Mark Eitzel, and toured with the all-star indie-folk ensemble Monsters of Folk. Patterson Hood of the Drive-By Truckers, an avowed Centro-Matic fan, recruited Johnson to sing backing vocals on the band's 2008 album Brighter Than Creation's Dark, and when Hood released his 2009 solo effort Murdering Oscar (And Other Love Songs), Johnson appeared on the record and toured in Hood's live band.

In 2011, after Centro-Matic released the album Candidate Waltz, Johnson was invited to collaborate in a special project; Johnson, Farrar, Parker, and Yim Yames (of My Morning Jacket) joined forces to make the album New Multitudes, in which they created new music for a collection of previously unpublished lyrics by Woody Guthrie. In 2012, Johnson's wholly solo work arrived in the form of the quickly recorded Little Raider EP and later the full-length album Scorpion, an intensely lonely collection of spare songs and solitary moods. Both recordings were released on Johnson's own indie imprint, Undertow Music. To support Scorpion, Johnson embarked on a tour in the fall of that year that included both traditional club settings as well as more intimate living room shows in the houses of various fans and supporters. After a 2014 Centro-Matic release, Take Pride in Your Long Odds, he resumed his solo work first with 2015's Swan City Vampires then Hateras Night, A Good Luck Charm, which arrived two years later. The single "A Solitary Slip" appeared in July 2019 in advance of Johnson's next solo outing, Wire Mountain. ~ Mark Deming, Rovi 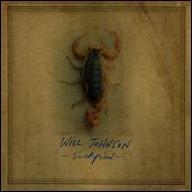 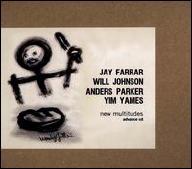 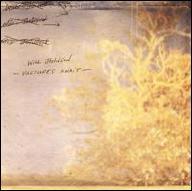 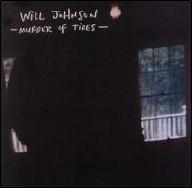 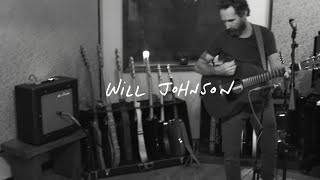 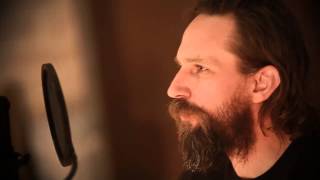 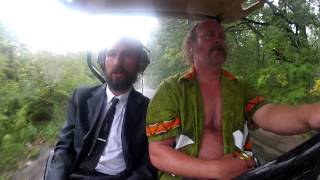 Will Johnson "You Will Be Here, Mine" from Scorpion. 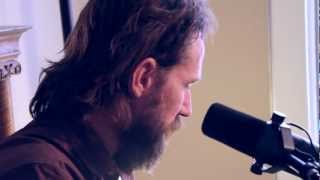 Will Johnson, "You Will Be Here, Mine" 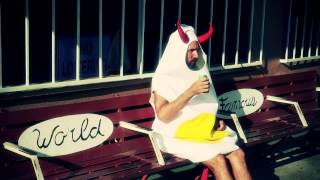 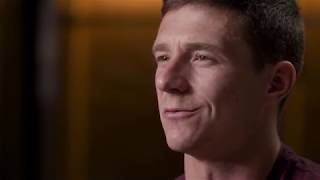 Continue to Believe | Will Johnson 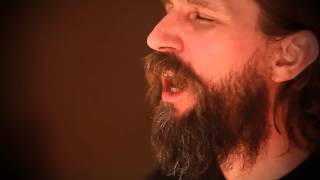 Will Johnson "I, The Kite"
Available here: