Close
Clive Davis
from Brooklyn, NY
April 4, 1934 (age 87)
Biography
A Harvard Law School graduate, Clive Davis, disheartened by his lack of status as a young lawyer, joined Columbia Records in 1960 as a contract lawyer. One of his first assignments was to renegotiate Bob Dylan's contract, which had apparently become void after the singer had turned 21. Davis outsmarted Dylan and, by forcing him to renew, the young lawyer caught the eye of Columbia's head, Goddard Lieberson. Through hard work and internal squabbling, Davis worked his way through the ranks, becoming vice president of CBS Records.

In 1967, Davis took over as president and transformed the lagging label into an industry powerhouse by updating its roster to coincide with the emergence of rock music. Attending the Monterey Pop Festival in 1967, Davis realized the potential of rock and signed Big Brother the Holding Company, as well as Santana and the Electric Flag; other acts such as Chicago, Billy Joel, and Bruce Springsteen followed. And, even though Davis played a substantial part in the development of those early careers, by the time he published his memoirs in 1975, he had forgotten everyone else who was involved, giving sole credit to himself. Behavior like this was typical, and by 1973, many at CBS had grown tired of Davis and were looking for a way to get him out. The opportunity came when one of Davis' go-fers, David Wynshaw, was investigated for reputed mob ties. Searching Wynshaw's office at CBS, authorities found that he had faked invoices and expense accounts on his boss' behalf. Evidence emerged that Davis had used company funds to bankroll his son's bar mitzvah. In a move that shocked the industry, Davis was fired not long afterwards. After pleading guilty to tax evasion, Davis was hired at the record division of Columbia Pictures. He renamed the company Arista and immediately built a strong reputation by signing Barry Manilow.

The label gained respect when they released Patti Smith's influential Horses in 1975, and two years later the Grateful Dead would be added to the roster. Davis' "golden ears" were in full effect throughout the '80s and '90s with new acts like Kenny G, Sarah McLachlan, and Whitney Houston (whom Davis first showcased on The Merv Griffin Show) all coming aboard. Arista's Nashville division was launched in 1988 with Alan Jackson, Brooks Dunn, Diamond Rio, and others earning the label over 150 major industry awards over the years. Although Davis admitted that he'd ''never get rap music,'' he made a financial agreement with urban producers L.A. Reid and Babyface to form LaFace Records in October 1989. TLC, Toni Braxton, Monica, OutKast, and P!nk were some of the successful artists that LaFace brought to Arista, so it was no surprise when Davis announced a 50/50 deal with Sean Puffy Combs. Their joint venture, Bad Boy Records, added more urban power to Arista with a thriving roster. With Puffy, Notorious B.I.G., Faith Evans, Mase, and 112, Bad Boy sold more than 12 million albums in its first three years. Arista's 25th anniversary arrived in 1996, a year with $425 million in sales and 69 gold or platinum discs. A year later, Davis received his star on Hollywood's Walk of Fame. In 1999 he signed Santana, whose Supernatural earned the label an amazing nine Grammys and 26 million copies sold worldwide.

By 2000, Arista was responsible for 33 percent of their parent label BMG's sales, but rumors had been spreading that BMG leadership was trying to force Davis out of his role at the label and replace him with L.A. Reid. According to The Wall Street Journal, Davis received an offer to stay on with Arista as an advisor or join a new-media venture backed by BMG. Davis issued a press release stating he no plans to retire, and Aretha Franklin and Bruce Springsteen offered pro-Davis, anti-BMG quotes to the press. Citing his age and lack of vision, Davis was deposed from the presidency of Arista and Reid took over. BMG was soon back in business with Davis, outbidding other labels to the tune of $150 million to finance his new venture, J Records (shorthand for Davis' middle name, Jay). To round out the year, Davis listened with tears in his eyes as Patti Smith inducted him into the Rock and Roll Hall of Fame and NBC television aired the two-hour special 25 Years of #1 Hits: Arista Records Anniversary Celebration. Within its first year, J Records had albums by Alicia Keys, O-Town, Luther Vandross, and Busta Rhymes in the Top Ten, and a year later, Rod Stewart joined the label. BMG executives called Davis in for a meeting in early 2003, but this time he was named Chairman/CEO of the RCA Music Group. The position put him in charge of the classic RCA label and back in charge of Arista.

BMG merged with Sony in 2004, and in 2008 the label named him Chief Creative Officer for Sony BMG. He'd later become Chief Creative Officer of Sony Music. Davis remained in the pop culture spotlight via his productions; he won Grammys for the aforementioned Santana album Supernatural in 2000, Kelly Clarkson's 2006 set Breakaway, and Jennifer Hudson's eponymous 2009 album. Davis published a memoir called The Soundtrack of My Life in 2013. Four years later, a Davis documentary called Clive Davis: The Soundtrack of Our Lives saw release; fittingly, it was accompanied by a soundtrack. ~ Steve Kurutz, Rovi 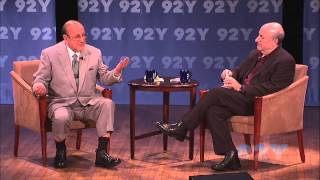 Clive Davis: On Being Bisexual 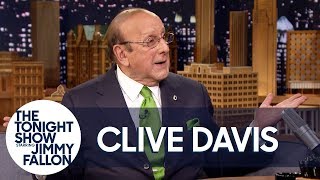 Clive Davis Shares His Advice That Made Bruce Springsteen's Career 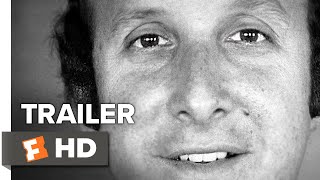 Clive Davis: The Soundtrack of Our Lives Trailer #1 (2017) | Movieclips Indie 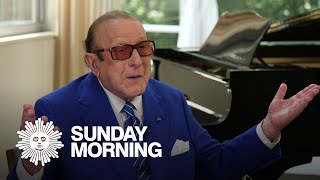 Clive Davis on "We Love NYC: The Homecoming Concert" 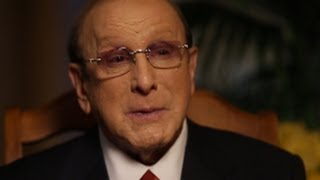 Clive Davis on Life and His Long Career 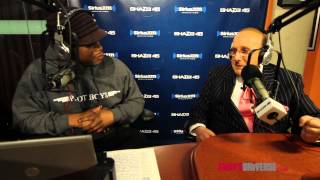 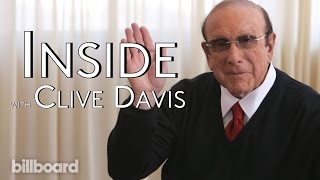