Close
D.J. Fontana
from Shreveport, LA
March 15, 1931 - June 13, 2018 (age 87)
Biography
As the longtime drummer behind Elvis Presley, D.J. Fontana was a seminal force in the development of rock & roll, joining guitarist Scotty Moore and bassist Bill Black in the supporting cast of some of the most enduring and influential records ever created. Bridging the gap between the swing of the big-band drummers and the raw power of their British Invasion counterparts, Fontana was explosive yet efficient, establishing the rhythmic foundation upon which successive generations of popular music is built. No less an authority than the Band's Levon Helm once stated "Elvis and Scotty and Bill were making good music, but it wasn't rock & roll until D.J. put the backbeat into it."

Born Dominic Joseph Fontana in Shreveport, Louisiana, on March 15, 1931, he first earned notice drumming behind T. Tommy Cutrer, a radio personality with Shreveport station KCIJ who moonlighted as a country singer. Fontana also played local nightclubs and strip joints, and in 1953 was named the house drummer of The Louisiana Hayride, the legendary radio showcase broadcast each Saturday evening from Shreveport's Municipal Auditorium. So not to offend country purists, he was forced to perform from behind the stage curtain. Fontana remained out of sight on October 16, 1954, when he backed Presley, Moore, and Black during their first Hayride appearance. Fontana was the first drummer ever to back Presley on-stage, steadfastly avoiding his cymbals and playing only the backbeat in order to best complement the music.

Although audience response was mixed, Hayride producers invited Presley for a return engagement the following month. This time Fontana performed in front of the curtain, and when Presley's stage gyrations sent the mostly young, mostly female crowd into screaming fits, the singer was offered a 12-month contract with the program. At the end of their Louisiana Hayride tenure in November 1955, Moore and Black convinced Presley to add Fontana to the lineup full-time, and after the RCA label acquired the singer's recording contract from Sun Records, Fontana cut his first studio session on January 10, 1956, backing Presley on five songs, including his million-selling breakthrough hit, "Heartbreak Hotel." Fontana's résumé is remarkable by any standard: he remained with Elvis for 14 years, playing on more than 400 songs and close to 50 recording sessions across a 12-year span, among them landmark hits including "Hound Dog," "Don't Be Cruel," and "Jailhouse Rock."

Although Moore and Black walked out on Presley in 1958 in response to a royalty dispute with manager Colonel Tom Parker, Fontana remained with the organization. Moore eventually returned to the fold, and in late 1965 both men served as pallbearers at Black's funeral. Moore and Fontana also backed Presley during his legendary 1968 NBC television comeback special, effectively serving as a security blanket against the singer's apprehensions about returning to lean, mean rock & roll following so many years of bloated Hollywood pap. Fontana finally cut ties with Presley once and for all in early 1969. He, Moore, and longtime backing vocalists the Jordanaires balked at Parker's latest salary offer, and when the Colonel called their bluff, quickly assembling a new backing crew, it was all over. Fontana settled in Nashville to pursue a session career, and in the years to follow he played on records headlined by Paul McCartney, Johnny Cash, Dolly Parton, and Waylon Jennings. In 1983 Fontana published his memoirs, D.J. Fontana Remembers Elvis, and in August 1997 -- the 20th anniversary of Presley's death -- he and Moore reunited for All the King's Men, a Grammy-winning collection featuring cameos by the Rolling Stones' Keith Richards, fellow guitar great Jeff Beck, and members of the Band. D.J. Fontana died in June 2018 at the age of 87. ~ Jason Ankeny, Rovi 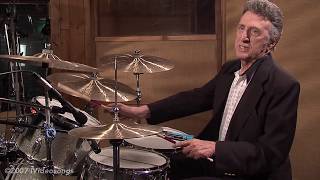 How to Play Drums on Hound Dog by Elvis Presley with D.J. Fontana 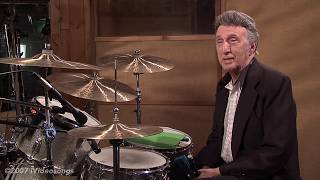 How to Play Drums on Don't Be Cruel by Elvis Presley with D.J. Fontana 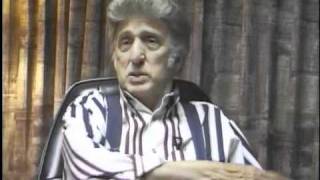 D. J. Fontana Talks About His Years With Elvis 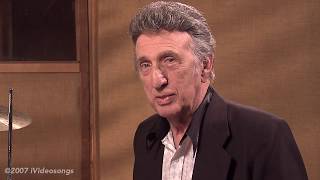 How to Play Drums on Heartbreak Hotel by Elvis Presley with D.J. Fontana 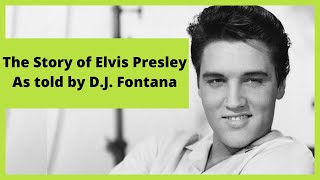 The Story of Elvis Presley as told by D.J. Fontana 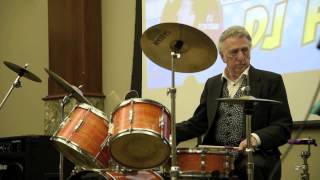