Close
John Lydon
from Finsbury Park, London, England
January 31, 1956 (age 65)
Biography
As the true brains behind the Sex Pistols, John Lydon -- formerly Johnny Rotten -- is easily one of the most influential and revered figures in rock roll. The godfather of British punk, a leader in the arty post-punk movement with Public Image Ltd., and a participant in the alternative rock scene his earlier work helped inspire, Lydon has forged a stubbornly idiosyncratic body of work that reflects both his love of challenging his audience and his snarling contempt for shallowness and conformity.

John Joseph Lydon was born in Finsbury Park, London, England, on January 31, 1956, into a poor, working-class family of Irish descent. At age seven, Lydon contracted spinal meningitis and spent half a year slipping in and out of comas; when he finally recovered, most of his memory had been erased, and he was left with minor damage that eventually popped up in elements of his stage persona (i.e., a piercing stare necessary for him to focus on objects). He proved quick-witted, creative, and highly individualistic, qualities that were not necessarily welcome in the British school system. A move to a state-run school as a teenager allowed greater freedom of expression and dress, which young Lydon used to cultivate the "anti-fashion" look that punk would later popularize. Lydon frequented a clothes shop called Sex, which was run by would-be rock roll gurus and provocateurs Malcolm McLaren and Vivienne Westwood; McLaren eventually had Lydon audition for a band he was putting together called the Sex Pistols. Lydon's audition consisted of tunelessly bellowing Alice Cooper's Eighteen, but he did so with panache, and was hired as lead singer.

There are several versions of where the name Johnny Rotten came from; Lydon himself asserts that it was bestowed by Pistols guitarist Steve Jones on account of his teeth, which were green at the time he joined the band. As Johnny Rotten, Lydon's performing persona was sneering, cocksure, and sarcastic, yet with an intelligent underpinning of disillusionment with the political, social, and musical status quo; while McLaren and the Pistols had vague ideas about provoking the public, it was Lydon's attitude and lyrics that provided the direction, as he sang of Anarchy in the U.K. and mocked the Queen herself in God Save the Queen ("she ain't no human being"). Such political heresies got the band attacked in the streets of London; Lydon was stabbed in the hand in June 1977 by a gang of angry pro-royalists.

The Pistols quickly spiraled out of control; Sid Vicious' musical incompetence and heroin addiction, plus McLaren's glaring mismanagement, took their toll on the bandmembers. Lydon became increasingly dissatisfied and frustrated, essentially alone in his criticism of McLaren, and tensions between him and the rest of the group escalated. When the band broke up after the disastrous San Francisco gig of their 1978 American tour, Lydon made his way back to England, where he put together Public Image Ltd. under his real name later that year.

Groups like Wire, the Fall, and Gang of Four had already begun experimenting with the new sonic possibilities that punk had opened up, a movement tagged "post-punk." Lydon's taste in music had always run toward the eclectic and experimental -- Can, Captain Beefheart, reggae and dub, and exotic sounds from Asia and the Middle East -- but Public Image Ltd. gave him the opportunity to put them all together with rock roll. Early PiL efforts like Metal Box (aka Second Edition) and Flowers of Romance were arty and highly experimental, yet somehow commercially successful in England, even in spite of a backlash from punk purists. As the band's personnel shifted, Lydon directed their sound toward a more accessible guitar-heavy dance-rock on records like Album and Happy?, which helped earn the group a following among American alternative rock fans during the mid- to late '80s -- again in spite of carping from those who preferred the group's more challenging early efforts.

The final PiL album, That What Is Not, was released in 1992 to less than enthusiastic reviews. Lydon took time off to write his memoirs, published in 1994 under the title -Rotten: No Irish, No Blacks, No Dogs. He then dissolved Public Image Ltd., ostensibly to pursue a solo career; however, he announced a different direction in 1996, when he again confounded expectations by reuniting with the original Pistols lineup to play a series of summer tour dates and record the album Filthy Lucre Live. 1997 finally saw the release of Lydon's first solo album, Psycho's Path; while the music was both guitar-based and danceable, in the tradition of later PiL, Lydon also attempted to incorporate some of the innovations of the wave of electronica that had taken shape since his last PiL effort. ~ Steve Huey, Rovi 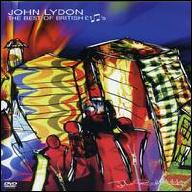 Best of British One Pound Notes
2005 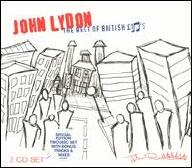 The Best of British One Pound Notes
2005 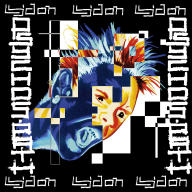 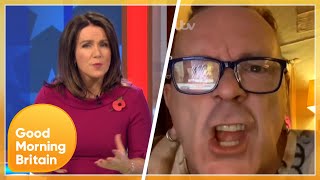 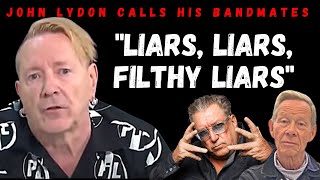 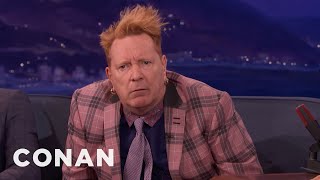 John Lydon Is Proud To Be An American | CONAN on TBS 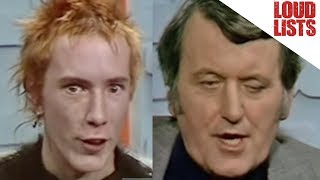 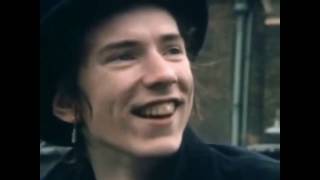