Close
Joey DeFrancesco
from Philadelphia, PA
April 10, 1971 (age 50)
Biography
The music of Joey DeFrancesco -- an important force in the revival of the Hammond B-3 organ as a jazz instrument in the 1970s and '80s, as well as a trumpeter and vocalist -- runs the gamut from soul-jazz and bluesy grooves à la Jimmy Smith to hard bop and the advanced modal style of Coltrane disciple Larry Young. A Grammy-nominated artist for such albums as 2014's Enjoy the View and 2017's Project Freedom, he has worked with Miles Davis, Larry Coryell, Benny Golson, George Benson, and dozens more. In addition to issuing over 30 albums under his own name, DeFrancesco is a much sought-after sideman and soloist.

Born on April 10, 1971, in the Philadelphia suburb of Springfield, Pennsylvania, DeFrancesco was the son of another Philly-area jazz organist, Papa John DeFrancesco, and the grandson of multi-instrumentalist Joe DeFrancesco, who worked with the Dorsey Brothers. He began playing piano at age four and quickly switched to his father's instrument, preferring the sound of the Hammond B-3 over the modern synthesizers that had become the dominant alternative to piano. He began sitting in at his father's club gigs around age six; by ten he was performing paying gigs on the weekends and sitting in with artists like Jack McDuff and Groove Holmes.

DeFrancesco continued to study through high school, drawing from Philadelphia's rich jazz organ heritage and the numerous veteran players who still found work on the city's club scene. At 16, he was the first recipient of the Philadelphia Jazz Society's McCoy Tyner Scholarship, and was also a finalist in the Thelonious Monk International Jazz Piano Competition. He met Miles Davis on a local television show and impressed the trumpeter enough that DeFrancesco was invited on tour following his high school graduation in 1988.

After appearing on the well-received Live Around the World and Amandla albums, DeFrancesco scored a solo deal with Columbia and released his debut as a leader, All of Me, in 1989. Four more Columbia albums followed (Where Were You?, Part III, Reboppin', Live at the Five Spot), one per year, and DeFrancesco's reputation grew steadily, helped by the fact that as a virtuosic yet vintage-style organist, he was something of an anomaly on the early-'90s jazz scene. His arrival presaged -- and, in fact, helped kick-start -- a renewal of interest in organ jazz of all stripes, and he remained one of the most versatile and advanced of the new breed of players. Inspired by Davis, he even picked up the trumpet as a second instrument.

After parting ways with Columbia, DeFrancesco recorded sets for Muse and Big Mo, and began working extensively with guitarist John McLaughlin. His appearance on 1994's After the Rain and his subsequent international tour with McLaughlin brought him to a whole new audience. He spent the next few years working mostly as a sideman, however, and returned to the studio under his own name in 1998, recording All or Nothing at All for Big Mo; he also appeared with his father on All in the Family for High Note. The following year brought The Champ, a tribute to Jimmy Smith (also on High Note) and a new record deal with Concord Jazz, which kicked off with the Mafia movie soundtrack tribute Goodfellas.

DeFrancesco finally teamed up with longtime hero Jimmy Smith for 2000's Incredible!, and issued the Concord follow-up Singin' and Swingin' in 2001, which spotlighted his easygoing vocals. In the meantime, he also continued to record sessions for High Note, including the sequel The Champ: Round 2 (2000) and another tribute to one of his influences, The Philadelphia Connection: A Tribute to Don Patterson (2002).

Always a busy and prolific artist, DeFrancesco released five albums over the next five years, including 2003's Falling in Love Again, which featured jazz singer Joe Doggs; 2004's Plays Sinatra His Way; 2005's Legacy, again with Jimmy Smith; and 2006's Organic Vibes. Live: The Authorized Bootleg followed in 2007 from Concord Records, while Joey D! appeared in 2008. DeFrancesco paid tribute to one of his idols with 2009's Finger Poppin: Celebrating the Music of Horace Silver. In 2010, DeFrancesco returned with the similarly minded tribute album Never Can Say Goodbye: The Music of Michael Jackson. The following year, DeFrancesco celebrated his 40th birthday with the release of the studio album 40.

In 2012, he was joined by guitarist Larry Coryell and drummer Jimmy Cobb for the album Wonderful! Wonderful!, followed by One for Rudy in 2013. DeFrancesco then collaborated with vibraphonist Bobby Hutcherson and saxophonist David Sanborn on the 2014 trio album Enjoy the View. In 2015, he delivered the soulful quartet effort Trip Mode. Project Freedom followed in 2017 on Mack Avenue. The album featured DeFrancesco alongside drummer Jason Brown, guitarist Dan Wilson, and saxophonist Troy Roberts.

In the spring of 2018, the organist collaborated with Van Morrison for the Irish singer/songwriter's 39th album, You're Driving Me Crazy; the set was co-billed. Cut over a few days in a San Francisco studio with DeFrancesco's quartet and new drummer Michael Ode, the set offered the pair's reworking of jazz and blues standards alongside re-envisioned tracks from Morrison's catalog. The Grammy-nominated In the Key of the Universe arrived in 2019, and featured drummer Billy Hart, saxophonist Troy Roberts, and percussionist Sammy Figueroa, along with a guest appearance by saxophonist Pharoah Sanders. ~ Steve Huey, Rovi 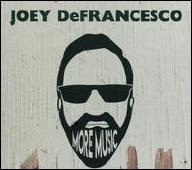 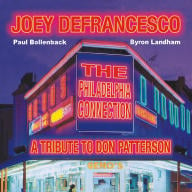 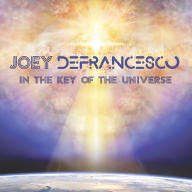 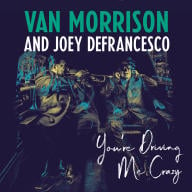 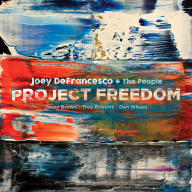 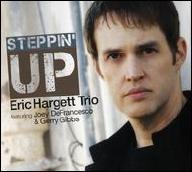 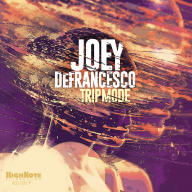 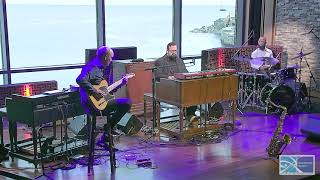 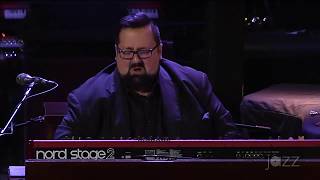 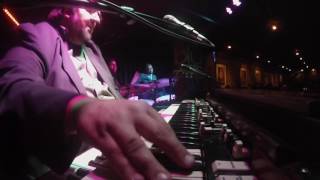 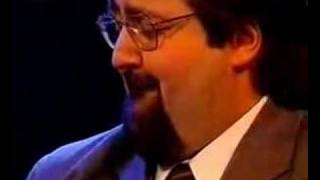 Joey DeFrancesco Trio - Fly me to the Moon 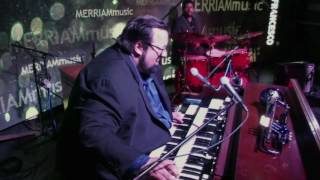 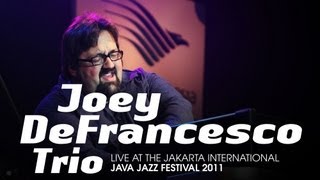 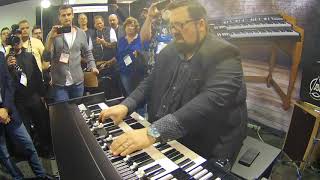