Close
Silent Servant
Biography
Silent Servant is the primary pseudonym of California electronic artist Juan Mendez, who produces techno with a heavy post-punk/industrial influence. He first began releasing material as Silent Servant during the mid-2000s, when he was a key member of the influential techno collective Sandwell District. Following numerous well-received underground singles, he made a major impact on the techno world with Negative Fascination, his acclaimed 2012 full-length debut. Following Mendez's co-founding of the Jealous God label in 2013, as well as several singles and collaborations with the likes of Marcel Dettmann and Phase Fatale, Silent Servant released his second album, the more overtly EBM-influenced Shadows of Death and Desire, in 2018.

With a musical history stretching back to the mid-'90s, Mendez is no stranger to the techno scene. Originally producing as Jasper and running the experimental techno label Cytrax, Mendez befriended Karl O’Connor (Regis) at the end of the nineties and formed a long-lasting friendship that helped develop the Silent Servant sound. Mendez became affiliated with the Sandwell District label/music collective -- along with O’Connor, Dave Sumner (Function), and Peter Sutton (Female) -- serving as its art director, and it wasn't long before the first Silent Servant material emerged. 2006's The Silent Morning mined the experimental sound that he'd produced as Jasper, while also drawing on Karl O'Connor's industrial-influenced style of techno that his label Downwards had become known for.

2008 saw the release of two more 12" singles, "Violencia" and "The Blood of Our King," both on Sandwell District. Splitting his time between the Sandwell District project while helping his wife, Camella Lobo's own outfit Tropic of Cancer, Mendez's Silent Servant output slowly gathered pace. A handful of releases between 2009 and 2011 -- most notably Negative Fascination, El Mar, and Hypnosis in the Modern Age -- saw the Silent Servant sound evolve. With the Sandwell label brought to a close at the end of 2011, Mendez focused on recording what would become his debut album, and a chance meeting with Dominic Fernow (Vatican Shadow, Prurient, Cold Cave) enabled Mendez sign the unfinished album to Fernow’s Hospital Productions label. Released in 2012, Negative Fascination brought together all of Mendez's influences: his early techno productions as Jasper, the shoegaze and post-punk sound of Tropic of Cancer, and the industrial-techno of Sandwell District and Downwards.

In 2013, Mendez co-founded the Jealous God label, along with O'Connor and James Ruskin. Jealous God focused on industrial-influenced techno via early releases, including 12"s by Silent Servant and Ruskin as well as Broken English Club and In Aeternam Vale. Mendez produced visual art as Silent Editions, and as Silent Servant, he released singles and EPs on labels like Mote-Evolver (History Survivors, with Lucy) and Cititrax (Violence and Divinity, with Broken English Club). Hypnosis in the Modern Age, Vol. 2 appeared on L.I.E.S. in 2016. In 2018, Silent Servant and Phase Fatale collaborated on Confess, the first release by the BITE label. He then returned to Hospital Productions with Harm in Hand, an EP which explored his EBM and post-punk influences more explicitly than his past material. The subsequent full-length Shadows of Death and Desire continued in this direction. ~ Richard Wilson & Paul Simpson, Rovi 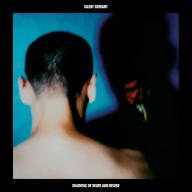 Shadows of Death and Desire
2018 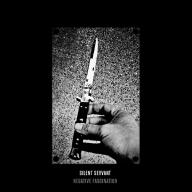 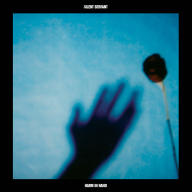 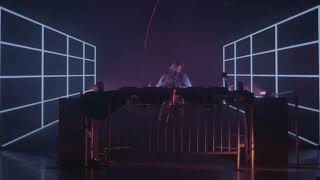 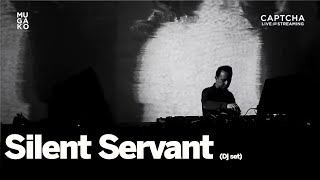 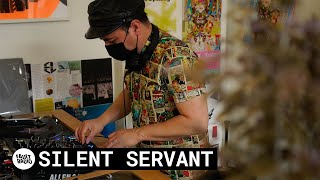 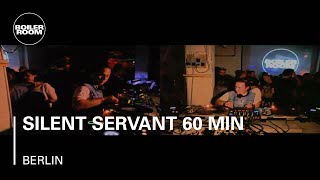 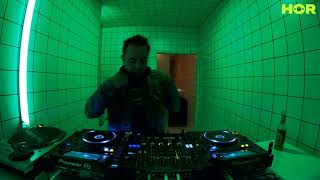 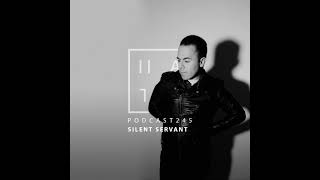 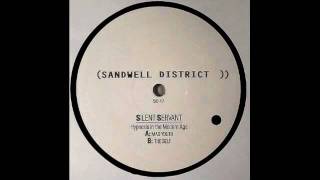