Close
The Chicks
from Dallas, TX
formed January 1, 1989 (age 32)
Biography
The Chicks were the preeminent country group of their generation, transforming the sound and sensibility of the genre at the dawn of the 2000s with their multi-platinum albums Wide Open Spaces, Fly, and Home. Steeped in country tradition -- in their earliest incarnation anchored by Emily Strayer and Martie Maguire, they were a western outfit, singing songs by Texan troubadours -- the Chicks were transformed when Natalie Maines joined the band in 1995. Maines brought a steely defiance and an unorthodox pop/rock sensibility to the band, characteristics that were evident on 1998's Wide Open Spaces, but its 1999 sequel Fly is where this blend reached full bloom. Fly inched into the pop mainstream, with its revenge anthem "Goodbye Earl" cracking Billboard's Top 20 and the record itself being nominated for a Grammy Album Of The Year. Home proved it was no fluke: the 2002 album gave the trio two Top Ten pop singles in "Long Time Gone" and "Landslide," while maintaining a robust presence on country radio. The cross-platform success didn't last for long. Just prior to the U.S. invasion of Iraq in March of 2003, Maines told a London audience the band were "ashamed" of President George W. Bush, who also hailed from Texas. The country music establishment abandoned the Chicks in short order, pulling their music from the airwaves. The trio rallied for Taking the Long Way, a 2006 album that took home five Grammys including Album Of The Year, but after its release, the Chicks took an extended hiatus. By the time they returned in 2020 with Gaslighter, an album that fully embraced pop, they were hailed as the most influential country band of their generation, cited as an influence by scores of younger musicians.

Sisters Martie and Emily Erwin were raised in Addison, Texas, a suburban town on the northern edge of Dallas. Both girls showed a talent for stringed instruments at an early age, with Martie mastering the fiddle and Emily learning the five-string banjo. Following their high school graduation, the Erwins joined bassist Laura Lynch and guitarist Robin Lynn Macy to form the Chicks. Originally called Dixie Chicks in homage to Little Feat's 1973 classic song "Dixie Chicken," the group initially promoted a classic cowgirl image, wearing rhinestone-studded regalia and honing a mix of traditional country, folk, and bluegrass; the bandmembers even paid homage to Roy Rogers' cowgirl co-star/wife on their independent debut, 1990's Thank Heavens for Dale Evans. As the decade progressed, however, the band's image and sound became more contemporary, often bridging the gap between country and pop music.

The move toward a more contemporary sound began with 1992's Little Ol' Cowgirl, a transitional record whose new direction (aided in part by the contributions of several sidemen, including steel guitar legend Lloyd Maines) resulted in Macy's departure. With Lynch now handling lead vocals, the remaining trio resurfaced in 1993 with Shouldn't a Told You That. They signed with Sony's newly revived Monument imprint in 1995, but Lynch left the group shortly thereafter: According to a December 10, 1998 feature in The Dallas Observer, both she and Macy were victims of the Erwins' desire to foster a more youthful image. Soon named as Lynch's replacement was 21-year-old lead vocalist Natalie Maines, Lloyd Maines' able-voiced daughter.

The lineup switch brought with it a new contemporary wardrobe and an equally modernized country sound; still, few predicted the massive success of the Chicks' 1998 major-label debut, Wide Open Spaces. After the leadoff single "I Can Love You Better" became the group's first Top Ten country hit, both "There's Your Trouble" and the winsome title track rose to the top of the Hot Country Songs chart. Wide Open Spaces went quadruple platinum within its first year and eventually became the best-selling group album in country music history, earning a slew of Grammy and CMA awards along the way. Fly followed in 1999, immediately returning the Chicks to the upper reaches of the country charts with the lead single "Ready to Run." Another smash hit was "Goodbye Earl," which spun the tale of an abusive husband who died at the hands of his vengeful wife. Although the lyrics owed a good deal to black comedy, "Goodbye Earl" (as well as another song, "Sin Wagon," whose lyrics touched upon Maines' desire to "do a little mattress dancing") proved that the Chicks didn't always adhere to the conservative ideals of their country fan base. This outspoken attitude initially contributed to their success, but Maines' future comments about President Bush would plunge the band into controversy in later years.

The Chicks were now genuine superstars, and they joined the likes of Shakira, Mary J. Blige, Cher, and Celine Dion for the filming of VH1's Divas Show in 2002. Three months later, they were back in the game with the release of their sixth album, which eschewed the polished sound of their recent work for a nostalgic, bluegrass-based style. Home marked their first release on their own Sony imprint, Open Wide Records; it also gave them their first two Top Ten hits on the pop charts with "Long Time Gone" and "Landslide" (a stirring cover of the Fleetwood Mac original). Top of the World Tour: Live and its accompanying DVD arrived in 2003, capturing the band's strength as a live act.

However, the Top of the World Tour also marked a turning point for the group. On opening night in London, Maines spoke out against the Iraq War, stating that the girls were ashamed to share their home state with President Bush. Many American fans lashed out in response, and the Chicks watched as country radio boycotted their latest album. Released in 2006, Taking the Long Way dealt with that backlash (which included death threats, group protests, and a chilly reception at the 2003 ACM Awards) with songs like "Not Ready to Make Nice," which won three Grammy Awards and helped reestablish the band as a commercial force. The album itself netted an additional two Grammys, and "Not Ready to Make Nice" earned the Chicks their highest peak to date on the pop charts. Taking the Long Way only sold two million copies in America, though -- a commercial letdown compared to the group's three previous albums -- and the Chicks temporarily disappeared after the 2007 Grammy Awards.

For several years, things were quiet in the Chicks' camp. Sisters Emily Strayer and Martie Maguire eventually formed a new band, the Court Yard Hounds, and began making plans for an album release and accompanying tour. In March 2010, however, the Chicks announced a string of summer concerts alongside the Eagles and Keith Urban, prompting the Court Yard Hounds to cancel their own tour. In September 2006, at the end of the frenzied media tour for the release of the Taking the Long Way album, the Chicks recorded an intimate live set at the Los Angeles Theater as part of VH1's Storytellers series, and the performance was finally released on DVD and Blu-ray in 2011, further illustrating the trio's strength as a live act.

The Chicks returned in 2013 for a series of concerts called The Long Time Gone Tour. This ran into 2014 and in 2015, and they embarked on the DCX MMXVI tour that was extended into 2016. An album culled from the tour, also called DCX MMXVI, appeared in September 2017. March 2020 saw the arrival of "Gaslighter," the punchy first single from the album of the same name, which arrived in July of that year. Prior to its release, the band abandoned their original name of Dixie Chicks for the Chicks, a change inspired by the civil rights protests in the summer of 2020. ~ Andrew Leahey & Steve Leggett, Rovi 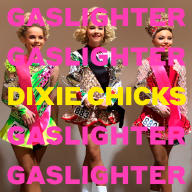 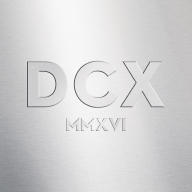 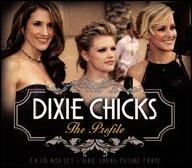 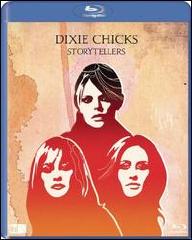 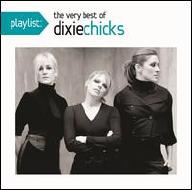 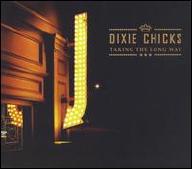 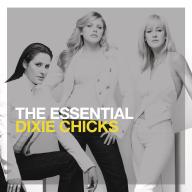 The Essential The Chicks
2006
Videos
Close 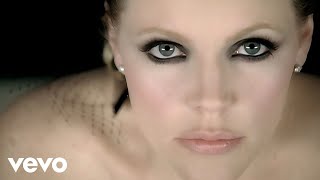 The Chicks - Not Ready To Make Nice (Official Video) 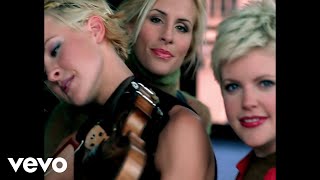 The Chicks - Cowboy Take Me Away (Official Video) 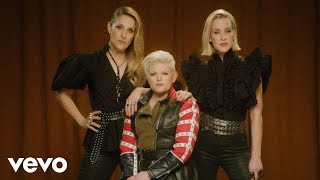 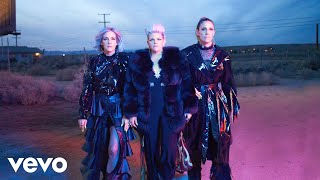 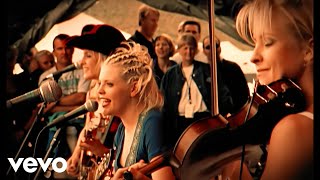 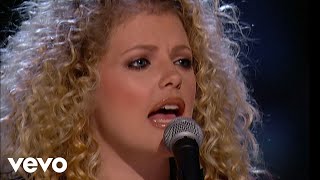 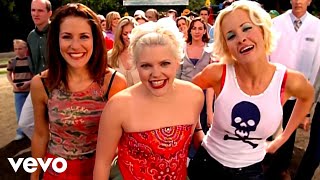