Close
Max Roach
from New Land, NC
January 10, 1924 - August 16, 2007 (age 83)
Biography
In a profession star-crossed by early deaths -- especially the bebop division -- Max Roach was long a shining survivor, one of the last giants from the birth of bebop. He and Kenny Clarke instigated a revolution in jazz drumming that persisted for decades; instead of the swing approach of spelling out the pulse with the bass drum, Roach shifted the emphasis to the ride cymbal. The result was a lighter, far more flexible texture, giving drummers more freedom to explore the possibilities of their drum kits and drop random "bombs" on the snare drum, while allowing bop virtuosos on the front lines to play at faster speeds. To this base, Roach added sterling qualities of his own -- a ferocious drive, the ability to play a solo with a definite storyline, mixing up pitches and timbres, the deft use of silence, the dexterity to use the brushes as brilliantly as the sticks. He would use cymbals as gongs and play mesmerizing solos on the tom-toms, creating atmosphere as well as keeping the groove pushing forward.

But Roach didn't stop there, unlike other jazz pioneers who changed the world when they were young yet became set in their ways as they grew older. Throughout his carer, he had the curiosity and the willingness to grow as a musician and as a man, moving beyond bop into new compositional structures, unusual instrument lineups, unusual time signatures, atonality, music for Broadway musicals, television, film and the symphony hall, even working with a rapper well ahead of the jazz/hip-hop merger. An outspoken man, he became a fervent supporter of civil rights and racial equality, and that no doubt hurt his career at various junctures. At one point in his militant period in 1961, he disrupted a Miles Davis/Gil Evans concert in Carnegie Hall by marching to the edge of the stage holding a "Freedom Now" placard protesting the Africa Relief Foundation (for which the event was a benefit). When Miles' autobiography came out in 1989, Roach decried the book's inaccuracies, even going so far as to suggest that Miles was getting senile (despite the bumpy patches, their friendship nevertheless lasted until Miles' death). Roach also received a MacArthur Foundation "genius" grant; as an articulate lecturer on jazz, he taught at the Lenox School of Jazz and was a professor of music at the University of Massachusetts, Amherst.

Roach's mother was a gospel singer, and that early immersion in the church had a lasting effect on his musical direction. He started playing the drums at age ten and undertook formal musical studies at the Manhattan School of Music. By the time he was 18, Roach was already immersed in proto-bop jam sessions at Minton's Playhouse and Monroe's Uptown House (where he was the house drummer) with Charlie Parker and Dizzy Gillespie, listening to Kenny Clarke and absorbing his influence. He made his recorded debut in 1943 with the progressive-minded Coleman Hawkins on the Apollo label, and played with Benny Carter's orchestra in California and Gillespie's quintet, as well as briefly with Duke Ellington in 1944. By 1945, Roach was red-hot in jazz circles, and he joined Parker's group that year for the first of a series of sporadic periods (1945, 1947-49, 1951-53). He participated in many of bop's seminal recordings (including Parker's incendiary Ko-Ko of 1945 and Miles' Birth of the Cool recordings of 1949-50), although he would not lead his own studio session until 1953. Even then, Roach would not be forced into a narrow box, for he also played with RB/jazz star Louis Jordan and Dixieland's Henry Red Allen. With Charles Mingus, Roach co-founded Debut Records in 1952, though he was on the road too often to do much minding of the store. But Roach later said that Debut gave his career a springboard -- and indeed, Debut released his first session as a leader, as well as the memorable Massey Hall concert in which Roach played with Parker, Gillespie, Mingus and Bud Powell.

In 1954, not long after recording with Howard Rumsey's Lighthouse All-Stars, Roach formed a quintet in Los Angeles to take out on the road at the suggestion of Gene Norman. This group included one Clifford Brown, who had been recommended to Roach by Dizzy several years before. The Brown/Roach quintet made a stack of essential recordings for EmArcy that virtually defined the hard bop of the '50s, and though Brown's death in a 1956 auto accident absolutely devastated Roach, he kept the quintet together with Kenny Dorham and Sonny Rollins as the lead horns. For the remainder of the '50s, he would continue to use major talents like Booker Little, George Coleman and Hank Mobley in his small groups, dropping the piano entirely now and then.

Heavily affected by the burgeoning civil rights movement and his relationship with activist singer Abbey Lincoln (to whom he would be married from 1962 to 1970), Roach recorded We Insist! Max Roach's Freedom Now Suite, a seven-part collaboration with Oscar Brown, Jr., in 1960, and he would continue to write works that used solo and choral voices. Throughout the 1960s, Roach was a committed political crusader, and that, along with the general slump of interest in jazz, reduced his musical visibility, although he continued to record sporadically for Impulse! and Atlantic. In 1970, Roach took another flyer and formed M'Boom, a ten-piece percussion ensemble that borrowed languages and timbres from classical contemporary music and continued to perform well into the '90s. Interested in the avant-garde, Roach recorded with the likes of Anthony Braxton, Archie Shepp and Cecil Taylor in the late '70s, though the results were mostly issued on erratically distributed foreign labels. In the 1980s, he began to experiment with a double quartet (with Odean Pope, Cecil Bridgewater and Tyrone Brown) -- his regular jazz quartet combined with the partly improvising Uptown String Quartet (which includes his daughter Maxine on viola).

The late '80s and '90s found Roach unveiling special projects like a double-CD duo concert with a sadly faded Dizzy Gillespie, the much more successful To the Max, which combined several of Roach's assorted groups and idioms, and a huge, uneven concerto for drum soloist and symphony orchestra, Festival Journey. He toured with his quartet into the 2000s, and continued to record or compose until a few years before his death in 2007. Roach was outside the consciousness of most jazz historians since the 1960s, and refused to be bound or secured into some tight little niche of history. That made him a rare, unclassifiable, treasurable breed of cat. ~ Richard S. Ginell, Rovi 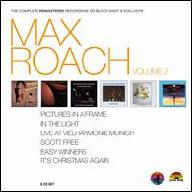 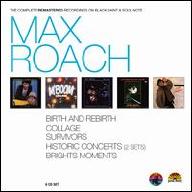 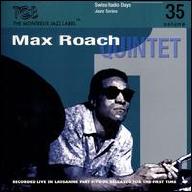 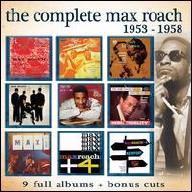 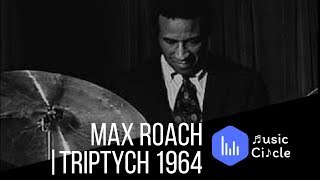 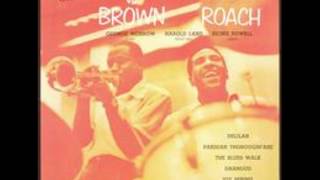 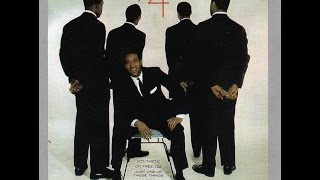 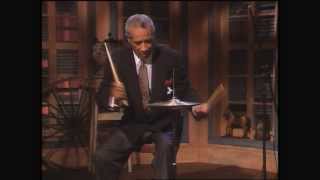 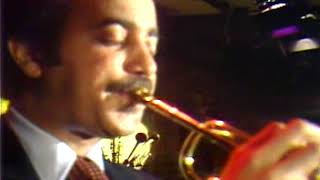