Close
Luther Ingram
from Jackson, TN
November 30, 1944 - March 19, 2007 (age 62)
Biography
While RB singer Luther Ingram remains best remembered for the piercing 1972 ballad (If Loving You Is Wrong) I Don't Want to Be Right, he was also a gifted songwriter, teaming with Mark Rice to co-write the Staple Singers' classic empowerment anthem Respect Yourself. Born November 30, 1944, in Jackson, TN, Ingram spent the majority of his adolescence in Alton, IL, launching his singing career in a group featuring his siblings. As a teen he also began writing songs, and later ventured out as a solo act, most notably opening for Ike Turner in East St. Louis. Ingram eventually migrated to New York City, where according to legend he briefly roomed with a then-unknown Jimi Hendrix. In 1965 he signed to Decca and cut his debut single, You Never Miss Your Water, followed by a cover of Jamo Thomas' (I Spy) For the FBI on Smash. After little-heard efforts for indies Hurdy-Gurdy (Run for Your Life) and HIB (the instrumental Exus Trek), Ingram relocated to Memphis, signing to producer Jimmy Baylor's fledgling KoKo label. Initial efforts like the 1967 single I Can't Stop and the next year's Missing You failed to generate much interest, but when Baylor negotiated a distribution deal with Stax Records in 1969, Ingram's fortunes improved dramatically. Later that same year he scored his first RB Top 20 hit with My Honey and Me. 1970's Ain't That Loving You (For More Reasons Than One) not only cracked the RB Top Ten, but also peaked just outside the pop Top 40.

With his recording career flourishing, Ingram expanded into freelance songwriting, partnering with RB veteran Rice in 1971 for the Staples' Respect Yourself. The single was a crossover smash, fall just shy of the Billboard Top Ten, and in the years to come received cover treatments by everyone from Joe Cocker to actor Bruce Willis. A year later Ingram notched a blockbuster of his own with (If Loving You Is Wrong) I Don't Want to Be Right, a potent tale of infidelity written by Homer Banks, Raymond Jackson, and Carl Hampton. Ingram's rich, intimate vocal proved a perfect match for the material, selling over a million copies and reaching number three on the pop charts, although country crossover queen Barbara Mandrell later scored a smash cover version as well. A series of RB chart hits including You Were Made for Me, Always, and Love Ain't Gonna Run Me Away followed, and in 1973 he returned to the pop Top 40 one final time with the sublime I'll Be Your Shelter (In Time of Storm). At the peak of Ingram's fame, however, KoKo ran into financial turmoil and during the remainder of the 1970s he issued only a handful of additional singles, all of them undermined by distribution and marketing issues. After more than a decade out of the limelight, Ingram signed to Profile in 1986 and resurfaced on the RB Top 40 with Baby Don't Get Too Far. The minor hits Don't Turn Around and Gotta Serve Somebody followed, and in 1992 he wrapped his recording career with the Ichiban single I Like the Feeling. After years of health struggles including kidney disease and diabetes, Ingram died of heart failure on March 19, 2007. ~ Jason Ankeny, Rovi 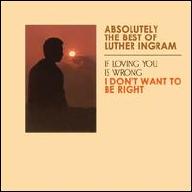 Absolutely the Best of Luther Ingram: If Loving You is Wrong, I Don't Want To Be Right
2010 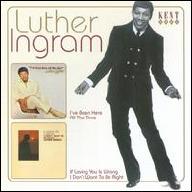 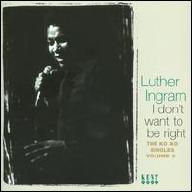 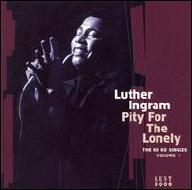 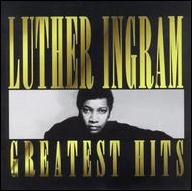 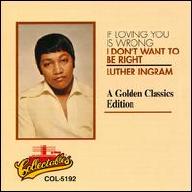 If Loving You Is Wrong: Golden Classics
1992 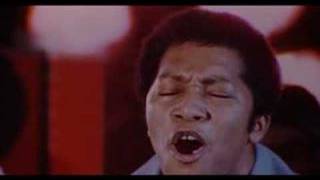 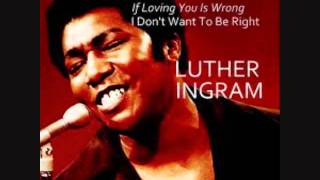 Luther Ingram - If Loving You Is Wrong 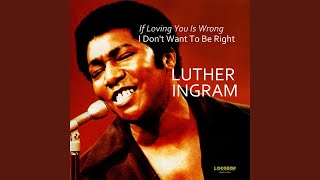 [If Loving You Is Wrong] I Don't Want to Be Right 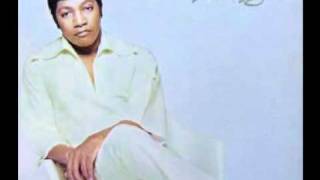 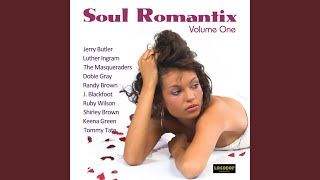 Ain't That Loving You - For More Reasons Than One 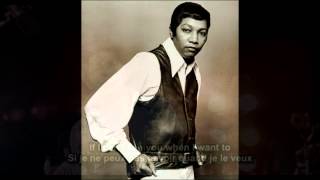 Luther Ingram - I'll Be Your Shelter (In Time of Storm) 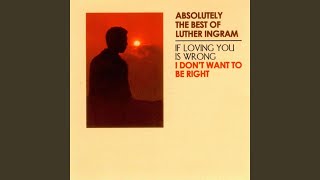 Ain't That Loving You (For More Reasons Than One)
Available here: