Close
Fanny Brice
from New York, NY
October 29, 1891 - May 29, 1951 (age 59)
Biography
The fame of vaudeville legend Fanny Brice has been largely carried on in a biographical adaptation of her life that has almost nothing to do with the facts of the case, the musical +Funny Girl, a star vehicle designed for Barbra Streisand. The real Fanny Brice was, in her time, a tremendously popular comedienne who first established herself in vaudeville and later in radio, portraying her trademark character, Baby Snooks. Her skill at Yiddish/English dialect, penchant for wacky facial expressions, and loud, perfectly timed comic singing voice endeared her to American audiences for more than four decades.

Fanny Brice was born Fania Borach in New York's Lower East Side and dropped out of school in the eighth grade to become a chorus girl. While some sources place the beginning of Brice's career in Yiddish vaudeville, she did not speak Yiddish and seems to have bypassed that step in favor of regular vaudeville. In 1909, she scored her first success singing an Irving Berlin song, Sadie Salome, Go Home, in a musical called +The College Girls while performing a parody on The Dance of the Seven Veils from Richard Strauss' opera +Salome. This attracted the attention of impresario Florenz Ziegfeld, and though Brice, it seems, would've made an unlikely "Follies Girl," she appeared in +the Ziegfeld Follies of 1910; Brice was 18 years old. Brice continued through 1923 to star in several editions of +the Ziegfeld Follies as a top-billed performer alongside acts such as W.C. Fields, Raymond Hitchcock, Van Schenck, Moran Mack, and Ted Lewis. She was also a featured attraction in shows produced by Irving Berlin and Billy Rose, whom she married in 1929 (Brice divorced him in 1938). Brice popularized the classic torch song My Man and was indelibly associated with such comic songs as Second-Hand Rose and I'm an Indian. At the height of her popularity as a stage star, Brice attempted to take on roles in serious plays, but her efforts to this end proved unsuccessful.

In 1918, Brice married Nicky Arnstein, a second-tier racketeer and con man who by 1920 had become implicated in a Wall Street bond robbery. Although in retrospect it seems likely that Arnstein was not guilty in the matter, he was convicted and sent to Leavenworth in 1924. Upon his release three years later, Arnstein disappeared and was never heard from again. This sad tale ultimately became the seed for +Funny Girl; Brice's later marriage to Billy Rose provided the inspiration for the film musical #Funny Lady. While neither of these fictionalized projects reflects the true life story of Fanny Brice, one film that does is #Rose of Washington Square (1939), starring Alice Faye. The resemblance was so close, in fact, that Brice sued the film's producer, 20th Century Fox, for defamation of character; Brice and the studio settled out of court.

With arrival of talking pictures, Brice went to Hollywood and starred in a Vitaphone feature, #My Man (1928), and #Be Yourself (1930) for United Artists. Both of these films were failures, and Brice soon returned to Broadway. At some point during the early '30s, while appearing in some of the posthumous stage editions of +the Ziegfeld Follies, Brice developed the persona of the bratty widdle kid Baby Snooks. Brice revived this character on an episode of a radio program entitled The Ziegfeld Follies of the Air, which aired February 29, 1936. The public response was immediate, and throughout the late '30s Brice carried Baby Snooks through an assortment of variety programs until settling in with Maxwell House Coffee Time in 1940. By 1944, her spot on the radio schedule was finally named The Baby Snooks Show in earnest. Brice often performed the part of Baby Snooks in an adult-sized baby outfit, departing from the usual standard of radio actors in that relatively few of them dressed the part when playing a character. As popular as she had been on Broadway in the early '20s, it was nothing compared to her success portraying Baby Snooks, and through this character Fanny Brice became a national institution. Brice suffered a stroke on May 24, 1951, and died five days later at the age of 60. She had long suffered from nervous disorders, and in the past had been known to cancel out of stage productions on the advice of physicians. An entire subplot was developed on The Baby Snooks Show in 1945 in which Baby Snooks had been kidnapped -- this was in order to cover an illness that Brice suffered, taking her out of the cast for several weeks.

Interested persons hoping to grasp something of Brice's early stage career are in for a disappointment; although she began recording in 1916 for Columbia, she only did so sporadically through 1930, and cut just 26 titles -- six of these were rejected, and four of the issued recordings are versions of My Man. The Vitaphone film musical bearing that title has disappeared; though all but one of the soundtrack discs have been recovered, these are long on spoken dialogue and short on music. Brice appeared in only 11 films, usually in guest cameos, and three of these are shorts; she apparently never appeared on television. In an attempt to get at the appeal of Fanny Brice, you would have to weigh this tiny amount of film clips and recordings against the veritable mountain of Baby Snooks broadcasts that survive, and under the circumstances there is no way to get a balanced picture of her talents -- several critics who have seen Brice on film have commented that they can't understand why she was so popular. Nonetheless, Fanny Brice was considered to be the greatest Jewish female comedienne of her day. It's a pity that her greatest moments were sustained on the Broadway stage, as more than 50 years after she died, posterity is barely able to grasp what Fanny Brice's celebrity was about, based on the legacy that has survived. ~ Uncle Dave Lewis, Rovi 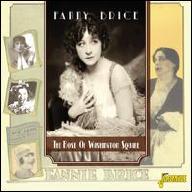 The Rose of Washington Square
2012 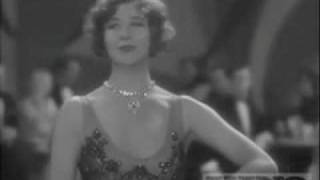 Fanny Brice performs "When a Man Loves a Woman" 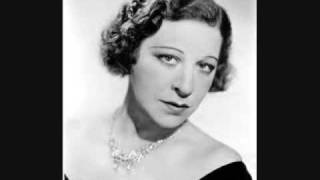 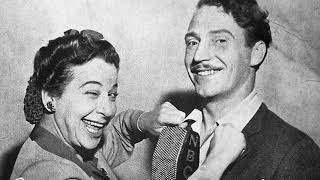 The Life and Sad Ending of Fanny Brice 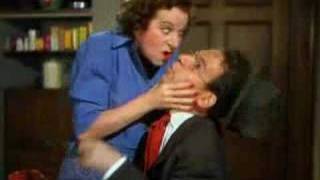 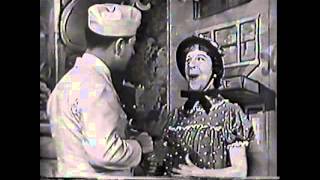 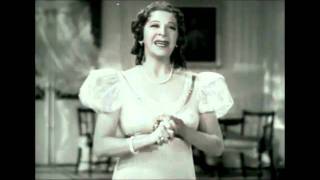 Fanny Brice-Quainty Dainty Me (from Everybody Sing) 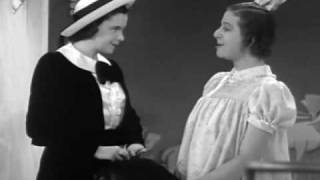