Close
The Flesh Eaters
from Los Angeles, CA
formed January 1, 1977 (age 45)
Biography
Like a number of early punk rock bands in America, the Flesh Eaters were certainly punk in attitude and approach, though their sound was noticeably different than the faster and shorter aesthetic that came to dominate the music. Led by vocalist and songwriter Chris D. (aka Chris Desjardins), the Flesh Eaters delivered a harsh, roiling sound full of menace and atmosphere that borrowed from rockabilly, blues, and roots music as much as stripped-down punk, and Desjardins' lyrics, delivered in a gritty wail, were wordy, gothic narratives often influenced by the lyricist's love of beat poetry and extremes in genre cinema -- film noir, Spaghetti westerns, and offbeat horror movies. Through much of their history, the Flesh Eaters were as much of a concept as a band, and their lineup changed frequently, with Chris D. as their sole constant. The dark but expressive sound of their earliest recordings (in particular their 1980 album No Questions Asked) gave way to a powerful, idiosyncratic musical assault on 1981's A Minute to Pray, A Second to Die, which featured Desjardins accompanied by an "all-star" band comprised of members of the Blasters and X. With 1982's Forever Came Today, Desjardins made a greater effort to establish a permanent lineup, and began to focus on a hard, guitar-based sound that was tougher and more straightforward. The band's original run ended with 1983's A Hard Road to Follow, but the creatively restless Chris D. returned to the Flesh Eaters with 1991's Dragstrip Riot, and in time he would reassemble the Minute to Pray, Second to Die lineup for occasional live shows starting in 2006, eventually leading to them returning to the studio for 2019's I Used to Be Pretty.

Chris Desjardins was born in Los Angeles, California in 1953, and in his teens he discovered proto-punk bands like the Stooges and the MC5. Desjardins was also a passionate reggae fan, and briefly published a fanzine called The Upsetter, the name taken from one of Lee Scratch Perry's several nicknames. As the punk rock scene began to coalesce in Los Angeles, Desjardins, who was already a published poet, began writing for the influential punk 'zine Slash, using the pen name Chris D., and was a habitue of the Los Angeles punk underground. Before long, Desjardins went from writing about punk to forming a band of his own, using the name the Flesh Eaters. In 1978, Desjardins started his own label, Upsetter Records, to release a debut EP from the Flesh Eaters, a four-song 7" in which Chris D. was accompanied by guitarist Jon Curry, bassist Scott Lasken, and drummer Dennis Walsh; the three musicians were all serving double duty in the group the Flyboys. In 1979, Upsetter delivered their second release, a compilation album titled Tooth Nail that included three tracks from the Flesh Eaters ("The World Goes Flesh," "Pony Dress," and "Version Nation," a remix of "Disintegration Nation" from the 1978 EP) along with material from the Controllers, the Germs, U.X.A., Middle Class, and Negative Trend. The Flesh Eaters' tracks featured performances by Curry, Lasken, and Walsh, as well as John Doe and D.J. Bonebrake of X, and Pat Garrett from Black Randy and the Metrosquad. A full-length Flesh Eaters album, No Questions Asked, was issued by Upsetter in 1980, and once again the lineup shifted from track to track as members of other noted L.A. punk bands pitched in to help Chris D. in the studio.

By 1981, as Slash evolved from a magazine into a record label, Chris D. had become part of the staff. He served as producer on albums by the Gun Club, the Misfits, the Lazy Cowgirls, and Green on Red, as well as overseeing his own label, Ruby Records, an offshoot of Slash. While Desjardins had enough material for a second Flesh Eaters album, once again he didn't have a functioning band to play them, and turned to his friends on the L.A. punk scene for help. Desjardins recruited bassist John Doe and percussionist D.J. Bonebrake from X (Bonebrake performing on marimba instead of trap drums), and guitarist Dave Alvin, drummer Bill Bateman, and sax player Steve Berlin from the Blasters. (Years later, Berlin would become a member of Los Lobos.) As X and the Blasters were two of the most popular bands in L.A. at the time and developing national reputations, this edition of the Flesh Eaters earned greater attention than in their previous incarnations, and the album they released, 1981's A Minute to Pray, A Second to Die, became the Flesh Eaters' most popular and acclaimed effort. Despite the success of A Minute to Pray, Chris D. was eager to have a Flesh Eaters lineup that could tour regularly, and for 1982's Forever Came Today, he worked with guitarist Don Kirk, bassist Robin Jameson, and drummer Chris Wahl, who lent the material a harder-edged, more guitar-centered attack that Desjardins described as moving from "roots rock voodoo blues" to "speed metal esoterrorica." While Ruby Records issued Forever Came Today, the Flesh Eaters were back to Upsetter for album number four, A Hard Road to Follow, which featured the Kirk/Jameson/Wahl band with backing vocalist Jill Jordan. The album didn't receive the same popular or critical attention as Forever Came Today, and after they cut a song for the soundtrack to the movie The Return of the Living Dead, "Eyes Without a Face" (no relation to the Billy Idol hit), the Flesh Eaters broke up.

Chris D. remained active in music, releasing solo material and forming a new group, Divine Horsemen, featuring his then-wife, vocalist Julie Christensen. However, by 1988, both Divine Horsemen and his marriage to Christensen were over (she would go on to record and tour with Leonard Cohen), and Desjardins entered a 12-step program to deal with his problems with drugs and alcohol. He dabbled in acting, appearing in the films No Way Out and Border Radio, and cut a solo album, I Pass for Human, in 1989 with a new group, Stone by Stone. (Desjardins would later re-use that album title for an independent film he wrote and directed, released in 2004.) By 1991, Chris D. had revived the Flesh Eaters with a new lineup, with Wayne James on guitar, Glenn Hays on bass, and Ray Torres on drums. The group made their recording debut with 1991's Dragstrip Riot, released by established California punk label SST. Glenn Hays was back for 1992's Sex Diary of Mr. Vampire, though Stuart Lederer took over as guitarist and Christian Free was on drums. Chris D. put the Flesh Eaters on hiatus for several years, returning with 1999's Ashes of Time, which found the band back on Upsetter featuring a lineup with Robin Jameson on bass and guitar, guitarists Larry Schemel and Jeff Vengeance, and drummer Johnny Ray. Another five years passed before another Flesh Eaters album emerged, Miss Muerte, which was distributed by Atavistic, an independent label that had already re-issued several Flesh Eaters and Chris D. back-catalog items.

Throughout the '90s and 2000s, Desjardins divided his time between his musical career and his work as a writer, penning articles for Forced Exposure, Cult Movies, and Asian Trash Cinema, publishing several collections of fiction and essays, and releasing two books on Japanese genre cinema, Outlaw Masters of Japanese Film and Gun and Sword: An Encyclopedia of Japanese Gangster Films 1955-1980. He also worked as a programmer for Los Angeles's American Cinematheque, and taught film studies as well as writing and recording commentaries for DVD releases. In 2006, the "all-star" A Minute to Pray, A Second to Die lineup of the Flesh Eaters reunited for a handful of shows on the West Coast (as well as one in England for the All Tomorrow's Parties festival), and the performances were received well enough that the group staged tours again in 2015 and 2018. During the 2018 tour, Chris D. suggested that the band was in strong enough form to record, and his bandmates agreed, going into the studio a few weeks later. 2019's I Used to Be Pretty, a roaring collection of new songs, re-recorded Flesh Eaters tunes, and three covers, was released by Yep Roc Records in January 2019. ~ Mark Deming, Rovi 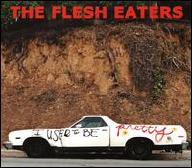 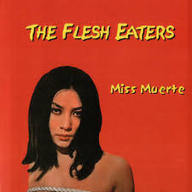 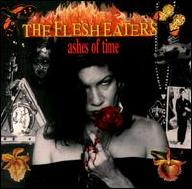 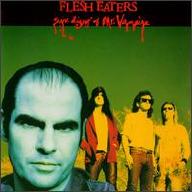 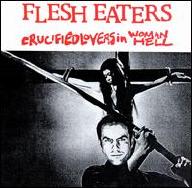 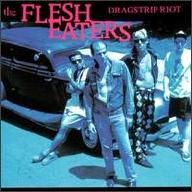 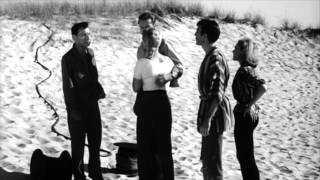 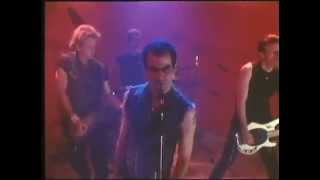 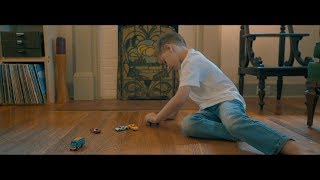 The Flesh Eaters - My Life To Live (Official Music Video) 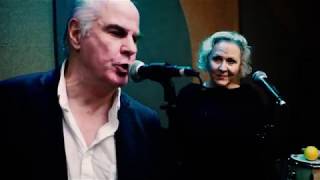 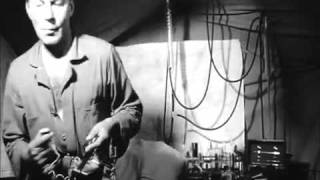 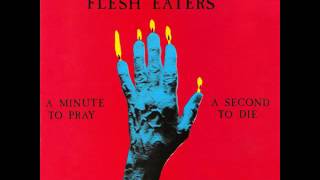 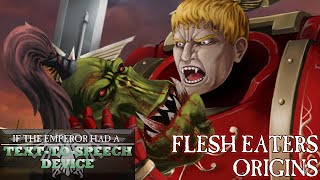