Close
Steven Wilson
from Kingston-upon-Thames, London, England
November 3, 1967 (age 53)
Biography
Known for an intense work ethic, Steven Wilson is among the U.K.'s most acclaimed and prolific artists. As a songwriter, multi-instrumentalist, and bandleader, Wilson made a gradual transition from cult status with Porcupine Tree, Bass Communion, No-Man, and Blackfield to mainstream success as a charting solo artist in the 21st century with 2011's Grace for Drowning, 2013's The Raven That Refused to Sing and Other Stories, and 2015's Top 40 prog-pop concept album Hand.Cannot.Erase. He followed with a 4½, a six-track mini album, and in 2017 released To the Bone, a collection that reflected his love of progressive pop. He continued that exploration with a meld of meld of varying pop genres on 2021's The Future Bites.

Born in Kingston Upon Thames in London in 1967, Wilson was inspired to pursue a career in music after devouring his parents' Pink Floyd and Donna Summer records, and by the age of 12 he had already started to experiment with different guitar and recording techniques.

After stints in several groups including psychedelic duo Altamont, prog rockers Karma, and new wave band Pride of Passion, Wilson went on to form art pop outfit No Man with vocalist Tim Bowness in 1987, and his famous creation Porcupine Tree in the same year; he alternated between the two, releasing 16 albums overall from 1991 to 2009. Despite these two long-term commitments, Wilson still found the time to pursue other projects in the '90s, recording material under the guise of ambient electronica act Bass Communion, Krautrock revivalists Incredible Expanding Mindfuck, and Blackfield, a collaboration with Israeli rock star Aviv Geffen.

Showcasing his versatility, he also became an in-demand producer, working on records by the likes of Norwegian jazz vocalist Anja Garbarek, prog metallers Orphaned Land, and former Marillion frontman Fish; a music reviewer for Rolling Stone and Classic Rock magazine, and a guest vocalist on albums by Pendulum, Dream Theater, and Jordan Rudess. Beginning in 2003, Wilson began toying with the idea of a solo career, releasing several two-track singles featuring an original composition and a cover version (of tracks originally recorded by Alanis Morissette, ABBA, and Prince), but it wasn't until 2008 that he released his first solo album, Insurgentes, whose recording sessions also became the subject of a documentary/road movie by Danish photographer Lasse Hoile.

His sophomore outing, Grace for Drowning, a double-CD consisting of two albums titled Deform to Form a Star and Like Dust I Have Cleared from My Eye, followed in 2011. He embarked on his first solo tour the same year, and was asked to remix the back catalog of King Crimson and work with Opeth lead singer Mikael Åkerfeldt on an album under the name of Storm Corrosion. Get All You Deserve, an audio-video package that documented his 2011 tour (with a crack band) appeared late in 2012.

Wilson then began writing in earnest for his new group (which included former Miles Davis keyboardist Adam Holzman and lead guitarist Guthrie Govan). The Raven That Refused to Sing and Other Stories is a conceptual work based on a series of linked short stories written by Wilson or co-authored with Hajo Mueller. Wilson was also able to coax Alan Parsons out of semi-retirement to co-produce and engineer this set, which was released in early 2013. In October of the same year, he released the audio-video concert set Drive Home. The package featured a new animated video of the title track as well as "The Raven That Refused to Sing," two new songs, and a concert from a previous tour in Frankfurt.

In the summer of 2014, Wilson released Cover Version, an album compiled from six singles recorded between 2003 and 2010 and originally issued individually on his Headphone Dust label. Each featured a pop cover on the A-side and an original on the flip; all songs were performed completely solo. In late 2014, Wilson began discussing and previewing Hand. Cannot. Erase., a concept album directly and metaphorically inspired by the real-life story of Joyce Vincent, a London woman who passed away and whose body, surrounded by undelivered Christmas presents, wasn't discovered for two years, despite the fact that she had many friends and acquaintances. It was issued in March of 2015. Later in the year, a double-vinyl compilation of songs featuring Wilson's more accessible pop/rock material was released as Transience.

Wilson took his all-star band -- Holzman, Govan, Nick Beggs, Dave Kilminster, Craig Blundell, Marco Minnemann, Chad Wackerman, and Theo Travis -- on a sold-out European tour. After a short break, he and the band revisited the Hand. Cannot. Erase. sessions, finishing four songs that had their origins there, and one from his previous album, The Raven That Refused to Sing. He also re-recorded "Don't Hate Me," previously cut by Porcupine Tree in 1998. He titled the 37-minute-long album 4½, as it formed an interim release between Hand. Cannot. Erase. and a forthcoming studio project. It was released in January of 2016 during the band's European and American tours.

In May the following year, Wilson announced the release of his fifth solo album and debut for Caroline, To the Bone, writing that it was "inspired by the hugely ambitious progressive pop records that I loved in my youth (think Peter Gabriel's So, Kate Bush's Hounds of Love, Talk Talk's Colour of Spring, and Tears for Fears' Seeds of Love)." The first of four pre-release videos was "Pariah," featuring Israeli vocalist Ninet Tayeb. Another, "Song of I," showcased Sophie Hunger as a guest. Wilson began working on his sixth solo album, exploring themes of identity and technology. He said in press materials that it "picks apart our 21st century utopia, while also allowing for moments of personal growth and optimism though dance, music, electronica and pop. The finished album, titled The Future Bites, was released in January of 2021. ~ Jon O'Brien & Thom Jurek, Rovi 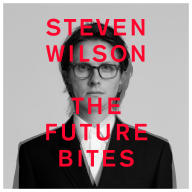 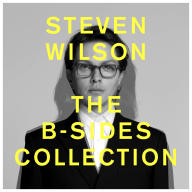 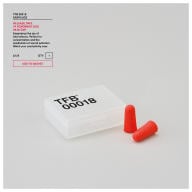 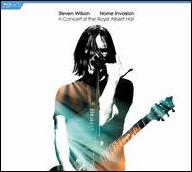 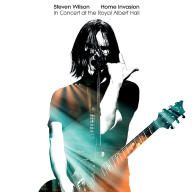 Home Invasion: In Concert at the Royal Albert Hall
2018 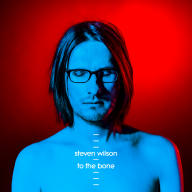 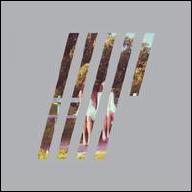 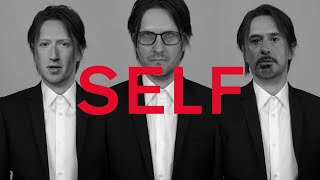 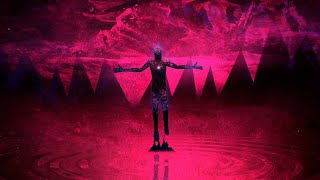 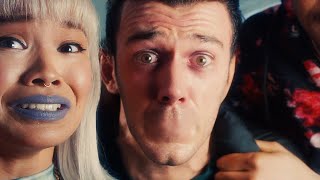 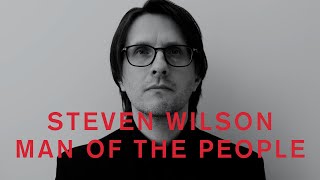 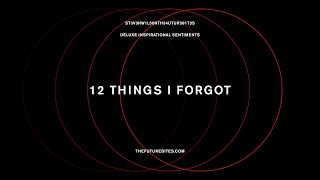 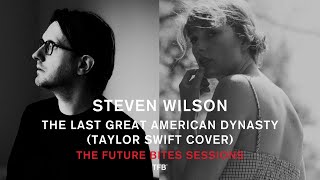 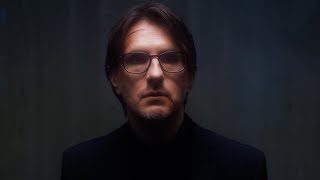