Close
The Easy Riders
from California
formed January 1, 1956 - January 1, 1959 (age 3)
Biography
The Easy Riders aren't mentioned in any reference books on folk music -- indeed, one will find no entry on them in any reference work on popular music of the 20th century, despite the fact that they had a massive hit in early 1957 with the song Marianne, and also wrote songs that were recorded by everyone from the Kingston Trio to Dean Martin to Doris Day. In fact, the Easy Rider trio -- Terry Gilkyson, Richard Dehr, and Frank Miller -- occupy what is usually thought of as the "lost" years of the folk revival, between the demise of the Weavers and the commercial success of the Kingston Trio.

There were other folk artists recording during those years, of course, including Ed McCurdy and Oscar Brand, primarily on smaller independent labels like Elektra. The Easy Riders were unique, however, in that they recorded for Columbia Records, a major label. If they have slipped between the cracks of scholarship and popular memory, it's probably because they were never political in the manner of the Weavers -- though Richard Dehr had worked at one time with Woody Guthrie and several future blacklistees -- and were 20 years older than the Kingston Trio, and, thus, never seemed on the cutting edge of a musical phenomenon. The trio of Terry Gilkyson, Richard Dehr, and Frank Miller hasn't endured in the public's memory as long as the Weavers or the Kingston Trio, but they provide the link between the two phases of the '50s folk revival. And they produced a lot of good music.

Hamilton Terry Gilkyson (b. June 17, 1916, Phoenixville, PA) began his musical training in grade school, and majored in music during his two years at the University of Pennsylvania. He learned guitar on his own, listening to other peoples' music. His experience working at a ranch in Arizona led him to join the Army's cavalry during World War II, just in time to see his mounted unit turned into a mechanized battalion. After the war, he married and headed to California to try and make it as a musician. He learned key parts of the basic folk music repertory from the books of John and Alan Lomax and got a gig with Armed Forces Radio as "The Solitary Singer" from 1948 through 1951. He was aware during those years of the suspicions that were starting to be raised about the politics of various folk artists and their repertories, and he steered clear of involvement with leftist union activities and excessively controversial songs -- in this sense, his work was closer in spirit to that of Burl Ives, as well as closer in style to that of Richard Dyer-Bennett than to, say, Pete Seeger or Woody Guthrie.

During this period, he landed a contract with Decca Records and also began making appearances in movies. The latter drew on his musical ability, starting with RKO's #Slaughter Trail in 1951. Sometimes he provided a song for the soundtrack, but mostly Gilkyson played singers doing a song with a guitar in the background of a scene, for color; in later years, he occasionally managed to get some dialogue. A major musical breakthrough for Gilkyson took place in 1950 when one of his original songs, The Cry of the Wild Goose, was recorded by Frankie Laine. Gilkyson had recorded this song himself in 1949 for Decca Records before it was picked up by Laine through his producer, Mitch Miller. That first contact with Miller was to prove fortuitous over the next decade.

Decca tried making Gilkyson into a folk artist in the model of the Weavers, performing both traditional-sounding songs and adaptations of traditional songs, some written by him, and he even did a session with the Weavers, which yielded the hit On Top of Old Smoky. His baritone singing, which was more formal than that of the legendary quartet, just didn't mesh with their styles, however, and the hookup was short-lived. Curiously, the Gilkyson/Weavers versions of Across the Wide Missouri and On Top of Old Smoky sound artificial today in their overproduction, especially the former.

Brooklyn-born Frank Miller (b. July 29, 1918) became interested in the guitar before he was a teenager. He organized a singing group at Purdue University, and then returned to New York and spent a few years living in Greenwich Village immediately before the war, where he met performers like Richard Dyer-Bennett, Burl Ives, and Pete Seeger, who was then putting together the Almanac Singers with Lee Hayes and Millard Lampell. Three years in the Navy took him away from New York, but not from folk music -- even while he was serving in combat on the USS Saratoga, he had his guitar with him and learned a vast number of new songs from the thousands of men aboard his ship.

Miller moved to California after his discharge, and it was there that he first crossed paths with Richard Dehr, at a memorial concert for Leadbelly in 1950. Dehr was not only a better singer, but was more involved with the hardcore musical and political end of the fledgling folk revival than either of the others -- he was close to Woody Guthrie and the actor/singer Will Geer, who was blacklisted from the movie business in the early '50s.

Later in 1950, Miller and Dehr began making records for Decca as "The Easy Riders." They met up with Gilkyson through a mutual friend of Miller's, and they seemed to complement each other perfectly -- Gilkyson was already a successful songwriter, where Dehr and Miller had only taken furtive steps as composers, but Dehr had a startlingly fine voice, and Miller was an accomplished guitarist. They discovered that they worked well together, and it was at the suggestion of Dehr's wife that the duo become a trio.

Before the Easy Riders ever recorded as a trio, however, they were successful as songwriters together -- Dean Martin had a number one hit with a song of theirs, Memories Are Made of This, in 1955, which was also a chart hit for Gale Storm and even got covered by Spike Jones. Gilkyson's previous contact with Mitch Miller stood the trio in good stead as they were signed to Columbia Records, where Miller had taken over as head of the label's pop division.

The Easy Riders began recording as a trio on May 31, 1956 for Columbia Records, one of the biggest labels in the entire world -- Gilkyson's success as a songwriter on Frankie Laine's Cry of the Wild Goose was directly instrumental in getting them to the new label, where his producer Mitch Miller was by then the head of artists and repertory. Their first session yielded their biggest single and their only hit, Marianne, which reached number five on the -Billboard best-selling singles chart and number two on -Cashbox's chart in February of 1957 The song not only sold for them (credited as Terry Gilkyson the Easy Riders), but was widely covered by other folk artists, including Burl Ives and Harry Belafonte.

The Easy Riders' influence extended far beyond the success of their records. They created a sound -- a rich three-part harmony that could be some of the softest male singing heard in those days, or as exuberant and infectiously upbeat as the work of the most gregarious pop group -- that was their own, different from that of the Weavers or any folk-based outfit that had preceded them. They were a special influence on a trio of guys studying and singing at frat parties at Menlo College in California -- Dave Guard, Bob Shane, and Nick Reynolds -- who, by early 1958, had formed the Kingston Trio.

The Easy Riders didn't limit themselves to the traditional folk repertory. They also did calypso songs, sea shanties, and cowboy songs, among other categories -- Marianne itself was an adaptation of a Bahamian melody. The Easy Riders were popular while the Kingston Trio was still trying to get its first hit -- their sounds were similar, although the Easy Riders were closer to traditional folk performers, without the youthful exuberance of the Trio. Although Mitch Miller went in for the use of some studio-generated electronic effects, they never had the distinctive, highly produced sound of the Trio, and they never made as successful a use of the multi-layered instrumental and vocal parts. Their status as Columbia recording artists also gave them access to some of the top session players of the period, including legendary guitarists Merle Travis and Joe Maphis.

In addition to their own singles, the Easy Riders were picked to do themes for television shows (The Ballad of Yermo Red), while other songs of theirs (Red Sundown) turned up in movies -- they were also picked to back Frankie Laine in what turned out to be a Top Ten hit (Love Is a Golden Ring). Their songs were covered by pop vocalists such as Laine, Doris Day, Guy Mitchell, Jerry Vale, Julius LaRosa, and Eddie Fisher, but it was in the folk field that they exerted their greatest influence -- Greenfields became a number two hit for the Brothers Four; South Coast and Fast Freight, which the Easy Riders introduced, became key parts of the Kingston Trio's repertory; and Everybody Loves Saturday Night was a hit for the New Christy Minstrels during the early '60s.

The trio didn't make it to the end of the '50s, a result of growing differences between the members. Some of this was the inevitable tiring of their working together, but also involved disputes over songwriting, where Gilkyson and Dehr felt they were shouldering more than two-thirds of the work. The original group had their last recording session in February of 1959. Late that year, Gilkyson and Dehr recorded one last album with a pair of auxiliary musicians. They later cut an album of Western songs together in the wake of the massive success of Marty Robbins with this repertory. Meanwhile, Frank Miller kept on working for a time solo and as part of the Tarrytown Trio, and also fronted a group known as Frank Miller's Easy Riders, which included Jerry Yester, later of the Association and a future collaborator with Judy Henske on Farewell Aldebaran, on Frank Zappa's Bizarre/Reprise imprint.

Gilkyson continued writing songs, and eventually turned up on the soundtrack of Walt Disney's #The Jungle Book in the mid-'60s. Miller eventually gave up recording and retired. Dehr, who had a long history of physical ailments, left the music business as his health worsened, and he later died of cancer.

The Easy Riders were part of the same generation as the members of the Weavers, but never suffered from being blacklisted. They were 20 years older than the Kingston Trio, and, as such, they never resonated with college students of the late '50s in the same way that the Trio did, even though they were a seminal influence on the younger group. Their success as songwriters almost eclipsed their work as recording artists and performers, although they were never at a loss for scheduled recording sessions -- an amazing percentage of their work went unreleased at the time. Their music remains fresh and enjoyable, almost timeless in its beauty and universality, in much the same manner as that of the Kingston Trio. ~ Bruce Eder, Rovi 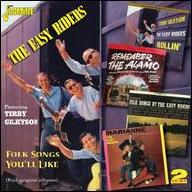 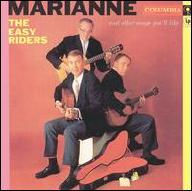 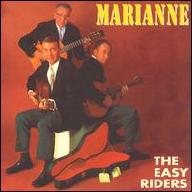 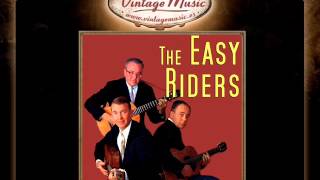 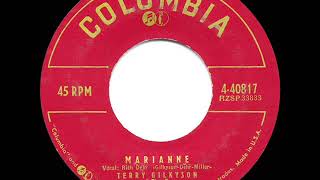 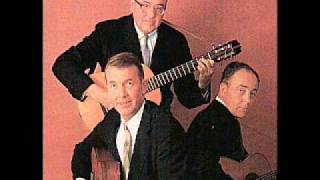 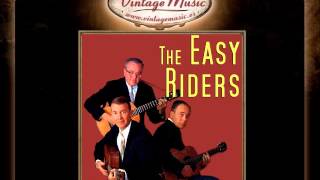 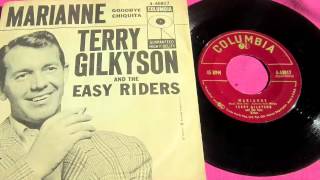 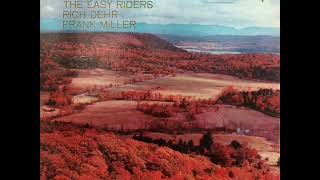 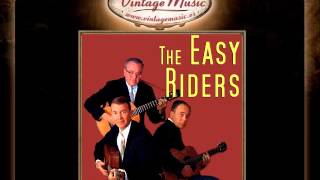