Close
Mary Chapin Carpenter
from Princeton, NJ
February 21, 1958 (age 62)
Biography
Mary Chapin Carpenter is a gifted singer and songwriter who began her career as a folk-influenced performer in the Washington, D.C. area, but found favor on country radio in the 1980s and '90s by taking her emotionally intelligent songs to a mass audience. Beginning with 1987's Hometown Girl, she wrote and sang in the contemporary singer/songwriter vein, but moved into country-leaning material with 1990's Shooting Straight in the Dark, which included the hit single "Down at the Twist and Shout." Released in 1992, Come on Come On was a commercial breakthrough, selling over two million copies on the strength of the singles "I Feel Lucky" and "Passionate Kisses." With 2001's Time* Sex* Love*, Carpenter gradually began to step away from commercial country, returning to her roots in contemporary folk and exploring more personal themes on 2007's The Calling and 2016's The Things That We Are Made Of that registered with her most loyal fans.

Carpenter was born and raised in Princeton, New Jersey, the daughter of a Life magazine executive; she spent two years of her childhood in Japan, where her father was launching the Asian edition of Life. Her mother had begun to play guitar during the folk explosion of the early '60s, and she gave her daughter a guitar when Mary became interested in music. Carpenter played music during her high school years, but she didn't actively pursue it as a career. In 1974 her family moved to Washington, D.C., where she became involved in the city's folk music scene. After graduating from high school in the mid-'70s, she spent a year traveling Europe; when she came home, she enrolled at Brown University, where she was an American civilization major.

Following her college graduation, Carpenter dove deeper into the Washington-area folk scene, performing a mixture of originals, contemporary singer/songwriter material, and pop covers. Carpenter met guitarist John Jennings during the early '80s and the pair began performing together. They made a demo tape of their songs, which they sold at their concerts. The tape wound up at Columbia Records, and the label offered Carpenter an audition. By early 1987, Columbia had signed her as a recording artist, and her first album, Hometown Girl, was released that year.

Hometown Girl and its follow-up, State of the Heart (1989), earned her a dedicated cult following, as well as two Top Ten singles, "Never Had It So Good" and "Quittin' Time." Country radio was hesitant to play her soft, folky, feminist material, but she received good reviews and airplay on more progressive country stations, as well as college radio. Shooting Straight in the Dark, released in 1990, earned greater success as "Down at the Twist and Shout" became a number two single. The album sold well, setting the stage for her breakthrough album, 1992's Come on Come On.

Come on Come On signaled a slight change in direction for Carpenter. There were still folk songs, but she felt freer to loosen up on honky tonk and country-rock songs, which resulted in several hit singles. Two of the singles from the album -- "I Feel Lucky" and "Passionate Kisses" -- hit number four, and "He Thinks He'll Keep Her" hit number two on the Hot Country Songs chart, and the album would eventually sell over two million copies. Her fifth album, 1994's Stones in the Road, concentrated on folkier material, but it was still a major success, selling over a million copies within its first six months of release. The album's lead single, "Shut Up and Kiss Me," became Carpenter's first song to hit number one on the Hot Country Songs chart and won her a Grammy for Best Female Country Performance. Her follow-up, 1996's Place in the World, also performed well, hitting number three on the country albums chart and reaching the Top 20 on the Top 200 albums chart.

In 2001, Carpenter returned with her seventh studio album, Time* Sex* Love*. Recorded in London at famed Beatles producer Sir George Martin's Air Studios, the album found Carpenter departing somewhat from her country-inflected sound and ruminating on relationships and career from a distinctly middle-aged perspective. Carpenter's tenth album, 2004's Between Here and Gone, was produced in Nashville with longtime associates pianist Matt Rollings and guitarist John Jennings. The album was an introspective affair that found Carpenter grappling with the aftermath of the September 11 attacks, as well as the death of fellow singer/songwriter Dave Carter, who inspired the title track.

In 2007, Carpenter delivered The Calling, her first album for Zoë Records after parting ways with Columbia. Co-produced by Carpenter and Rollings, The Calling hit number ten on the Top Country Albums chart. A year later, Zoë released a holiday album from Carpenter, Come Darkness, Come Light: Twelve Songs of Christmas. A new studio album, The Age of Miracles, appeared early in 2010 and reached number one on the Folk Albums chart. Carpenter followed it in the summer of 2012 with Ashes and Roses, an entirely self-penned collection that she co-produced with Rollings. In 2013, she teamed with Grammy-winning arranger Vince Mendoza to create an orchestral album of songs from her existing catalog. Songs from the Movie was released in January of 2014 and celebrated with a performance of the set in its entirety with the BBC Scottish Symphony Orchestra at the Celtic Connections Festival in the Royal Concert Hall, Glasgow, Scotland on January 24.

Carpenter retreated to write immediately thereafter. In the spring of 2015, she entered the studio with producer Dave Cobb (who also played guitars and Mellotron during the sessions) and a small group of musicians and worked through the summer. The finished album, entitled The Things That We Are Made Of (on her own Lambent Light label via Thirty Tigers), was prefaced by three tracks: "Something Tamed Something Wild," "What Does It Mean to Travel," and "Map of My Heart," in December. The full-length was released in May 2016. In 2018, Carpenter took another look at her back catalog with the album Sometimes Just the Sky. Produced by Ethan Johns, the LP found her recording new, stripped-down interpretations of 12 of her songs, along with one original tune, the title track.

After a year of touring, Carpenter returned to her Virginia farm house to write. She and her band (guitarist Duke Levine, keybpoardist Matt Rollings, bassist Nick Pini, drummer Jeremy Stacey, and few guests) entered Peter Gabriel's Real World Studios in Bath, England with Johns enlisted as producer once more, and recorded an entire album live from the studio floor with her band. While release of The Dirt and the Stars was postponed until August due to production delays caused by the COVID-19 crisis, Carpenter advanced its release by connecting with fans during the pandemic's new normal via her "Songs from Home" virtual concert series. These performances were viewed over 12 million times on Carpenter's social media accounts. The Dirt and the Stars was released in August of 2020. ~ Stephen Thomas Erlewine, Rovi 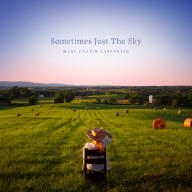 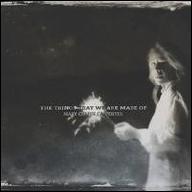 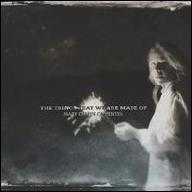 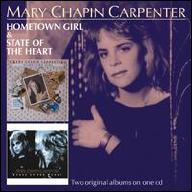 Hometown Girl/State of the Heart
2014 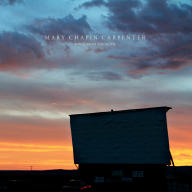 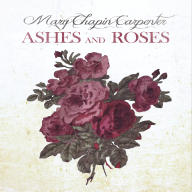 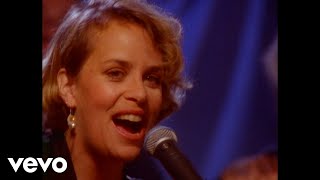 Mary Chapin Carpenter - Down At The Twist And Shout (Official Video) 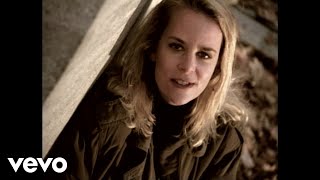 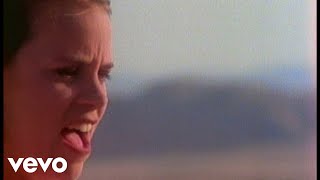 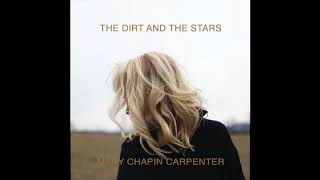 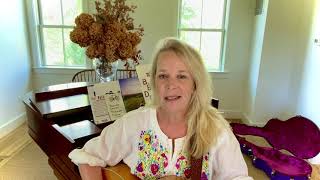 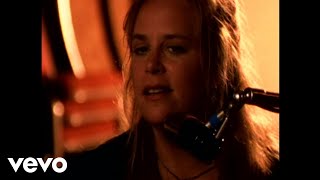 Mary Chapin Carpenter - Shut Up and Kiss Me 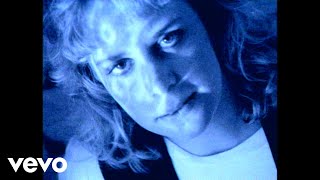 Mary Chapin Carpenter - Never Had It So Good
Available here: