Close
Robert West
Biography
Detroit soul pioneer Robert West was born March 1, 1912, in Montgomery, AL, relocating to the Motor City in 1935. According to the Soulful Detroit website, in 1957 he formed Silhouette Records, doubling as manager for the Falcons, a local doo wop group featuring future solo stars Eddie Floyd (West's nephew) and Mack Rice. West also produced the Falcons' Sent Up, far and away the most successful of the eight singles issued on Silhouette during its brief existence, among them records by little-known Detroit acts including the Valdoros, Jan Wynn, the Vo-cals, and Jim Beasley the Charmers. West then formed a new label, Kudo, to release the Falcons' This Heart of Mine in mid-1958; Kudo also released Marv Johnson's Baby-O. When the latter record failed to take off, Johnson moved to another local label, Tamla/Motown, with his Come to Me the first-ever release bearing the Motown imprint. Kudo, meanwhile, struggled along with a series of little-heard efforts, including Nancy Peters' Cry-Baby Heart and Barbara Tennant's Rock, Baby, Rock. The label also released Baby Won't You Change Your Mind, the debut from popular Detroit radio personality Joltin' Joe Howard, who also penned Where's the Joy, Nature Boy?, the debut from fledgling singer Brian Holland, later far more successful as one-third of Motown's famed Holland/Dozier/Holland songwriting and production team.

Despite West's obvious knack for discovering talent, Kudo proved as short-lived as its predecessor, and in 1959 he launched yet another label, Bumble Bee. Its inaugural effort, Little Joe the Moroccos' Bubble Gum, featured Joe Harris, later a member of Motown act the Undisputed Truth, followed by Leon James' Baby Let's Rock. Onetime Chess label act the Tornados also released Love in Your Life on Bumble Bee before the company sputtered to a halt. West then founded one more label, Flick -- and this time, he hit pay dirt. When the Falcons' You're So Fine emerged as a local smash, he licensed the master to United Artists subsidiary UnArt, and in 1959 the single went on to reach the national pop Top 20 as well as ascending to the number two spot on the RB charts. Flick then released the Falcons' You Must Know I Love You, quickly followed by Carrol Carter's Chains on My Heart. After three successive singles by the Minor Chords, West shuttered Flick in favor of a new venture dubbed Contour, whose name would later inspire the Contours of Do You Love Me? fame. The label's early releases included singles by Professor Hamilton the Schoolboys (Juanita of Mexico) and the Fabulous Playboys (Sweet Pea). After a handful of subsequent outings West ceased operations, but in early 1962 he resurfaced with the label that would cement his position in Detroit soul history: LuPine.

When LuPine's premiere single, the Falcons' I Found a Love, proved a local hit, West engineered a national distribution deal with Atlantic -- the result rose to number six on the U.S. RB charts, effectively launching the career of the Falcons' new lead vocalist, Wilson Pickett. Another early LuPine release, She's My Heart's Desire, was credited to the Ohio Untouchables; a decade later, the group's nucleus -- vocalist Bernie McCain, saxophonist Clarence Satchell, and bassist Marshall Jones -- would reunite in the Ohio Players. In the meantime, the Falcons dissolved in early 1963, and Eddie Floyd made his solo debut on LuPine with Will I Be the One? West followed with Tears of Sorrow, an unreleased track recorded in 1960 by the Primettes, who were now known worldwide as Motown hitmakers the Supremes. (Because Motown owner Berry Gordy owned the Supremes name, LuPine was forced to credit Tears of Sorrow to the Diana Ross-led group's original moniker.) The label's next major success was Bettye Lavette's My Man, He's a Lovin' Man, again leased by Atlantic and again a Top Ten RB hit. However, follow-up You'll Never Change flopped, and after one final LuPine disc, Witchcraft in the Air, Lavette signed to Calla, recording the cult classic Let Me Down Easy. West then turned back to the Contour roster, signing the Fabulous Playboys to record under the Falcons' banner -- their first LuPine single, Has It Happened to You Yet? fooled no one, although this incarnation of the group would later score a local smash on Big Wheel with Standing On Guard. Mack Rice's The Whip followed, and in late 1964 LuPine issued its final single, the now-solo Bernie McCain's I Don't Want No Part-Time Love.

The circumstances surrounding West's departure from Detroit remain muddy: all that is definitely known is that he was involved in an altercation with Motown footnote Herman Griffin (then the husband of Mary Wells) that resulted in Griffin shooting out West's eye. West then relocated to Las Vegas and spent the remainder of his life outside the music industry; he died January 8, 1983. ~ Jason Ankeny, Rovi 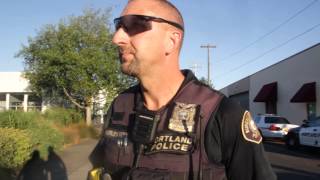 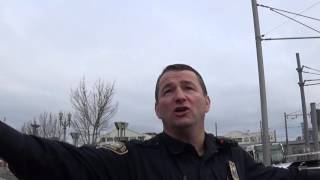 film me I will write you a ticket 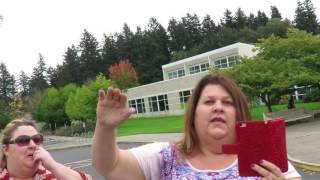 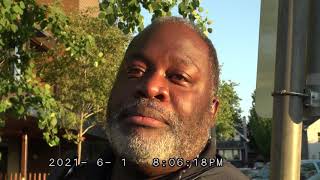 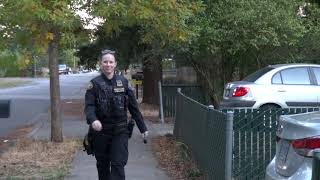 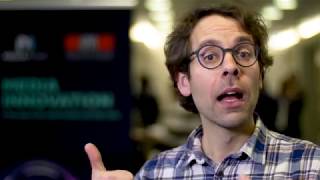 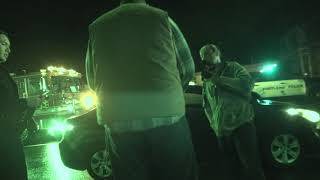