Close
Milt Buckner
from St. Louis, MO
July 10, 1915 - July 27, 1977 (age 62)
Biography
Milt Buckner, the "St. Louis Fireball," is generally credited with having popularized the Hammond organ during the early 1950s. First introduced in 1934, the instrument was immediately seized upon by Thomas Fats Waller, whose syncopated pipe organ records of 1926-1929 form the primal bedrock of the jazz organ tradition. Although the Hammond was also used periodically by Waller's friend Count Basie, Buckner rekindled interest in the organ some seven years after Waller's demise as his exuberant, boogie-based approach to the instrument added exciting new textures to the burgeoning R&B scene, inspiring a whole new generation of organists and ultimately endearing him to mainstream jazz audiences everywhere. Buckner, who also played vibraphone and valve trombone, enjoyed unprecedented success during the final phase of his career, which consisted of mostly European adventures that began in 1966 and ended abruptly with his death in 1977 at the age of 62.

Milton Brent Buckner was born in St. Louis on July 19, 1915. His little brother Ted, who should not be confused with their distant relative, Texas born trumpeter Teddy Buckner, was destined to become a saxophonist with the Jimmie Lunceford Orchestra (where he actually recorded with Teddy in 1939) and an R&B and Motown sessionman. Milt's parents, who encouraged him to learn to play piano, both died when he was nine years old. The two orphans were sent to Detroit where they were adopted by members of the Earl Walton Orchestra; Milt studied piano from age ten to thirteen with his uncle John Tobias (Walton's trombonist), and began writing arrangements for the band at the age of fifteen. While studying at the Detroit Institute of Arts he performed with Mose Burke the Dixie Whangdoodles and the Harlem Aristocrats. After drummer and bandleader Don Cox hired him in 1932, Buckner began to develop a uniquely percussive technique employing parallel tonal patterns, later referred to as "block chords," a style now associated with Oscar Peterson and George Shearing. During the '30s Buckner also worked in groups led by Jimmy Raschelle, Lanky Bowman, and Howard Bunts. His first big break came in 1941 when he became Lionel Hampton's staff arranger and assistant director. His predilection for rocking rhythms and boogie-woogie fit nicely with Hamp's approach to entertainment. Buckner worked with Hampton during the years 1941-1948 and 1950-1952.

Buckner's earliest recordings survive as a set of piano solos etched into Presto transcription acetates cut on the last day of August 1941. His next appearance in a studio was as a member of a small group led by Lionel Hampton backing young Dinah Washington on her recording debut in December 1943; these feisty, blues based performances were made available to the public on Harry Lim's Keynote label. In 1945 Buckner made records with saxophonist Herbie Fields, Ellington crooner Herb Jeffries and R&B shouter Wynonie Harris, including Harris' smash hit, a cover of Lionel Hampton and Curley Hamner's highly successful Hey! Ba-Ba-Re-Bop. In 1946 he made the first of a series of recordings with a group variously billed as the Beale Street Boys, the Beale Street Gang, and the Hot Shots. Over the next three years Buckner led a series of dates for the Savoy label. In 1949 he made records with a big band for MGM, sat in on an Eddie Condon Floorshow with drummer Buddy Rich and tap-dancer Baby Laurence on NBC TV, and conducted Teddy Stewart's Orchestra behind Dinah Washington on a date for Mercury records.

In 1950 Buckner recorded with the Three Flames for MGM, with singer Florence Wright for National, with Wynonie Harris for Vogue records, with Rufus Thomas ("Mr. Swing") for the Bullet label in Memphis, and with vocalist Mabel Scott and saxophonists Eddie Cleanhead Vinson, Buddy Tate and Wild Bill Moore for King. It was during the Moore session that Buckner first switched from piano to organ. He trundled it out again in Houston TX during the spring of 1952 while backing vocalist Sonny Parker with Gladys Hampton's Blue Boys for Peacock records. Milt recorded for the Scooter, Regent and Brunswick labels, and jammed with saxophonist Charlie Parker in 1953 at the bandbox in New York City. He sat piano for the Imperials (with Willie Dixon playing bass) on a Great Lakes session that took place in Detroit during the spring of 1954. Buckner also visited Philadelphia over the summer to record a few tunes with guitarist Big Ham Williams and drummer Sam Woodyard which were issued on 20th Century records, a subsidiary of the Gotham label.

Milt Buckner was a Capitol recording artist from April 1955 through July 1957, sharing the studio with saxophonists Earle Warren and Sam Taylor, guitarists Everett Barksdale and Skeeter Best, bassist Milt Hinton and drummers Osie Johnson and Shadow Wilson. He taped his first Argo LP in New York in December 1959 with guitarist Kenny Burrell and bassist Joe Benjamin. More Argo sessions came together in Chicago in 1960 and 1961, and he had dealings with the Bethlehem label in Cincinnati in 1962 and 1963. In March 1966 a performance with saxophonist Illinois Jacquet was taped live at Lennie's on the turnpike in West Peabody, MA and subsequently released on the Cadet label.

Like many U.S. jazz musicians who struggled at home and did better abroad, Milt Buckner clearly preferred the cultural and vocational climate in Europe. Over the 11 years that remained in his life, he only returned to North America for brief concert and club bookings -- five times to the U.S. and twice to Canada. Beginning in 1966 with his first Parisian session in the company of Illinois Jacquet and trumpeter Roy Eldridge, Buckner's discography indicates a more stable working environment involving skilled musicians and appreciative audiences. Milt Buckner's final decade of professional activity is mostly measured in recordings issued on the Black Blue label, with the exception of a few Prestige, Jazz Odyssey and Riff releases. 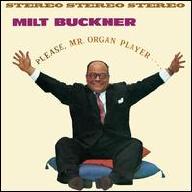 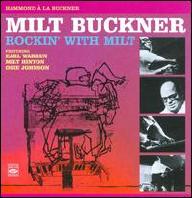 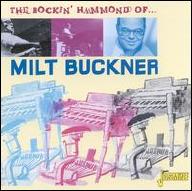 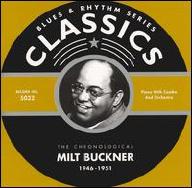 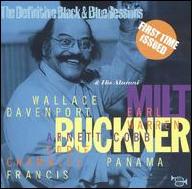 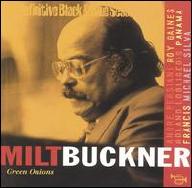 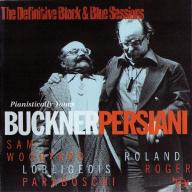 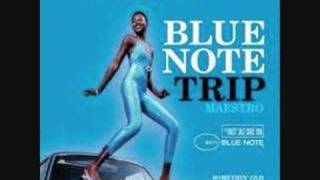 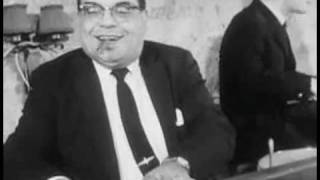 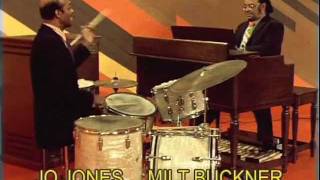 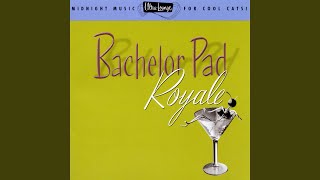 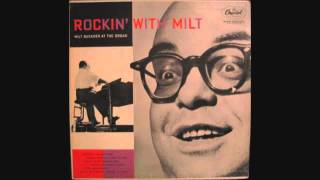 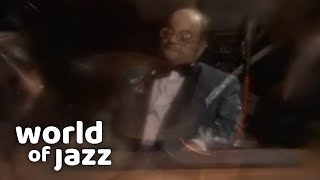