Close
Romeo Void
from San Francisco, CA
formed January 1, 1979 - January 1, 1984 (age 5)
Biography
Thanks to the reductive onslaught of the "'80s party weekend" radio format and the numbing similarity of most '80s hits compilations, hearing the name Romeo Void instantly conjures up the phrase "I might like you better if we slept together" in most minds. The unforgettable chorus of their best-known song, 1981's Never Say Never, the phrase on its own makes the song sound like some kind of shock-value novelty, and indeed, that's probably how many people remember it. Yet a careful listen to the verses, with their intimations of incest, murder, homelessness, and other dark subjects, makes plain that singer/lyricist Debora Iyall has more on her mind than simple salaciousness. The combination of Iyall's powerful vocals and searing imagery with the band's muscular blend of Joy Division's atmospherics and the Gang of Four's rattling momentum, with Benjamin Bossi's splattering free jazz saxophone coloring everything, made Romeo Void one of the strongest of the American post-punk bands.

Debora Iyall, a Native American (from the Cowlitz tribe) born in rural Washington and raised in Fresno, CA, moved to San Francisco in the mid-'70s to attend the San Francisco Art Institute. While there, she fell in with fellow students Peter Woods and Jay Derrah, who had formed a tongue-in-cheek '60s revival band called the Mummers and the Poppers. Iyall became the group's singer and also began incorporating music into her own poetry and performance art projects, drafting Frank Zincavage, a sculptor who also played bass and electronic drums, as her work partner. (Zincavage was also a noted graphic designer and photographer; his name and that of his sister, Diane Zincavage, appear in the credits of many San Francisco and Los Angeles indie albums of the era.) Intrigued by the burgeoning local punk and post-punk scenes, which included fellow Art Institute students like Avengers singer Penelope Houston and members of the Mutants and Pearl Harbor the Explosions, Iyall, Zincavage, Woods, and Derrah formed Romeo Void on Valentine's Day 1979. Iyall has said that the name, meaning "a lack of romance," was inspired by a headline on the cover of a local magazine that read "Why single women can't get laid in San Francisco."

Shortly after the group's formation, original saxophonist Bobby Martin and another local reedsman, Benjamin Bossi, swapped bands, with Martin joining art punk extremists the Offs and Bossi teaming up with Romeo Void. The revised lineup recorded their debut single, White Sweater, and a cover of Jorgen Ingmann's atmospheric 1961 twang-guitar instrumental hit Apache, for the new local indie 415 Records in 1980. Before sessions commenced for their first album, 1981's It's a Condition, Derrah left the group, replaced by ex-Explosions drummer John Stench Haines. One of the masterpieces of American post-punk, It's a Condition received rave reviews upon its release. Perhaps even more importantly, Cars leader Ric Ocasek heard the album (supposedly, a roadie played it in the Cars' tour bus) and invited the group to his Synchro Sound studio in Boston. The resulting Ocasek-produced EP, Never Say Never, on the back of the enormous dance club and college radio airplay of the single, led directly to 415 Records' ongoing association with Columbia Records (bringing not only Romeo Void but also Red Rockers, Translator, Wire Train, and others to major-label status), who reissued the EP later in 1981 before ushering the group back into the studio to record their next album.

1982's Benefactors kicks off with a less-impressive shortened mix of Never Say Never, almost completely eliminating Bossi's squalling, Albert Ayler-like solo, fading out before the hypnotic ending and bleeping out a rude word in the second verse. (This is the version the video, an early MTV staple, features.) A denser album than the sparse It's a Condition, Benefactors is nearly the equal of the earlier record, with the hyperactive dance-pop of Undercover Kept signaling a new interest in musical directness that would reap commercial benefits on their next album.

Like It's a Condition, that third album, 1984's Instincts, was produced by 415's former house producer David Kahne, but it's far slicker than the debut, a precursor to the ultra-shiny albums Kahne would do with the Bangles over the next couple of years. Although this newly commercialized approach scored the band their only Top 40 hit, A Girl in Trouble (Is a Temporary Thing), which Iyall claimed is an answer song to Michael Jackson's Billie Jean, the album is a disappointment in comparison to the stellar work that had preceded it. By the time of these sessions, Haines had been replaced by former session drummer Aaron Smith, and relations had become strained in the group. Romeo Void broke up in early 1985.

Debora Iyall recorded one solo album, 1986's Strange Language, which continued the commercial tendencies of Instincts, then returned to her previous career as a poet, artist, and teacher. She formed the noise pop duo Knife in Water in the '90s. Benjamin Bossi joined the Ordinaires. Romeo Void reunited for a few benefit shows in 1992 and later that year released a career-summary compilation, Warm in Your Coat, which featured one excellent previously unreleased song, One Thousand Shadows, recorded as a live demo in late 1984 for a movie soundtrack, but it was never finished. ~ Stewart Mason, Rovi 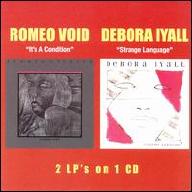 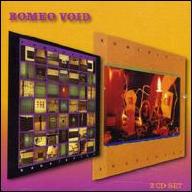 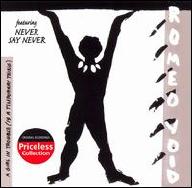 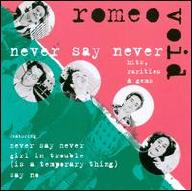 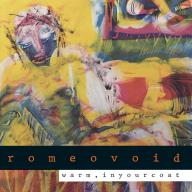 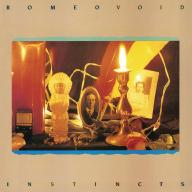 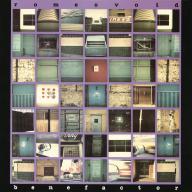 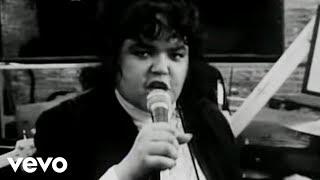 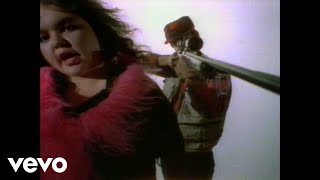 Romeo Void - A Girl in Trouble (Is a Temporary Thing) 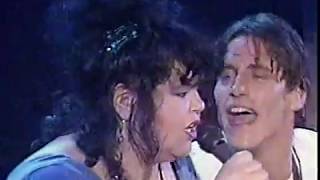 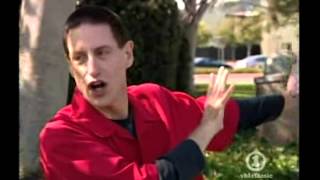 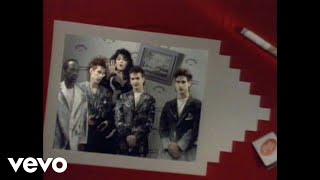 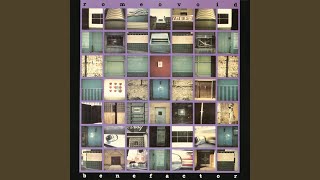