Close
Ian Matthews
from Scunthorpe, Lincolnshire, England
June 16, 1946 (age 74)
Biography
A vital figure in the history of British folk, Ian Matthews (also billed as Iain Matthews) was a founding member of the pioneering U.K. folk-rock band Fairport Convention before he went on to found his own group, Matthews' Southern Comfort, and later moved on to a solo career. Matthews possesses a warm and expressive tenor voice and a talent for songwriting. While he drew from British folk traditions in his work, his greatest inspiration came from American country, folk, and roots music, and he blended their timeless themes with a hippie-fied pastoralism that was warm and sweet or sorrowful, depending on the song. Though he would dabble in soft rock, power pop, and synth pop in the late '70s and early '80s, he always returned to the sun-dappled sound of the country-folk hybrid that was his trademark. 1971's Later That Same Year, his second album with Matthews' Southern Comfort, was a beguiling country-rock set that featured the international hit "Woodstock," 1971's Tigers Will Survive and 1972's Journey from Gospel Oak were inspired early solo efforts, 1978's Stealin' Home was informed by L.A. soft rock and included the hit single "Shake It," and 2014's The Art of Obscurity found him still in fine voice nearly a half-century into his career.

Ian Matthews MacDonald was born on June 16, 1946 in Barton-upon-Humber, Lincolnshire, England. When he was 12, his family moved to the village of Scunthorpe, in Northern Lincolnshire. When he was 16, he left school and was pursuing a career in painting and decorating, but he also developed a strong interest in music, and started singing with a local rock group. In 1965, he pulled up stakes and relocated to London; a year later, he was the lead vocalist with a band called the Pyramid, who were influenced by American surf music. They landed a deal with Deram Records, and managed to put out a single, 1967's "The Summer of Last Year," before breaking up.

He became a free agent in time to learn that Fairport Convention was looking for a male vocalist, and he joined the band shortly before they were discovered by Joe Boyd and released their debut single, "If I Had a Ribbon Bow," in late 1967. It was at this point that he took on the stage name Ian Matthews, to avoid being mistaken for Ian MacDonald, then playing sax with King Crimson. Matthews sang alongside Judy Dyble on Fairport's self-titled 1968 debut album, and shared vocals with Sandy Denny on 1969's What We Did on Our Holidays. However, Matthews found himself pushed to the margins as the group's focus turned to British folk, and during the sessions for Fairport's third album, Unhalfbricking, he and the band parted ways.

He promptly launched a solo career, and was signed to the MCA-distributed UNI label for his first solo effort, 1969's Matthews' Southern Comfort. He formed a band to support the album, which was also known as Matthews' Southern Comfort, and the group's debut, Second Spring, followed in 1970. By the end of that year, they released another LP, Later That Same Year; they also recorded a cover of Joni Mitchell's "Woodstock" that became a hit single in the United States, Canada, and England, and Decca, MSC's American label, added it to the sequence of their edition of Later That Same Year. Despite "Woodstock"'s success, Matthews was unhappy with the band, and he dropped out to relaunch his solo career, with the group continuing on as Southern Comfort.

The prolific Matthews signed with Vertigo Records, and issued two albums in quick succession, If You Saw Thro' My Eyes and Tigers Will Survive, in 1971. Andy Roberts played guitar on both records, and he and Matthews launched a group called Plainsong, whose debut album, In Search of Amelia Earhart, appeared in 1972. The record won rave reviews but didn't do well in the marketplace, so following a tour that increased tensions within the group, Plainsong split up after completing most of the work on a second album, which wouldn't see release until 2005 on a collection simply titled Plainsong.

Eager to get out of his contract with Vertigo, Matthews quickly cut the set Journeys from Gospel Oak to fulfill his obligations. Vertigo was unimpressed with the material and licensed it to Mooncrest Records, though the album received fine reviews and would become a fan favorite. He next teamed up with Elektra Records (who had released the Plainsong album), and went into the studio with former Monkee Michael Nesmith, who produced 1973's Valley Hi. Some Days You Eat the Bear and Some Days the Bear Eats You, which Matthews produced himself, followed in 1974. Like Valley Hi, it was a commercial disappointment, and after Elektra let him go, he turned to Columbia Records, which issued Go for Broke in 1975 and Hit and Run in 1976. They fared no better than his Elektra releases, and soon the singer was looking for a label again.

Sandy Roberton, who produced Plainsong's album, had started his own label, Rockburgh Records, and signed Matthews, producing his first LP for the imprint, 1978's Stealin' Home. A more commercial effort that still favored his talents, the album was a modest success and gave him a hit single, "Shake It." With his career on the upswing, he made two more albums for Rockburgh with Roberton, 1979's Siamese Friends and 1980's Spot of Interference. Rockburgh had fallen into financial problems, and Spot of Interference proved to be one of their last releases.

By this time, Matthews had relocated to Seattle, and there he formed a new power pop-influenced group, Hi-Fi, which also featured David Surkamp, formerly of Pavlov's Dog. The combo issued an EP, 1981's Demonstration Record, and an LP, 1982's Moods for Mallards, before they split up. Matthews dabbled in synth pop on 1984's Shook, but it went unreleased in North America and the U.K., and he retired from performing in frustration.

He moved into the business side of music, working as an A&R representative for several labels, but at the urging of friend and fan Robert Plant, he returned to recording with 1988's Walking a Changing Line, a set primarily devoted to songs from the catalog of Jules Shear. (The record was released by Windham Hill Records, one of the labels where he was employed during his exile from performing.) It was also the first album where the singer was billed as Iain Matthews, a new spelling he would use from this point on. He relocated to Austin, Texas, and partnered with Gold Castle Records for 1989's Pure and Crooked, which saw him putting his focus back on writing his own songs.

In 1991, Matthews and Andy Roberts crossed paths for the first time in years while the former was playing a pub gig, and the chance meeting led to a reunion of Plainsong. They recorded an album, 1993's Dark Side of the Room, and they would record and tour steadily as Matthews divided his time between Plainsong and his solo work. The group bowed out with the 2012 LP Fat Lady Singing, though they staged a one-off studio reunion to record 2015's Reinventing Richard: The Songs of Richard Fariña. In 2010, he would also revive Matthews' Southern Comfort, issuing a new album, Kind of New, and touring with the group. They would return in 2018 with Like a Radio and 2020 with The New Mine. He also collaborated with the cult-favorite singer and songwriter Elliott Murphy for a 2000 album, La Terre Commune.

Around the turn of the millennium, Matthews settled in the Netherlands, and in 2003 he started making music with Dutch jazz pianist and composer Egbert Derix. They began performing together regularly, and in 2010 they issued a collaborative album, Afterwords, followed by In the Now in 2012. (Matthews also recorded a set with Derix's group the Searing Quartet, 2008's Joy Mining.) Amidst all this, he continued to deliver a steady stream of studio projects, live recordings, and archival releases documenting his life in music. In 2020, he took a look back to his work of the early '70s on Fake Tan, an album he recorded with the Norwegian country-rock band the Salmon Smokers. ~ Mark Deming, Rovi 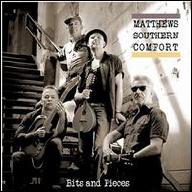 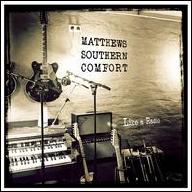 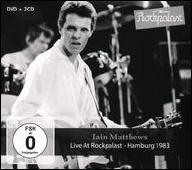 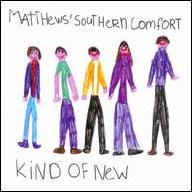 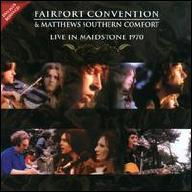 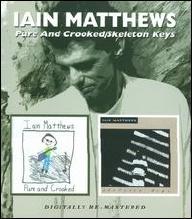 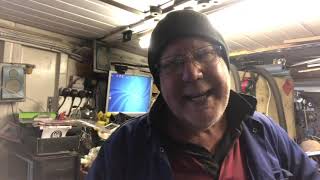 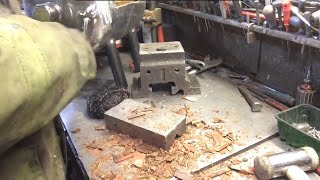 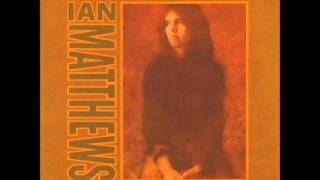 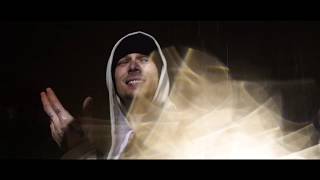 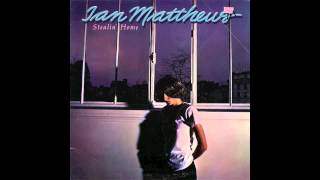 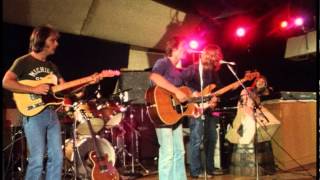 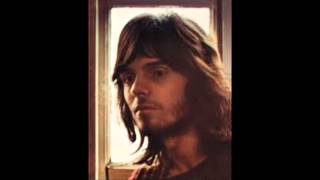 Ian Matthews "I Don't Want To Talk About It"
Available here: