Close
Lemmy
from Stoke-on-Trent, England
December 24, 1945 - December 28, 2015 (age 70)
Biography
For many, heavy metal was personified by a single person -- unforgettable Motörhead bassist/shouter Lemmy. Born Ian Fraiser Kilmister on December 24, 1945, in Stoke-On-Trent, Staffordshire, England, not much is known about Kilmister's early years, just that he was the son of a vicar. With the British Invasion of the early '60s, the young Kilmister became interested in music, playing in such long-forgotten bluesy rock outfits as the Rainmakers, the Rockin' Vickers, and Opal Butterfly. After serving as Jimi Hendrix's guitar roadie on an early U.K. tour by the legendary American guitarist, Kilmister joined the psychedelic space rock band Hawkwind in 1971, playing bass and occasionally singing (the best-known Kilmister-sung track was the U.K. hit "Silver Machine" in 1972). But come early 1975, Kilmister (then known as simply Lemmy), was handed his walking papers from Hawkwind after being busted at the Canadian border for drug possession.

Undeterred and growing frustrated with Hawkwind's stagnant musical direction, Lemmy immediately set out to form his next band, which would be far more straightforward, stripped-down, loud, heavy, and aggressive than his previous bands. Dubbed Motörhead (British slang for a speed freak), the group went through several members before settling on the classic trio lineup of Lemmy on bass/vocals, Phil Taylor on drums, and Eddie Clarke on guitar, in 1976. While the band's look was classic heavy metal (long, unwashed stringy hair, denim, and leather, etc.), their high-energy music was more aligned to the fleeting sounds of punk rock. 1977 saw the trio's self-titled debut released, and with such classic releases as Overkill, Bomber, Ace of Spades, and No Life 'Til Hammersmith issued over the next few years, Motörhead became one of the world's best-known and influential metal bands, lending a hand in creating thrash/speed metal.

While Motörhead's commercial success had hit many peaks and valleys since their late-'70s and early-'80s "golden era" (as well as many members coming and going -- Lemmy was the only constant figure), their fan base remained intact. In addition to Motörhead, Lemmy helped co-write tracks for several notable hard rock artists (such as Lita Ford and Ozzy Osbourne), and appeared on such TV shows as The Young Ones and the films Eat the Rich, Decline of Western Civilization, Pt. II, Tromeo and Juliet, and Terror Firmer, as well as having a cameo (fully clothed) in the porn video John Wayne Bobbitt Uncut. Sadly, Lemmy was diagnosed with an aggressive form of cancer on December 26, 2015. He passed away two days later at the age of 70. ~ Greg Prato, Rovi 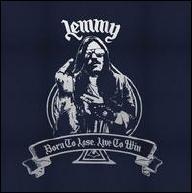 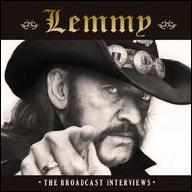 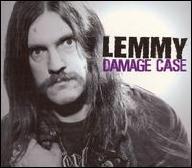 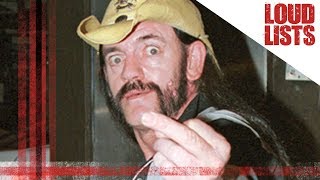 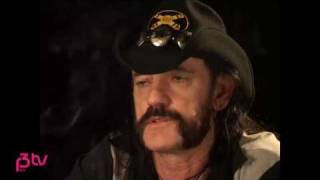 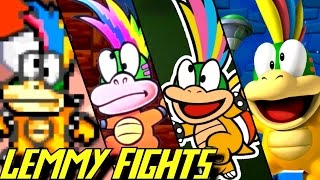