Close
Pee Wee Russell
from St. Louis, MO
March 27, 1906 - February 15, 1969 (age 62)
Biography
Pee Wee Russell, although never a virtuoso, was one of the giants of jazz. A highly expressive and unpredictable clarinetist, Russell was usually grouped in Dixieland-type groups throughout his career, but his advanced and spontaneous solos (which often sounded as if he were thinking aloud) defied classification. A professional by the time he was 15, Pee Wee Russell played in Texas with Peck Kelley's group (meeting Jack Teagarden) and then in 1925 he was in St. Louis jamming with Bix Beiderbecke. Russell moved to New York in 1927 and gained some attention for his playing with Red Nichols' Five Pennies. Russell freelanced during the era, making some notable records with Billy Banks in 1932 that matched him with Red Allen. He played clarinet and tenor with Louis Prima during 1935-1937, appearing on many records and enjoying the association.

After leaving Prima, he started working with Eddie Condon's freewheeling groups and would remain in Condon's orbit on and off for the next 30 years. Pee Wee Russell's recordings with Condon in 1938 made him a star in the trad Chicago jazz world. Russell was featured (but often the butt of jokes) on Condon's Town Hall Concerts. Heavy drinking almost killed him in 1950, but Russell made an unlikely comeback and became more assertive in running his career. He started leading his own groups (which were more swing- than Dixieland-oriented), was a star on the 1957 television special #The Sound of Jazz, and by the early '60s was playing in a piano-less quartet with valve trombonist Marshall Brown whose repertoire included tunes by John Coltrane and Ornette Coleman; he even sat in with Thelonious Monk at the 1963 Newport Jazz Festival and took up abstract painting. But after the death of his wife in 1967, Pee Wee Russell accelerated his drinking and went quickly downhill, passing away less than two years later. ~ Scott Yanow, Rovi 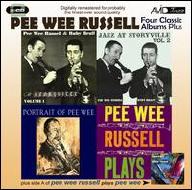 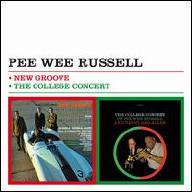 Plays with Clayton, Dickenson and Freeman
2008 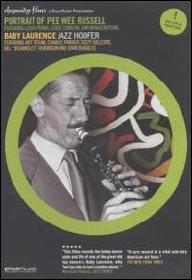 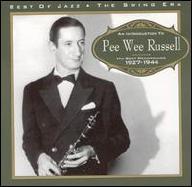 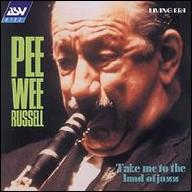 Take Me to the Land of Jazz
Available here: