Close
Ernie Isley
from Cincinnati, OH
March 7, 1952 (age 69)
Biography
Guitarist/drummer/singer/songwriter Ernie Isley infused the Isley Brothers with a Jimi Hendrix-like virtuosity that took the veteran R&B group into a more rockin' direction, earning 11 gold and five platinum albums. Later as a member of Isley/Jasper/Isley, he sang lead on the R&B hit Look the Other Way, and scored a number one R&B hit with Caravan of Love. Much of his work can be heard on The Ultimate Isley Brothers, issued by Sony Music Entertainment on October 17, 2000.

Born March 7, 1952, in Cincinnati, OH, Ernie grew up watching his older brothers Ronald, Rudolph, and O'Kelly have such hits as Shout, Twist and Shout, and This Old Heart of Mine. As a teen, he began learning to play the drums. Around this time, he and his brothers moved to New Jersey. After hearing Jose Feliciano's 1968 classic, Light My Fire, he picked up the guitar.

While visiting a sister who lived nearby, keyboardist Chris Jasper looked up his former Cincinnati neighbor. Every summer he and Ernie had gotten together and jammed. Another young Isley, Marvin Isley, joined them on bass, and the duo became a trio. The teenagers patterned themselves after the Young-Holt Unlimited and covered jazz, pop, and Motown. While they'd be in the basement rehearsing, the other Isleys would come down and encourage them, suggesting they go into the studio. This led to them recording some demo tracks with Ronald Isley singing lead.

In 1969, the Isleys got a custom label deal with Epic Records. The It's Your Thing album was the first release on the T-Neck (a moniker derived from their homebase of Teaneck, NJ), which included the million-selling title cut. Completing music studies at C.W. Post College in Long Island, NY, Ernie joined the Isley Brothers. He made his debut on their 3+3 LP issued in summer 1973. The album yielded Who's That Lady and a cover of Seals Crofts' Summer Breeze. That was the beginning of a string of hit albums that spanned 13 years.

In 1984, the group split and Jasper and the younger Isleys, Ernie and Marvin, formed the trio, Isley/Jasper/Isley. They got a custom deal with CBS Associated Labels with their first release, the self-produced Broadway's Next to Sunset Boulevard. It yielded the number 14 R&B hit Look the Other Way, which was in a light rock vein akin to the Police's Every Breath You Take. Other cuts became popular radio-aired LP tracks: the steppers tracks Serve You Right and I Can't Get Over Losing You. The title track of their next LP, Caravan of Love, parked in the number one R&B spot for three weeks and garnered airplay on pop and gospel stations. It was similar in theme and tone to Curtis Mayfield and the Impressions' People Get Ready. The follow-up, Insatiable Woman, another steppers favorite, also climbed the R&B charts. Ernie sang lead on the whimsical If You Believe in Love. The final Isley/Jasper/Isley album was Different Drummer, which yielded two Top 20 R&B hits, 8th Wonder of the World and Givin' You Back the Love. A willowy ballad, Blue Rose, with lead vocals by the guitarist, was a radio-aired LP track.

Soon afterwards, the group disbanded. Ernie recorded a 1990 Elektra LP, High Wire, that was a fine display of amazing guitar skills. In the late '90s, he reunited with Ronald Isley and they began touring as the Isley Brothers, performing a memorable outdoor concert televised on #The Oprah Winfrey Show. They also scored a platinum-plus selling album with Mission to Please. Ernie also appeared on a self-titled album by R. Kelly. ~ Ed Hogan, Rovi 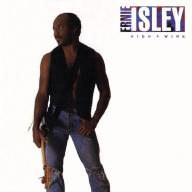 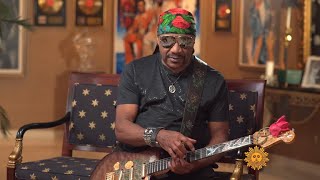 Ernie Isley on sleeping with his guitar 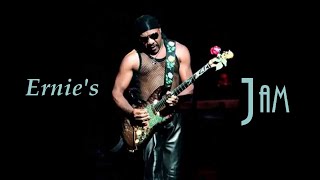 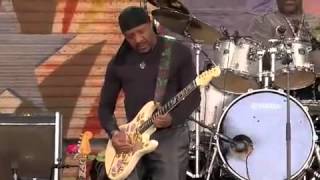 Ernie Isley Who's That Lady 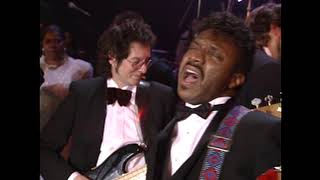 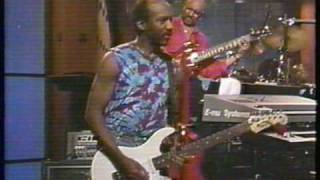 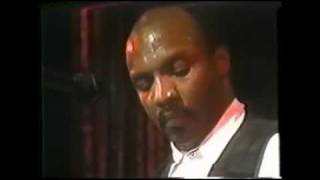 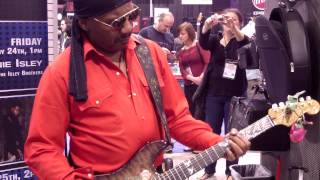