Close
Pickettywitch
Biography
Pickettywitch was a recording outfit that was very much of a piece with the Tremeloes, Edison Lighthouse, and Paper Lace, its history sandwiched directly between those renowned pop/rock outfits of the 1960s and 1970s. If they're not as well-known as those other outfits, then it's because they were never blessed with an international hit; but, in England, That Same Old Feeling -- a product of the Macaulay-Macleod songwriting team, best remembered for their work with the Foundations -- made the Top Five. Never really a "rock" band in the sense of having a terribly heavy or powerful sound, both the group and their records sounded like a cabaret act from the get-go. Their history dates back to 1969, with a disastrous effort at forming a mixed music-and-dance performing ensemble: vocalist Polly Browne (whose name is sometimes misspelled "Brown") and four of the other members of this outfit, guitarist Dave Martyr, bassist Martin Bridges, keyboardman Bob Brittain, and drummer Keith Hull, departed the rather Spartan and chaotic rehearsal conditions established by their would-be manager and decided to try and form a quintet. With a new manager aboard and vocalist Chris Warren added to the lineup, the sextet began months of rehearsals and auditions before potential record labels and producers, working out an act that included lots of highly choreographed moves. The name Pickettywitch came from a Cornish village through which Browne had passed with her sister.

Pickettywitch was signed by producer John Macleod to Pye Records and got out a single, You've Got Me So I Don't Know b/w Solomon Grundy, in July of 1969. It never charted, but led to appearances on the radio and on the television showcase #Opportunity Knocks. Soon after, Martyr departed and Bridges' switched to guitar, with Mike Tomich taking over on bass. It was their second single, a Foundations number called That Same Old Feeling, issued in November of 1969, that led to their breakthrough. Overcoming the competition of a rival version by Françoise Hardy, the single by Pickettywitch hit number five in England in early 1970. The group recorded a follow-up album that didn't sell, which wasn't surprising given that, in the custom of the time in England, the hit was left off of the LP. They saw further chart success in England with (It's Like A) Sad Old Kinda Movie (number 16) and Baby I Won't Let You Down (number 27); but also underwent a lineup change, as Bridges and Tomich left to pursue more sophisticated and progressive sounds, and were succeeded by Peter Hawkins and Brian Stewart. These membership changes didn't really have a great deal of effect on the group's sound, as their music involved a fair number of session players embellishing the sound (guitarist Terry Clarke of the early-'60s U.K. band the Eagles was even a contributor at one point), and the latter was largely built on Browne's lead vocals. At her best, she sounded like a slightly more soulful Karen Carpenter, though she has maintained that the recordings don't properly represent her as a singer, as Macleod seldom allowed her to experiment with soul phrasings.

The group came close to a breakthrough in America -- where their music was released on the Janus Records label -- in 1970, when Days I Remember was picked up for radio play, but the single release never charted. Alas, by 1971, Pickettywitch had run out of steam as a hit-making outfit even in England. Further membership changes ensued, as Pete Hawkins and Brian Stewart left the group, to be succeeded by Paul Risi on guitar and Paul Riordan on bass. By that time, Polly Browne was under tremendous pressure, as the most popular member of the group (the sides with Chris Warren's lead vocals never having been as successful), to embark on a solo career, and this was precisely what she did in late 1972. The group hung on briefly in the studio, with Warren singing on one last release in 1973, but this was merely a final attempt to milk the group name.

Farron later gave up performing, while Browne went on to a form a duo called Sweet Dreams, in partnership with Tony Jackson, enjoying a British hit with her cover of the ABBA song Honey Honey. She later went solo and racked up an international hit with Up In a Puff of Smoke in 1974, which reached number 43 in England and got to number 16 in America, and was well-known in England throughout the disco era and beyond. Meanwhile, her old group manifested itself briefly in the mid-'70s with a fake stand-in outfit dubbed "New Pickettywitch," which enjoyed a very brief recording career before it became clear that the British public wasn't buying it. ~ Bruce Eder, Rovi 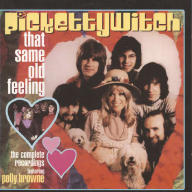 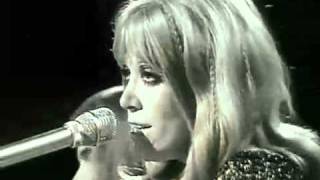 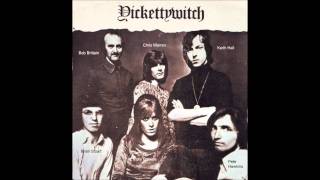 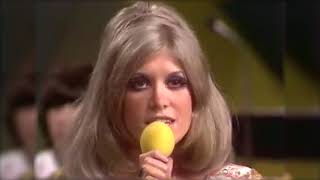 Pickettywitch - Baby I won't let you down 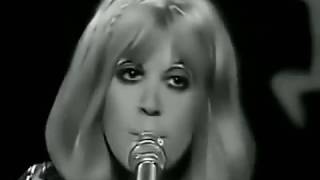 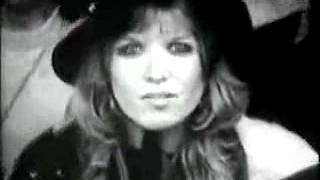 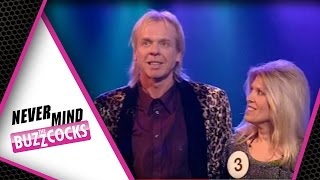 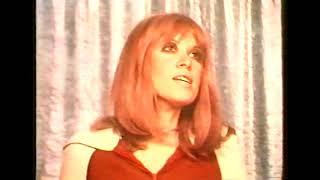 Pickettywitch - I Baby Won't Let You Down
Available here: