Close
Peter Buck
from Berkeley, CA
December 6, 1956 (age 64)
Biography
Peter Buck was the guitarist for R.E.M., arguably the most important and influential American rock band of the post-punk era. The big, jangly sound of Buck's Rickenbacker was one of R.E.M.'s musical signatures as they rose from cult status to mainstream acceptance, and his eclectic tastes and embrace of other stringed instruments (especially mandolin) was a major part of R.E.M.'s stylistic growth through their career. Nearly as important as his guitar work was Buck's eagerness to champion other artists he believed deserved a higher profile. Buck would take his favorite bands out on the road as R.E.M.'s opening acts, talk them up in interviews, and produce and/or play on their recordings, and in the '80s and '90s, Buck's endorsement carried significant weight in the alternative music press. After R.E.M. finally parted ways in 2011, Buck released some fine solo recordings but devoted most of his time to projects with others. He produced and accompanied Alejandro Escovedo, the Jayhawks, and John Wesley Harding, and recorded and toured with Filthy Friends, the Minus 5, the Baseball Project, and Arthur Buck.

Born December 6, 1956, in Berkeley, California, Peter Buck was managing the Athens, Georgia-based Wuxtry record shop when he met University of Georgia student Michael Stipe, and with bassist Mike Mills and drummer Bill Berry, they formed R.E.M. in the spring of 1980. Distinguished by Buck's chiming guitar riffs, the group honed an atmospheric, jangly pop sound often reminiscent of the Byrds, touring relentlessly prior to issuing their debut single, "Radio Free Europe," on the tiny Hib-Tone label in mid-1981; after the record's success on college radio attracted the attention of I.R.S. Records, they released the Chronic Town EP a year later. R.E.M.'s first full-length album, 1983's Murmur, cemented their reputation as critics' darlings; despite little mainstream airplay, 1984's Reckoning reached the Top 30 and with the darkly beautiful follow-up Fables of the Reconstruction, the band earned increasing MTV visibility for the videos "Can't Get There from Here" and "Driver 8."

While 1986's Life's Rich Pageant revealed a growing awareness with sociopolitical concerns (among them environmental issues and American foreign policy), the following year's Document was R.E.M.'s commercial breakthrough, buoyed by the Top Ten hit "The One I Love." Released on Election Day 1988, the Warner Bros. label debut Green was R.E.M.'s most pointedly polemic effort to date, although the hits "Stand" and "Pop Song 89" also reflected the band's wry sense of humor. Following the Green tour, R.E.M. took an extended break, during which time Buck, Mills, and Berry teamed with singer/songwriter Warren Zevon to record an LP as the Hindu Love Gods. Buck, who earlier produced the Feelies' 1986 comeback LP The Good Earth, also helmed sessions for Kevn Kinney (MacDougal Blues), Run Westy Run (Green Cat Island), and Uncle Tupelo (March 16-20, 1992); a comic book written and drawn by then-unknown singer/songwriter Jack Logan even depicted the guitarist as a superhero.

R.E.M. returned in 1991 with the chart-topping Out of Time, which generated the Top Ten hits "Losing My Religion" and "Shiny Happy People"; the elegiac masterpiece Automatic for the People followed in 1992 and as alternative rock took over the pop charts, the band was widely acknowledged among the chief inspirations behind a generation of new artists. In the wake of 1995's Monster, Buck formed the side project Tuatara, an experimental, free jazz-inspired collective also featuring the Screaming Trees' Barrett Martin and Luna's Justin Harwood; the group's debut album, Breaking the Ethers, appeared a year later, followed in 1998 by Trading with the Enemy. In 1997, he also teamed with ex-American Music Club frontman Mark Eitzel for the collaborative LP West. He returned to R.E.M. -- by then a trio following Berry's retirement -- for 1998's Up, the album that established that the group could continue without Berry. Over the next decade, Buck would pursue side projects between R.E.M. albums, frequently playing with such old friends as Robyn Hitchcock and Scott McCaughey; he played bass in McCaughey's band the Baseball Project.

R.E.M. announced their disbandment in the fall of 2011. In the spring of 2012, Buck announced he was recording his first solo album. The eponymous result was released in October in an extremely limited edition of 2,000 vinyl copies. Buck busied himself with the occasional supporting gig for his solo debut and also with his Todos Santos Music Festival, a charitable multi-day festival he launched in 2012 and which would be held on a regular basis over the next few years. Early in 2014, Buck was back with I Am Back to Blow Your Mind Once Again, another vinyl-only album. He toured behind the LP, supporting Alejandro Escovedo on a few dates; Buck also helped produce Escovedo's 2016 album Burn Something Beautiful and anchored his backing band. A third vinyl-only album from Buck, Warzone Earth, appeared in October 2015. Buck and most of the same crew that backed Escovedo for Burn Something Beautiful would reunite in the band Filthy Friends, a project that found Buck collaborating with Corin Tucker of Sleater-Kinney. Filthy Friends' debut album, Invitation, was released in 2017, and Emerald Valley appeared in 2019. Buck also served as producer on Paging Mr. Proust, a 2016 LP from the Jayhawks. Buck collaborated with South Florida cult hero and longtime friend Charlie Pickett on a 2018 Record Store Day single, "What I Like About Miami" b/w "So Long Johnny," and the tracks later appeared on Pickett's 2019 long-player What I Like About Miami. Buck and singer/songwriter Joseph Arthur also wrote and recorded a set of songs that they released in 2018 under the banner of Arthur Buck. Buck teamed up with yet another talented friend, Luke Haines (of the Auteurs, Black Box Recorder, and Baader Meinhof) for a collaborative release, 2020's Beat Poetry for Survivalists, that matched Haines' surreal lyrics with Buck's melodies and guitars. ~ Jason Ankeny & Mark Deming, Rovi 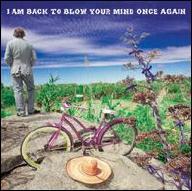 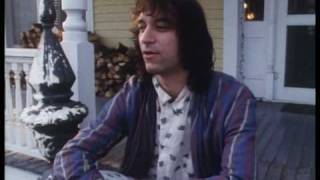 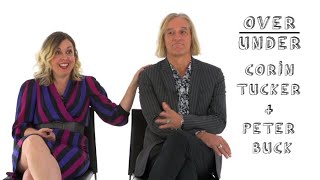 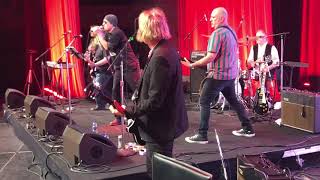 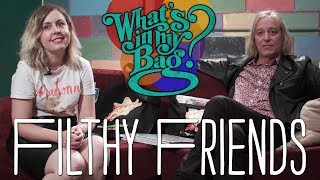 Filthy Friends - What's in My Bag? 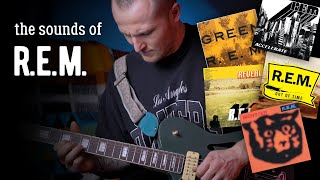 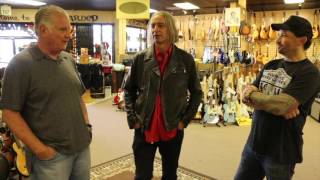 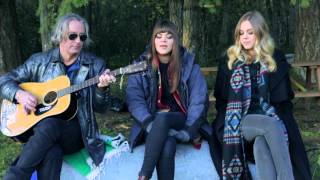