Close
Gibby Haynes
Biography
Butthole Surfers frontman Gibby Haynes is by far one of rock's most outrageous and unpredictable performers. Whether it be performing nude or in a woman's dress, firing blanks from a shotgun into the audience, singing through a megaphone, making a complete mess of the stage, or rambling on nonsensically in interviews, Haynes never disappoints with his wacky behavior. Surprisingly, the singer led a very normal life early on; raised in Dallas, TX, Haynes' father was the host of a popular local children's show, #the Peppermint Place (his father went by the name of Mr. Peppermint). Haynes would go on to become one of his high school's top students, as he graduated with honors and received an athletic scholarship to play basketball at San Antonio's Trinity University, and even landed a job at one of the area's top accounting firms. But Haynes was quickly growing disillusioned with the "professional" path his life was taking, and soon became friends with a fellow eccentric at school who shared his same warped sense of humor, guitarist Paul Leary. It wasn't long before the two partook in such peculiar pastimes as publishing a fanzine that specialized in horrific medical photographs (called Strange V.D.) and made t-shirts and other garments modeling Lee Harvey Oswald's image. With the two putting college on hold, Haynes and Leary discovered they shared the same love of punk rock (Dead Kennedys) and cult artists (Frank Zappa, Captain Beefheart), and sought to form a band.

By 1982, the duo had relocated to California, which, soon after, led to the formation of the Butthole Surfers. Featuring a multi-member cast on-stage, their noise-based music seemed to take a backseat to their live show, as their performances usually bordered on "performance art" (one early gimmick was the use of disturbing pictures/films being show behind the band). Throughout the '80s, the Butthole Surfers became one of the U.S.'s top underground outfits; issuing a total of four EPs and five full-lengths (including such Butthole classics as 1987's Locust Abortion Technician and 1988's Hairway to Steven). The early '90s saw Haynes and Butthole bassist Jeff Pinkus indulge in a best-forgotten electronic experiment, the Jackofficers (issuing a lone album, Digital Dump, in 1990), but his main focus remained his full-time band. Soon, a strange thing began to happen: the mainstream began to warm up to the Butthole Surfers, as the band inked a major-label deal with Capitol Records, and toured as part of the inaugural Lollapalooza festival in 1991.

In addition to continuing to record/tour with the Buttholes, Haynes produced the sophomore effort by Reverend Horton Heat, Full Custom Gospel Sounds, and lent his vocal skills to both Ministry's breakthrough single/video Jesus Built My Hotrod and the song Fire in the Hole from the Jane's Addiction offshoot Deconstruction. But Haynes reacted badly to all the sudden attention, as he began indulging heavily in hard drugs, eventually working his way to a deadly habit. Haynes eventually cleaned up his act via rehab (even sharing a room in a L.A. facility with Kurt Cobain shortly before the Nirvana leader's tragic suicide in 1994); and formed another one-off side project with actor Johnny Depp, P, issuing a self-titled album in 1995. Haynes' first recording with the Butthole Surfers after rehab, 1996's Electriclarryland, went on to become the group's most commercially successful yet, even spawning a hit single with Pepper. However, conflicts with Capitol Records prevented the Buttholes' follow-up, 1998's After The Astronaut, from ever seeing a commercial release, and their next album, 2001's The Weird Revolution, proved to be a critical and commercial disappointment, and the group was dropped by Hollywood Records shortly afterward. As the Butthole Surfers plotted their next move, Haynes stepped out as a solo artist with a new project, Gibby Haynes and his Problem; the band recorded their first album (with Paul Leary helping out in the studio) for the independent Surfdog label in 2004. When not busy with his musical career, Haynes has worked as a radio host and appeared in several motion pictures, including #Freaked, #Dead Man, #Nowhere, and #The Brave. ~ Greg Prato, Rovi 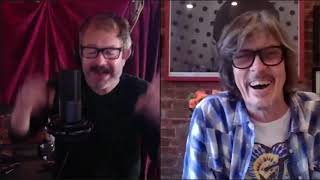 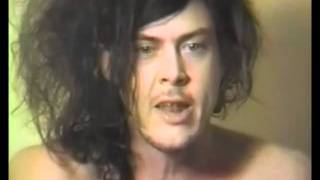 the gospel according to Gibby Haynes part 1 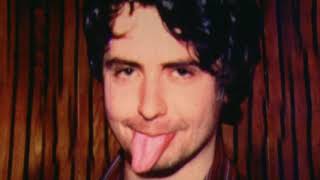 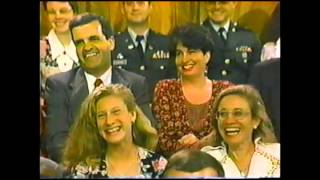 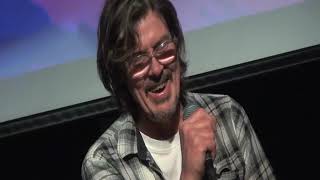 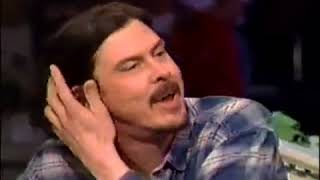