Close
Ray Conniff
from Attleboro, MA
November 6, 1916 - October 12, 2002 (age 85)
Biography
The man who popularized wordless vocal choruses and light orchestral accompaniment on a mix of popular standards and contemporary hits of the 1960s, Ray Conniff was a trombone player for Bunny Berigan's Orchestra and Bob Crosby's Bobcats before being hired as an arranger by Mitch Miller for Columbia Records in 1954. After he wrote the charts for several sizeable Columbia hits during the mid-'50s, Conniff became a solo artist as well, applying his arranging techniques to instrumental easy listening for the booming adult album market. The result, 12 Top Ten LPs and well over 50 million total albums sold, cemented his status as one of the top LP sellers of all time, but his increasingly watered-down and commercially focused arrangements gained few young fans by the end of the '60s. Though he continued recording and touring the world into the '90s, Conniff's albums slipped off the charts in the early '70s.

Born in November 1916 in Attleboro, MA, Ray Conniff gained much of his musical experience inside the home. His father, a trombone player, led a local band, while his mother played the piano. Ray began leading a local band while in high school -- picking up the trombone for the first time not long before -- and began writing arrangements for it; after graduation, he moved to Boston and began playing with Dan Murphy's Musical Skippers (besides playing and arranging, Conniff drove the band around). By the mid-'30s, he was ready for the big time, landing in New York just after the birth of the fertile swing era. He comped around Manhattan for several years, and by 1937 landed an arranging/playing job with Bunny Berigan. Two years later, he moved to Bob Crosby's Bobcats, one of the hottest bands of the time, though Conniff stayed for only a year before joining up with Artie Shaw and later Glen Gray.

With the advent of American involvement in World War II by 1941, Conniff joined the Army, though the closest he came to Wake Island was Hollywood, where he worked as an arranger with Armed Forces Radio. At the end of the war, Conniff worked with Harry James but lost interest in arranging when bop moved to center stage during the late '40s. Completely divorced from the music business, he studied conducting and music theory during the early '50s, emerging by 1954 to accept a position with Columbia Records and notorious pop producer Mitch Miller. The following year, he put his theories to practice with Don Cherry (the vocalist, not the jazz trumpeter) on a Top Five hit, Band of Gold. Close on its heels were some more big hits of 1956-1957, including the number ones Singing the Blues by Guy Mitchell and Chances Are by Johnny Mathis, plus Top Five entries by Johnnie Ray (Just Walking in the Rain), Frankie Laine (Moonlight Gambler), and Marty Robbins (A White Sport Coat [And a Pink Carnation]). Columbia, undoubtedly ecstatic over the success of its arranger, agreed to let Conniff record an instrumental album, and the result, 'S Wonderful (1956), spent months on the album charts. With a similar intent (though far tamer results) to Lambert, Hendricks Ross' album of the same year, Sing a Song of Basie -- which transcribed classic Basie orchestra solos into vocal parts -- Conniff arranged parts for an easygoing chorus of singers just as he had with instrumentalists in the past. 'S Wonderful was background instrumental music for adults who still liked to hear the human voice, and the technique grew to define the "Muzaky" feel of much of the adult pop of the 1950s and '60s.

During the rest of the late '50s, four Ray Conniff albums reached the Top Ten, led by the gold-certified 'S Marvelous and Concert in Rhythm. Conniff did well in the early '60s as well, with popular theme albums like Say It with Music (A Touch of Latin), Memories Are Made of This, So Much in Love, 'S Continental, and We Wish You a Merry Christmas, which continued to chart during the holiday season of the next six years after its 1962 release date. The rise of rock & roll in the mid-'60s obviously hurt Conniff's record sales, though in 1966 the inclusion of "Lara's Theme" in the film #Doctor Zhivago resulted in Conniff's only significant singles-chart placing at number nine, and a million-selling album with Somewhere My Love. During the late '60s, he began to include the softer side of rock and Bacharach-David pop into his repertoire, with artists from Simon Garfunkel to the Carpenters and the Fifth Dimension all receiving the Conniff treatment (alongside more questionable attempts, such as Theme from 'Shaft'). He continued to record albums and perform to his large Latin American audience into the '90s. On October 12, 2002, Conniff passed away after falling down and hitting his head. He had suffered a stroke months prior, but his health had continued to deteriorate. He was 85. ~ John Bush, Rovi 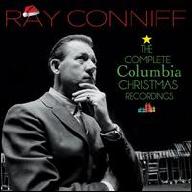 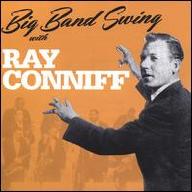 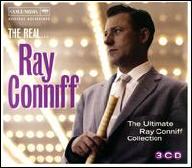 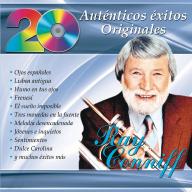 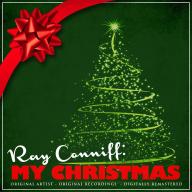 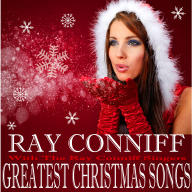 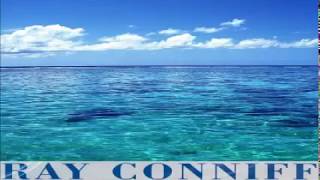 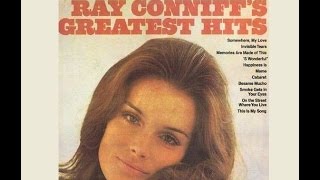 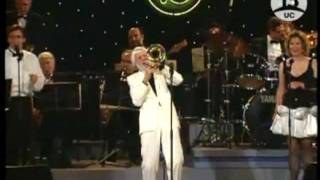 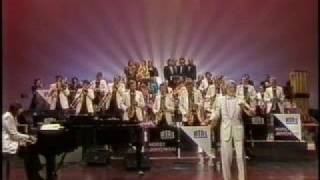 Ray Conniff: Smoke Gets In Your Eyes 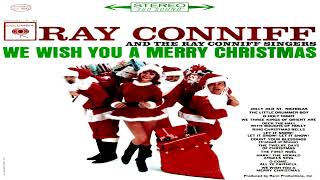 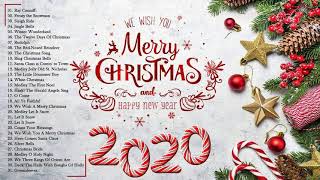 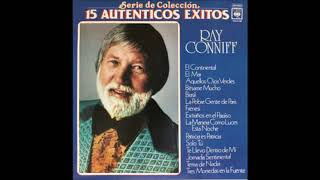