Close
Katy Perry
from Santa Barbara, CA
October 25, 1984 (age 37)
Biography
Flirting with the aplomb of an assassin, Katy Perry created a distinctly new millennial pop persona: a Disney princess as imagined by Madonna. Perry enjoyed tweaking the sensibilities of a straightlaced audience -- she sneered on her first single "Ur So Gay" (punch line: "and you don't even like boys"), she gasped "I Kissed a Girl" and she liked it -- and her stylish provocations certainly put her on the pop culture radar, but the reason she stayed there was her knack for blending classic pop conventions with new trends. This talent reached its apex on 2010's Teenage Dream, a blockbuster sophomore set that generated hits as diverse as its dreamily romantic title track, the cotton-candy summertime pop "California Gurls," and the steely EDM variant "Firework." As her career progressed, she cannily tempered her risqué moves, adding the empowerment anthem "Roar" to her repertoire while still finding space for dance club hits like "Dark Horse." Perry broadened her audience through film cameos and a stint as a judge on American Idol, projects that not only kept her in the spotlight but helped her ease her transition from pop diva to showbiz staple.

Perry's success was so sudden in 2008 it seemed as if she was an overnight success when the opposite was true. The daughter of Pentecostal pastors, she was born Katheryn Elizabeth Hudson on October 25, 1984, in Santa Barbara, California. Raised by born-again parents, Katy was initially attracted to gospel music, sometimes sneaking pop music in to balance the inspirational tunes, but when she first started singing it was in the church. She picked up the guitar at the age of 13 and started writing songs, pursuing a music career in earnest when she was 15. Earning the attention of CCM artists Jennifer Knapp and Steve Thomas, Katy headed out to Nashville in 2001, where she cut demos and eventually secured a contract with Red Hill Records.

Red Hill released Katy Hudson, a record targeted at a Christian/inspirational demographic, in February 2001, but it didn't garner much attention and was ultimately buried once the label was shuttered at the end of the year. In the wake of the album's failure, Perry transitioned toward pop music, relocating to Los Angeles and working with producer Glen Ballard, chief collaborator with Alanis Morissette, one of Perry's biggest inspirations. As she abandoned Christian music, she also abandoned her surname Hudson, choosing to use her mother's maiden name Perry instead.

Ballard signed Perry to his Island/Def Jam-distributed label Java in 2004, but once the producer's imprint severed ties with its parent company, Perry and the album were dropped. Next up, Perry signed to Columbia Records, where she worked on a record for two years, collaborating with the likes of Max Martin, Dr. Luke, the Matrix, Desmond Child, and Butch Walker, but just as the album was reaching the finish line in 2006, she was dropped from Columbia. Perry continued to soldier forth, working as a backup singer for hire (she can be heard on Mick Jagger's "Old Habits Die Hard" from the soundtrack to 2004's Alfie), and recording a full album with the production team the Matrix, only to find that album also scrapped.

She finally had a song called "Simple" released on the soundtrack to 2005's The Sisterhood of the Traveling Pants, but her next big break arrived in 2007, when Jason Flom signed her to Capitol. Once again, Perry headed into the studio to create a would-be blockbuster -- Ballard, Dr. Luke, and Butch Walker all returned, with Dave Stewart, Greg Wells, and S*A*M* Sluggo also showing up -- but this time everything fell into place for the singer. First came the deliberately controversial "Ur So Gay," released as a video and digital single, and it gained enough attention that by spring of 2008, Madonna was calling it her current "favorite song." By that point, Perry's first real single was scheduled for release: "I Kissed a Girl." Also vaguely scandalous, "I Kissed a Girl" became a smash and headed all the way to the top of the Billboard Hot 100. Her debut, One of the Boys, followed in June 2008, and it was also a success, supported by the Top Ten hit "Hot N Cold," along with "Thinking of You" and "Waking Up in Vegas." One of the Boys was a big enough hit that the shelved album Perry had recorded with the Matrix back in 2004 saw a release in January 2009, but it didn't do much.

Perry supported One of the Boys with media appearances and steady tours, including an appearance on the 2008 Warped Tour and her own headlining Hello Katy jaunt in 2009. A stopgap MTV Unplugged album appeared in November 2009, by which time Perry was hard at work on her second album, Teenage Dream. Preceded by the frothy single "California Gurls," Teenage Dream was an international smash, generating no less than five consecutive number one singles in the U.S.: "California Gurls," "Teenage Dream," "Firework," "E.T." (which featured Kanye West), and "Last Friday Night (T.G.I.F.)." This success set a couple precedents: she was the first female artist ever to achieve such a run of number ones and the first artist since Michael Jackson to have so many singles from an individual album reach the pole position. In 2012, the album was expanded to Teenage Dream: The Complete Confection, which contained a new single in "Part of Me," which also topped the charts. During this entire cycle, Perry was a constant pop culture presence, undergoing an international tour, appearing in cameos all over television, courting mild social media controversies, creating fragrances, and filming the documentary Katy Perry: Part of Me, which appeared in theaters in July 2012.

As the Teenage Dream juggernaut wrapped up, Perry turned her attention to recording her third album. Appearing in October 2013, Prism signaled a more mature Katy Perry, something that was apparent from its motivating first single, "Roar." Prism received a lift from its third single, "Dark Horse," which became her ninth number one ("Unconditionally" didn't crack the Top Ten), and it was followed by "Birthday" and "This Is How We Do," both released as she supported the album with an international tour. The highlight of that tour was her appearance at the half-time show for 2014's Super Bowl XLIX, where she performed with Missy Elliott and Lenny Kravitz.

Two years later, Perry made her comeback with another major sporting event: the 2016 Rio Summer Olympics. Her single "Rise" was honored as the official anthem for the games; it peaked at 11 on Billboard's Hot 100. Perry next released "Chained to the Rhythm," a single co-written with Sia Furler and co-produced by Max Martin, in February 2017. Another single -- "Bon Appetit," featuring Migos -- appeared before the June release of Witness, an album that emphasized EDM-inspired dance-pop. Perry returned with a holiday single, the family-inspired "Cozy Little Christmas," in December 2018.

Early in 2019, she collaborated with Zedd on his single "365" and appeared on a hit remix of Daddy Yankee's smash "Con Calma" before issuing her solo single "Never Really Over" in May 2019. "Never Really Over" climbed to 15 on the Billboard Top 40, setting the stage for a series of digital singles that arrived before the August 2020 release of her sixth album, Smile. Featuring production by the Monsters Strangerz, Zedd, Carolina Liar, and others, the set hit number five on the Billboard 200. ~ Stephen Thomas Erlewine, Rovi 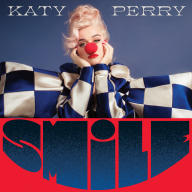 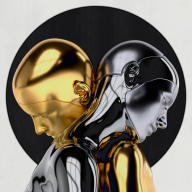 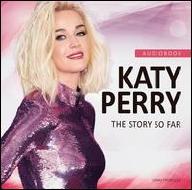 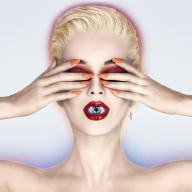 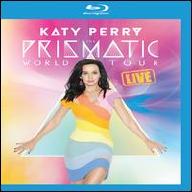 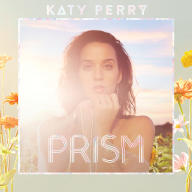 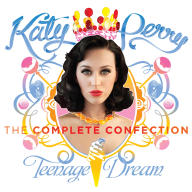 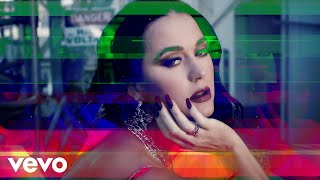 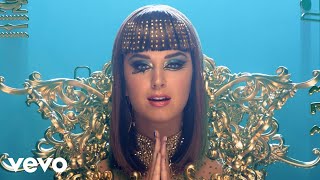 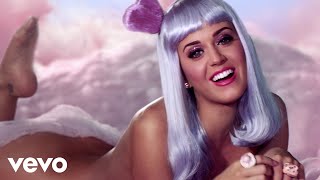 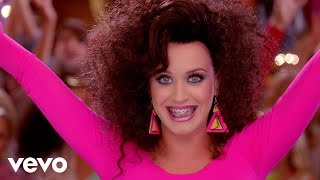 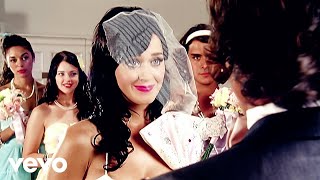 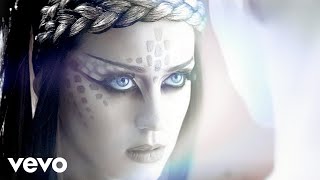