Close
Charlie Walker
from Collins County, TX
November 2, 1926 - September 12, 2008 (age 81)
Biography
Country singer Charlie Walker remains best remembered for the 1958 honky tonk classic Pick Me Up on Your Way Down, a song also responsible for launching the career of its composer, then-unknown Harlan Howard. Born in Copeville, TX, on November 2, 1926, Walker began performing in his teens upon the encouragement of his father, a cotton farmer. In 1943, he signed on as a singer and guitarist with Bill Boyd's Cowboy Ramblers, but enlisted in the U.S. Army the following year, serving in Tokyo as a disc jockey for the American Forces Radio Network. Following World War II Walker settled in San Antonio, where he was hired as an on-air personality with local radio outlet KMAC -- famed as "ol' polk salad, cotton-picking, boll-pulling, corn-shucking, snuff-dipping Charlie Walker," he remained with the station for a decade, and grew so popular and influential that in 1981 he was inducted into the Country Music DJ Hall of Fame.

Despite his renown as a broadcaster, Walker continued performing, and in 1952 he signed to Imperial Records, cutting a series of little-noticed singles including I'm Looking for Another You, Out of My Arms, and Stay Away from My Head. The label cut him loose in mid-1953, and a year later he resurfaced on Decca, scoring a regional hit that summer with Tell Her Lies and Feed Her Candy. In late 1955 Walker reached the national country charts with Only You, Only You, but the remainder of his Decca output failed to enjoy comparable success, and he parted ways with the label in 1957, landing at Mercury long enough to release two additional singles, Dancing Mexican Girl and I'll Never Let It Show.

Upon signing with Columbia in mid-1958, Walker was assigned Pick Me Up on Your Way Down, penned by aspiring songwriter Howard, at that time a forklift driver at a California printing factory. With its insistent shuffle rhythm and memorable turn-of-phrase title, the single became an immediate hit, entering the country Top Five and establishing the careers of both men. But while Howard emerged as one of the most prolific and successful composers in Nashville history, Walker never again achieved the same commercial heights -- follow-up singles like I'll Catch You When You Fall, When My Conscience Hurts the Most, and Who Will Buy the Wine still charted, but following 1963's There's Where Katie Waits, Columbia cut its losses. It took more than a year for Walker to resurface on record via the Epic-label effort Close All the Honky Tonks.

In mid-1965, he scored a minor hit with Wild as a Wildcat, and two years later earned some notoriety for the novelty effort Don't Squeeze My Sharmon, inspired by toilet paper brand Charmin's commercial catch phrase. After spending several years headlining the Las Vegas casino the Golden Nugget, Walker was invited to join Nashville radio's famed Grand Ole Opry in 1967, and his rowdy, witty songs made him a perennial fan favorite throughout his four-decade stint with the program. He also continued recording throughout the 1970s, charting for the last time with 1974's Capitol release Odds and Ends. In 1985, Walker also made his feature-film debut, playing ill-fated country singer Cowboy Copas in the Patsy Cline biopic #Sweet Dreams. A few months after colon cancer forced him to relinquish his Opry duties, Walker died on September 12, 2008. ~ Jason Ankeny, Rovi 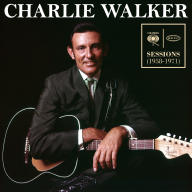 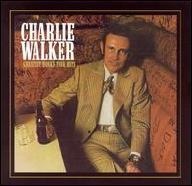 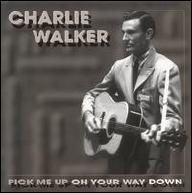 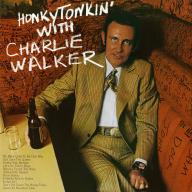 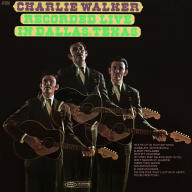 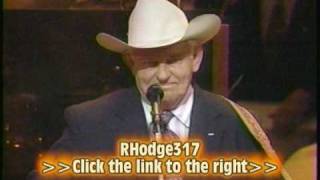 Charlie Walker "Pick Me Up On Your Way Down" 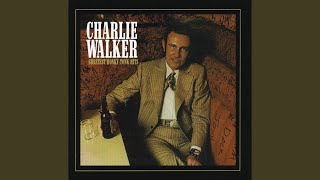 Close All The Honky Tonks 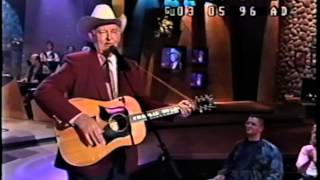 Charlie Walker - Pick Me Up On Your Way Down 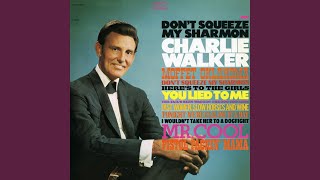 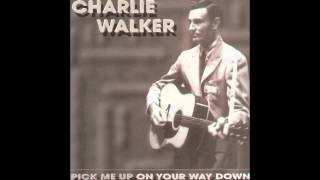 Charlie Walker - Pick Me Up On Your Way Down
Available here: