Close
Jakko M. Jakszyk
from Highgate, London, England
June 8, 1958 (age 62)
Biography
Multi-instrumentalist, singer, and composer Jakko Jakszyk (aka Jakko M. Jakszyk or the mononymous Jakko) spent years as a valued contributor to British prog and art rock before gaining his widest recognition in the 2010s as lead singer and guitarist in a reboot of King Crimson, a band he had loved since first hearing the durable and groundbreaking proggers in the late '60s (when his age in years had scarcely reached double-digit territory). Born Michael Lee Curran in 1958 in Highgate, London, as a teenager he intended to become a professional soccer player, but he failed his trial with Watford Football Club. Already playing guitar in his bedroom, he also enjoyed acting, and joined the National Youth Theatre at the age of 14. His first band, a trio named Soon After, was formed a year later. In 1975, Soon After won third place in a Melody Maker National Rock Competition.

Jakszyk eventually found acting work after leaving school, participating in the Sixty Four Spoons troupe, whose marriage of punk rock attitude with classical musicianship and bawdy music-hall humor created a memorable sight around the lesser venues of England. Through the Spoons, he met keyboardist Dave Stewart (Egg, Hatfield and the North, National Health), with whom he toured England and Europe, before appearing on Stewart's recording of "What Becomes of the Broken Hearted?" with Colin Blunstone and Barbara Gaskin. He signed a solo recording contract with Chiswick Records in 1981. A series of singles ensued while an album, Silesia, was released only in Germany. Jakszyk then moved to Stiff Records for more singles and a second album.

By 1985, Jakszyk had joined Mark Dean's Innervision/MDM record label for album number three. In 1987 he formed an all-acoustic Indo-fusion band named Dizrhythmia, which included Danny Thompson on double bass and various Indian classical musicians. A self-titled album, released by Antilles Records, found critical favor both in the U.K. and U.S. Jakszyk then moved to New York to join avant-garde rock band the Lodge, whose personnel included ex-Henry Cow members John Greaves and Peter Blegvad, plus Anton Fier of the Golden Palominos on drums. After contributing to and arranging material on Sam Brown's Stop! album, he joined with Tom Robinson to tour and co-write the album We Never Had It So Good. Jakszyk joined Level 42 as lead guitarist in 1991, by which time his session credits included Swing Out Sister, Gary Moore, and Mica Paris. In June 1994, the Resurgence label released Kingdom of Dust, a mini-album recorded with three ex-members of Japan: Richard Barbieri, Steven Jansen, and Mick Karn. It was followed by the Jakszyk solo album Mustard Gas Roses in 1995. During the '90s, Jakszyk also undertook The Road to Ballina, a biographical project involving both music and spoken word that was broadcast on BBC Radio 3 in December 1996, and released by Resurgence in a CD version early the following year.

In 2002, Jakszyk took a key but not yet recognized step toward later membership in King Crimson by forming the Crimson repertory outfit 21st Century Schizoid Band along with other KC alumni including Ian McDonald, Mel Collins, Peter Giles, Michael Giles, and Ian Wallace. The group toured in the U.K., North America, and Japan over the next five years, and self-released a handful of live albums, before disbanding upon Wallace's death in 2007. Meanwhile, Jakszyk had tapped both previous and new collaborators -- including Stewart, Collins, McDonald, Wallace, Soft Machine's Hugh Hopper, and notably Robert Fripp, King Crimson's guiding force for nearly a half century -- for appearances on his 2006 double-CD The Bruised Romantic Glee Club, which comprised one disc of heartfelt personal songs and a second disc of classic prog, avant-prog, and art rock covers originally recorded by the likes of Crimson, Soft Machine, and Henry Cow.

Following The Bruised Romantic Glee Club's release and after hearing Jakko sing "Islands" at Ian Wallace's funeral, Fripp invited Jakszyk to collaborate with him, and their project ultimately expanded to include saxophonist Collins for the 2011 Jakszyk, Fripp and Collins album A Scarcity of Miracles, which also featured participation from previous Crimson drummer Gavin Harrison and bassist Tony Levin. King Crimson was not active at the time, but by the fall of 2013 Fripp announced that the legendary prog outfit would indeed be re-forming, and the following year the lineup was set, building on the foundation of A Scarcity of Miracles participants Jakszyk, Fripp, Collins, Levin, and Harrison, and also adding previous bandmember Pat Mastelotto and newcomer Bill Rieflin. This largest ever King Crimson aggregation, with Jakszyk on vocals and second guitar (and even adding an eighth member, Jeremy Stacey), covered Crimson repertory from 1969's In the Court of the Crimson King onward. For the next several years, the band toured worldwide and released a number of well-received live albums, including 2016's Radical Action to Unseat the Hold of Monkey Mind and the following year's Heroes EP, featuring the David Bowie title track, on which Jakszyk delivered a fine singing performance and Fripp revisited the guitar sustain he had played on the original Bowie song in 1977.

Jakszyk has also produced several artists, appeared on television programs including French and Saunders and Birds of a Feather, and written about music widely in such publications as Melody Maker and Musicians Only. His television incidental music has been heard on the BAFTA-nominated Chef, Jo Brand Through the Cakehole, and Birds of a Feather. ~ TiVo Staff, Rovi 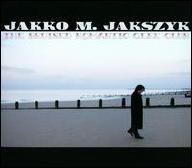 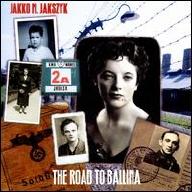 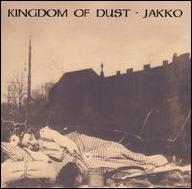 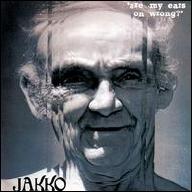 Are My Ears on Wrong
1995
Videos
Close 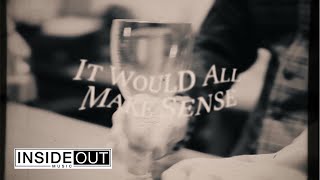 JAKKO M JAKSZYK - It Would All Make Sense (OFFICIAL VIDEO) 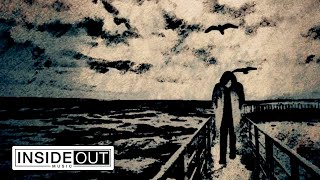 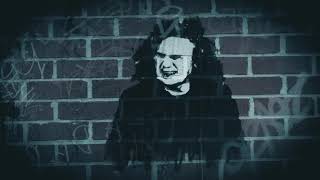 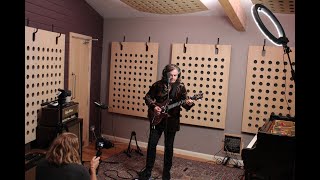 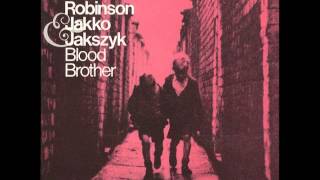 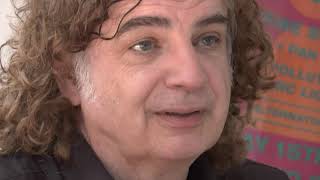 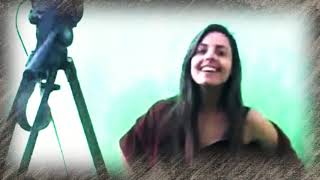