Close
Daddy Yankee
from San Juan, Puerto Rico
February 3, 1977 (age 44)
Biography
Daddy Yankee did more than anyone to establish reggaeton as a marketable music style during the early 21st century. Yankee's success was so phenomenal in the wake of his 2004 mainstream breakthrough Barrio Fino -- and in particular, the international hit single "Gasolina" -- that he transcended cultural boundaries and genre trappings. He became more than just a reggaetoñero, having transformed himself into an international name brand by the time his 2007 follow-up album, El Cartel: The Big Boss, was released. Daddy Yankee's name, image, and music were used to sell soft drinks for Pepsi and footwear for Reebok, as well as a syndicated show for ABC Radio Networks (Daddy Yankee on Fuego) and a feature film for Paramount Pictures (Talento de Barrio). Daddy Yankee had indeed become a business empire, of which the primary asset -- his music -- remained independent from major-label control: he keenly operated his own independent label, El Cartel Records, and chose to partner with labels such as Interscope only for purposes of marketing and distribution. Although the business side of Daddy Yankee threatened to overshadow his music, Barrio Fino stands tall as the definitive reggaeton album of its time. Boasting a pair of fantastic hits, "Gasolina" and "Lo Que Pasó, Pasó," the record was a standard-bearer, influencing a legion of followers and establishing the production duo Luny Tunes as reggaeton's hottest hitmakers. Barrio Fino was also the first reggaeton album to reach number one on the Top Latin Album chart, a position it held for roughly a year while selling over a million copies in the United States alone.

Born Ramón Ayala (aka Raymond) on February 3, 1977, in Río Piedras, the largest district of San Juan, Puerto Rico, Daddy Yankee grew up in a musical family. His father was a bongosero (a salsa percussionist), his mother's family included numerous musicians, and he himself sang from an early age and had a knack for improvisation. As Yankee grew older, he took an interest in Spanish-language hip-hop, especially the socially aware raps of Vico C, and he became increasingly drawn into the street life of his neighborhood, the Villa Kennedy housing project in San Juan. The "Yankee" moniker arose from the Puerto Rican slang for "someone tall, who is big in what he does" (according to a 2005 interview with Billboard magazine).

Daddy Yankee got into reggaeton just as it was taking shape in the early '90s, when San Juan DJs would spin hip-hop alongside dancehall reggae while vocalists freestyled over the beats. This convergence of hip-hop, dancehall, and freestyling proved popular in San Juan, most notably at The Noise, a long-running club night that spawned a collective of DJs and rappers. Besides The Noise, the other key proprietor of proto-reggaeton was Playero, a mixtape DJ/producer with whom Yankee got his start when he debuted as a featured guest on Playero 37 (1992). A few years later, at age 18, he made his full-length album debut, No Mercy (1995), again working with Playero. Little came of No Mercy, however, and he continued to work the reggaeton underground for the remainder of the '90s. Toward the end of the decade, he began performing alongside Nicky Jam as a duo and had one of his songs, "Posición," a collaboration with Alberto Stylee, featured on the 1998 One Tough Cop soundtrack.

Beginning in 2000, Daddy Yankee furthered his career significantly with independently released albums. El Cartel (2000) and El Cartel, Vol. 2 (2001) came first, each laden with featured guests in mixtape fashion; however, El Cangri.com (2002) was the one that really gave his career the boost it needed to break him outside Puerto Rico. Driven by "Latigazo," a single that found airplay in Miami and New York, El Cangri.com climbed all the way to number 43 on Billboard's Top Latin Albums chart despite no major-label backing whatsoever (released instead by VI Music, a Puerto Rican indie). In the wake of this success, Daddy Yankee assembled Los Homerun-es (2003), a Top Ten album comprised of odds and ends, including a newly recorded hit single, "Segurosqui," as well as some old Playero tracks from a decade prior.

Reggaeton was on the cusp of breaking big time at this point; touchstone albums such as Don Omar's The Last Don (2003), Tego Calderón's El Abayarde (2003), and Luny Tunes' Mas Flow (2003) were making significant inroads in Miami and New York, in addition to Puerto Rico, and a wave of lesser albums were also being released. The stage was well set for Daddy Yankee's mainstream breakthrough, Barrio Fino (2004), which was released in July 2004 (by VI Music) and debuted at number one on the Top Latin Albums chart. The first reggaeton album to reach the number one spot, Barrio Fino would dominate the top of the Latin albums chart for roughly a year, lodged there well into 2005. It sold over a million copies in the U.S. alone during its chart reign.

The long shelf-life of Barrio Fino was partly on account of "Gasolina," a party-oriented single whose appeal was so phenomenal that the song itself became synonymous with reggaeton in the minds of many (and perhaps remains so), especially English speakers who were unacquainted with the music style. The appeal of "Gasolina" was such that it's been compared to "Macarena," another Latin party song that broke through cultural boundaries to become an international dance club staple. It took "Gasolina" a while to become a craze, several months after the release of Barrio Fino, in fact, yet by November 2004 it had broken into the Billboard Hot 100 and eventually made it all the way to number 32 a couple months later (a genuine Top 40 hit, albeit a novel one). On the Latin charts, though, "Gasolina" didn't even break the Top Ten, only reaching number 17. Rather, "Lo Que Pasó, Pasó" was the album's big hit on the Latin scene, charting at number two. Barrio Fino spawned a few other singles as well: "Sabor a Melao" (featuring salsa superstar Andy Montañez), "No Me Dejes Solo" (featuring Wisin Yandel), and "Like You" (an English-language song). The success of the album was such that it catapulted Luny Tunes -- an industrious duo who'd produced half the LP, and all the key hits -- to stardom of their own, as they became widely recognized as reggaeton's undisputed go-to hitmakers.

The record's success also drew significant major-label attention to Daddy Yankee. Machete Music, a Universal company specializing in Latin urban, signed a deal with Yankee to re-release Los Homerun-es in March 2005 (and later Barrio Fino in December 2006). Meanwhile, VI Music cashed in with Ahora le Toca al Cangri (2005), a live CD/DVD recorded in Puerto Rico in 2003. In 2005, while the major labels were courting Yankee, the president of Interscope, Jimmy Iovine, whose roster included Eminem, 50 Cent, and Dr. Dre, actually flew down to Puerto Rico to discuss business in person. A joint venture resulted between Interscope and Daddy Yankee's own label, El Cartel Records. The first release under this partnership was Barrio Fino en Directo (2005), a CD/DVD comprising live in-concert and newly recorded material. "Rompe," one of the newly recorded songs, was issued as the lead single and charted even higher than "Gasolina" had, reaching number 24 on the Hot 100. Moreover, it spent 15 weeks atop the Hot Latin Tracks chart.

The Interscope deal was only one of many struck by Daddy Yankee at this point. He began lending his name, image, and music to everything from footwear (Reebok) and soft drinks (Pepsi) to automobiles (Citroën) and radio (ABC). He also founded his own charity, Corazón Guerrero, to help ex-convicts and he teamed with CMN (Cardenas Marketing Network, an event marketing and sponsorship agency) to mount an international tour throughout North, Central, and South America.

All the while, he worked intermittently on his next album, El Cartel: The Big Boss (2007), a big-budget affair bringing together an ensemble cast of marquee-name collaborators, including pop-rap hitmakers will.i.am, Akon, and Scott Storch. The build-up to the record was well-planned and pervasive, with "Impacto" (and its bilingual remix featuring Fergie) issued as the lead single well in advance of the eagerly anticipated June release date. Daddy Yankee then starred in a movie, Talento de Barrio, which broke attendance records in Puerto Rico and helped fuel sales of the film's soundtrack, which Yankee performed with a host of guests. His 2010 effort Mundial featured less hip-hop and pop, and more Latin flavors, plus the hit single "Descontrol." His sixth album, Prestige, followed in 2011, posting several singles high in the charts, including "Ven Conmigo" and "Lovumba."

In 2012, when El Cartel house producers Musicologo & Menes began issuing a series of collaboration albums titled El Imperio Nazza, it was only natural that Daddy Yankee would appear at some point. He finally stepped up a year later with the seventh volume in the series, King Daddy Edition, which also featured Divino, Yandel, Farruko, Arcángel, and J Alvarez. In 2015, he released a pair of Top Ten Hot Latin hits, "Sígueme y Te Sigo" and "Vaivén," followed by 2016's "Shaky Shaky," which reached the mainstream through a social network app and a hypermarket advertisement. However, it wasn't until 2017 that Yankee would finally break into the international mainstream through his collaboration with Luis Fonsi on the Justin Bieber-featuring track "Despacito." The multi-platinum smash single topped the charts in dozens of countries and tied a record for the longest consecutive placement at number one in Billboard's Hot 100 history.

Yankee followed the success of "Despacito" with the single "Dura," which arrived at the start of 2018. In addition to that multi-platinum hit, a slew of singles followed, including 2019's "Con Calma," which recruited Canadian one-hit wonder Snow for an interpolation of his 1992 single "Informer." The track topped both the Hot Latin Songs and Latin Airplay charts. It also picked up a Latin Grammy nomination for Best Urban Fusion/Performance. ~ Jason Birchmeier, Rovi 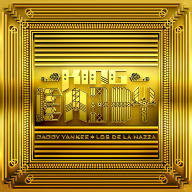 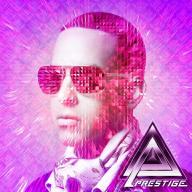 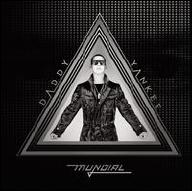 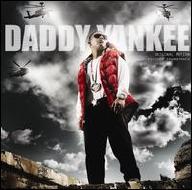 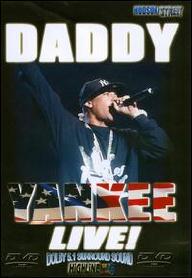 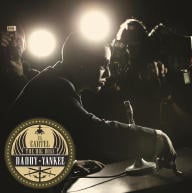 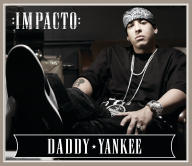 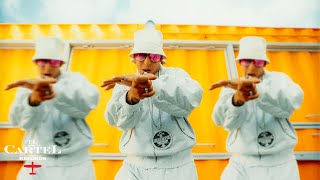 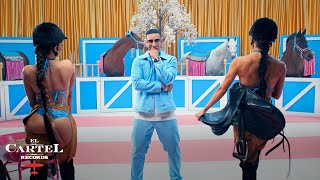 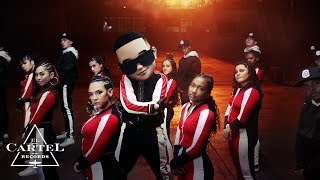 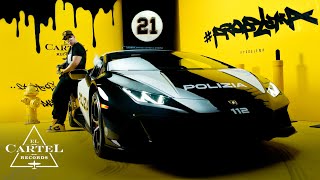 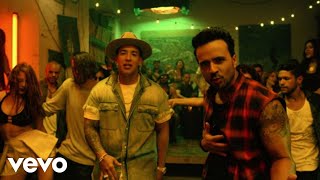 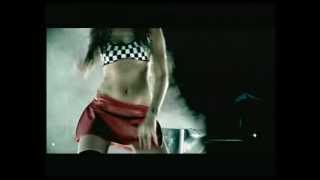