Close
Arthur Kane
January 1, 1949 - July 13, 2004 (age 55)
Biography
Arthur Killer Kane was best known as the bassist with the seminal proto-punk band the New York Dolls, and in a band that was plagued by bad luck throughout their career, Kane was arguably the most luckless Doll of all, though the fates were kind enough to give Kane a bittersweet storybook ending in the last weeks of his life.

Kane was born on February 3, 1949, in the Bronx, New York, and had a difficult childhood -- his mother died young, and his relationship with his father was contentious and sometimes abusive. As a teenager, Kane developed a keen interest in rock roll, and in 1971 he joined a band called Actress with guitarists Johnny Thunders and Rick Rivets and drummer Billy Murcia. In the spring of 1972, Rivets left the band, they gained two new members -- Sylvain Sylvain on guitar and David Johansen on lead vocals -- and the group adopted a new name, the New York Dolls. Pushing the flashy androgyny of glam rock to the limit and playing raw rock roll with more passion than polish and a heavy dose of streetwise attitude, the Dolls weren't like anyone else around at the time, and they earned a wildly passionate following with a series of gigs at a downtown performance space called the Mercer Art Center. By November 1972, word about the band had spread to the United Kingdom, and they were invited to play two gigs opening for the Faces at Wembley Arena in London, but Murcia died in a drug-related incident while in England, and though Jerry Nolan soon stepped in to replace him, Murcia's passing saddled the band with a well-deserved reputation for recreational excess.

The New York Dolls scored a record deal in 1973 and released their self-titled debut album that year, but while they were celebrated by the rock cognoscenti, they never came close to breaking through to mainstream acceptance, and as the band was scheduled to hit the road following the release of their aptly titled second album, 1974's Too Much Too Soon, Kane was involved in a bizarre incident in which his girlfriend attempted to cut off part of his thumb so he couldn't go on the road. While Kane was unable to play and roadie Peter Jordan took his place, the Dolls took him on the road anyway, but group solidarity fell by the wayside after the band was dropped by their record label and the group fell apart following a tour of Florida in the spring of 1975; later that year, a makeshift version of the band toured Japan, but Kane was not invited to participate.

By this time, Kane had developed serious problems with alcohol and drugs, and while he fielded a number of short-lived bands, including the Corpse Grinders (featuring future W.A.S.P. frontman Blackie Lawless), L.O.K., and the Idols (with Jerry Nolan and Rick Rivets), none of his groups managed to achieve more than a mild buzz on the New York Club scene, and in the 1980s Kane relocated to Los Angeles. Sadly, he had no better luck there than in New York, beyond a memorable 1987 gig in which he sat in with Johnny Thunders and Jerry Nolan, and in 1989 he attempted suicide by jumping from the window of his apartment; however, his flat was on the second floor, and he only succeeded in hurting himself.

While in the hospital, Kane saw a television commercial offering a free copy of the Book of Mormon to anyone who requested it; he impulsively asked for a copy, and to his surprise two missionaries from the church delivered it in person. To the surprise of many, Kane embraced the Mormon faith, gave up drugs and alcohol, and eventually took a modest job with the church's genealogy library in Los Angeles. While Kane seemed happier and healthier living the straight life, he never gave up his dream that one day the Dolls would reunite, and he had his late bandmates Johnny Thunders and Jerry Nolan baptized posthumously in the Mormon faith. In 2004, Kane's seemingly impossible dream came true when Morrissey, the iconic Smiths frontman and former president of the New York Dolls' British fan club, asked the band to reunite as part of the annual Meltdown Festival at London's Royal Festival Hall. Kane joined Johansen, Sylvain, and a handful of guest musicians for a rapturously received set of Dolls classics on June 16, 2004, and a camera crew led by Mormon filmmaker Greg Whiteley was on hand to document the show, in which a beaming Johansen described Kane as "the miracle of God's creation."

The Dolls were deluged with offers to play the major music festivals, but after returning from London, Kane fell ill; convinced he had a bad case of the flu aggravated by exhaustion, he checked himself into a hospital on July 13, 2004. Two hours later, doctors diagnosed Kane as suffering from advanced leukemia, and by the end of the day he had died. The reunited Dolls continued to perform, pausing during each show to pay homage to their departed bassist, and Whiteley's fine film about Kane, #New York Doll, was released in 2005. ~ Mark Deming, Rovi 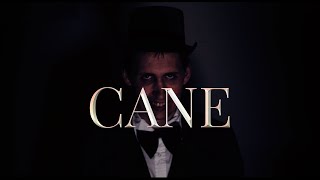 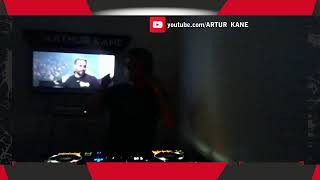 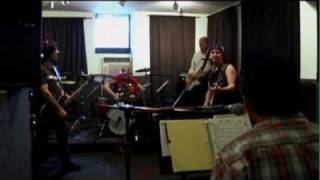 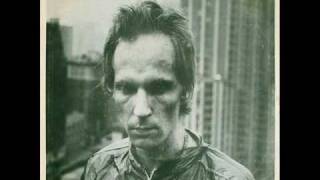 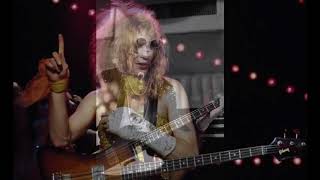 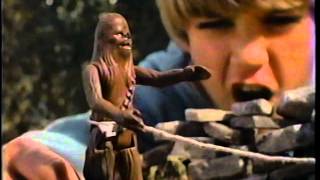 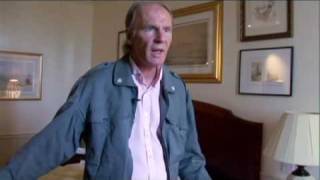