Close
Denny Doherty
from Halifax, Nova Scotia, Canada
November 29, 1940 - January 19, 2007 (age 66)
Biography
Denny Doherty's career as a pop star didn't last especially long -- he first hit the charts in early 1966 and his star was fading fast by mid-1969 -- but as a member of the Mamas the Papas, he helped make some of the finest pop singles of the '60s and presented a cheerful, accessible version of hippie culture to America at a time when the world was still struggling to make sense of the growing counterculture. Doherty was a gifted vocalist who launched a solo career after his tenure in the Mamas the Papas, and also enjoyed a successful career as an actor. Dennis Gerrard Stephen Doherty was born on November 29, 1940 in Halifax, Nova Scotia, Canada. He began his musical career as a teenager, singing with a local rock band called the Hepsters, and when the folk revival stole a bit of rock & roll's thunder in the late '50s, he joined a folk group called the Colonials. After making a name for themselves in Canada, the Colonials would later change their name to the Halifax Three (ironically, this was after they relocated to the United States) and scored a recording contract with Epic Records, releasing two albums for the label in 1963. For a while, Zal Yanovsky toured as an accompanist with the Halifax Three, and more significantly, the group did a tour with another folk act, the Journeymen, which featured guitarist and songwriter John Phillips as well as his wife and singing partner Michelle Phillips. After the Halifax Three broke up, Doherty and Yanovsky teamed up with Cass Elliot and James Hendricks, whose folk combo the Big Three had recently called it a day, and they formed a folk rock band called the Mugwumps, which for a spell also included John Sebastian. The Mugwumps never quite clicked commercially, and when John Phillips contacted Doherty about joining the Journeymen, he agreed to give it a shot. Cass Elliot and Michelle Phillips rounded out the new lineup to a quartet, and after a low-budget stay in the Caribbean, while the group whipped their harmonies into shape with the help of some LSD, they came up with a new name: the Mamas the Papas. (Yanovsky and Sebastian went on to form a band of their own, the Lovin' Spoonful.)

After signing with Dunhill Records (they were recommended to label boss Lou Adler by Barry McGuire, another friend from the folk circuit who had scored a major hit for the label with "Eve of Destruction"), The Mamas the Papas released their debut single, "California Dreaming," in early 1966 and it was an immediate hit. From 1966 to 1968, the Mamas the Papas were one of America's biggest pop acts, boasting great songs, canny production and arrangements, and striking harmony vocals. Doherty and Elliot were the group's strongest singers and a key part of their vocal formula; Doherty also sang lead on many of their best known tunes, and he helped Phillips write several songs, including "I Saw Her Again" and "Got a Feelin'." However, life inside the group was more than a bit chaotic; John and Michelle's marriage was on shaky ground, Denny was involved with Cass before he fell into an affair with Michelle, and John eventually kicked his soon to be ex-wife out of the group, though she was soon invited back. By mid-1969, the Mamas the Papas were done, though they briefly reunited in 1971 to record a contractually obligated final LP, People Like Us.

The same year People Like Us came out, Doherty launched a solo career with his album Whatcha' Gonna Do? His second solo set, 1974's Waiting for a Song, included backing vocals from Michelle Phillips and Cass Elliot; initially released only in Canada, it proved to be one of Elliot's final recordings, as the singer died in late June of that year. Doherty became disillusioned with his musical career after Waiting for a Song failed to find an audience; in 1975, he appeared in a short-lived Broadway musical staged by John Phillips and Andy Warhol, Man on the Moon, and he re-focused his energies on acting. In 1978, he moved back to Canada and hosted a televised music variety show, Denny's Show, as well as landing a regular role on the series Atlantic Summer. In 1982, Doherty returned to music between acting gigs when John Phillips put together a new version of the Mamas the Papas, with John's daughter Mackenzie Phillips and former Spanky Our Gang vocalist Elaine Spanky McFarlane taking the place of Michelle Phillips and Cass Elliot. By 1986, Doherty left the act, and while no recordings were released at the time, a 2010 collection of demos and live tapes, Many Mamas, Many Papas, documents this era of the group. Doherty became a respected character actor in Canada, appearing in a variety of film and television projects, and was instantly recognizable to a generation of Canadian kids as the Harbour Master on the popular children's show Theodore Tugboat. In 1999, Doherty staged a one man show in Canada, Dream a Little Dream: The Nearly True Story of the Mamas and the Papas, in which he shared his life story and his memories of the group's roller coaster career while also singing some of his favorite songs; the production was successful enough to enjoy an off-Broadway run in New York in 2003. Doherty died on January 19, 2007 in his home in Mississauga, Ontario, shortly after filming a guest spot on the cult-favorite comedy series Trailer Park Boys. ~ Mark Deming, Rovi 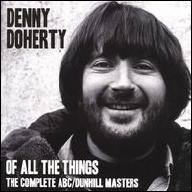 Of All the Things: The Complete ABC/Dunhill Masters
2018 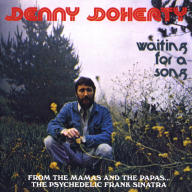 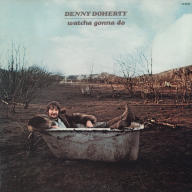 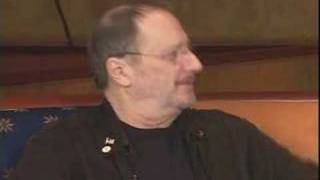 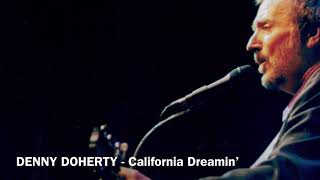 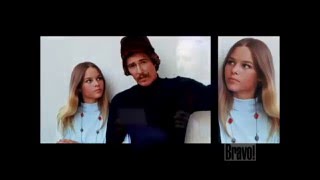 HERE I AM DENNY DOHERTY AND THE MAMAS AND THE PAPAS 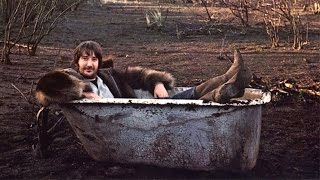 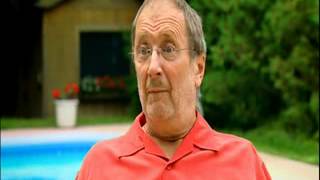 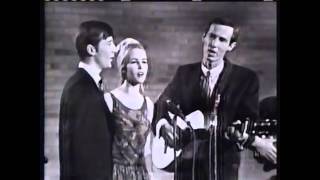 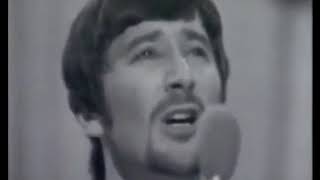 The Mamas and The Papas - California Dreamin' (Hullabaloo 1966)
Available here: