Close
John Foxx
from Chorley, Lancashire, England
September 26, 1948 (age 73)
Biography
British electronic musician and graphic designer John Foxx has been a major influence on countless art pop, new wave, minimal synth, and techno acts since the 1970s. His icy synths and sophisticated song structures, as well as his surrealist lyrics and detached, jolting vocal style, have inspired mainstream and underground artists across the decades, from synth pop superstar Gary Numan to electro-techno duo ADULT. Initially known as the original lead singer of new wave pioneers Ultravox, he left the band in 1979 and released his fully electronic solo debut Metamatic at the beginning of 1980. The groundbreaking album reached the top 20 of the U.K. album chart and contained two top 40 hits, "Underpass" and "No-One Driving." His subsequent albums were more ambitious and incorporated a diverse array of electronic and acoustic instruments, but they were not as successful, and following 1985's In Mysterious Ways, Foxx stepped away from the music business. He returned in 1997 with a long-in-the-making ambient work titled Cathedral Oceans, as well as the synth pop album Shifting City, with collaborator Louis Gordon. He continued recording and performing song-based material with Gordon for more than a decade, while his solo recordings, as well as collaborations with artists like Harold Budd and Robin Guthrie, have largely been ambient and experimental music. In 2009, he formed the band John Foxx and the Maths with fellow synth master Ben Edwards (Benge). The group's albums, from 2011's Interplay to 2020's Howl, contain driving electro-rock songs which continue in the spirit of Foxx's work with Ultravox and his early solo albums.

Dennis Leigh was born in Chorley, Lancashire, England in 1948. He formed his first band, Woolly Fish, as a college student during the late 1960s; their only known release is an instrumental psych/prog 45 from 1970, "The Way You Like It"/"The Sound of Thick." Leigh moved to Manchester and played music on a 12-string guitar, sometimes supporting blues rockers Stack Waddy. He relocated to London in 1973 and attended the Royal College of Art on a scholarship, where he started experimenting with synthesizers and tape recorders. He formed the arty glam rock band Tiger Lily with bassist Chris Allen (then known as Chris St John) and guitarist Stevie Shears. Canadian drummer Warren Cann joined in early 1974, and violinist Billy Currie became a member later in the year. They released a cover of Fats Waller's "Ain't Misbehavin'" as a single in 1975, and played gigs in London pubs.

The band changed names several times before settling on Ultravox! in July of 1976. Additionally, Leigh adopted the John Foxx persona, and the band's music became an ambitious fusion of glam, punk, and even reggae influences, heavily inspired by Roxy Music, David Bowie, and Kraftwerk. The band signed to Island and released their self-titled debut, co-produced by Steve Lillywhite with assistance from Brian Eno, in early 1977. This was soon followed by Ha! Ha! Ha! and 1978's Systems of Romance (co-produced by Conny Plank), the band's first album without the exclamation mark in their name, and with guitarist Robin Simon replacing Shears. While innovative, none of these albums sold particularly well, and Island dropped the band at the end of 1978. After a self-financed tour of the United States in early 1979, Foxx departed the group for a solo career. Midge Ure later became Ultravox's frontman, and they became one of the most successful synth pop bands of the early 1980s, with major hits like "Vienna" and "All Stood Still."

Foxx signed to Virgin Records and released his solo debut, Metamatic, in January of 1980. Primarily recorded by Foxx using synthesizers and rhythm machines, and issued through Foxx's Metal Beat imprint (named after one of the album's songs), the album reached number 18 on the U.K. album chart, and became a pivotal influence on the burgeoning synth pop genre. "Underpass," "No-One Driving," and post-album single "Burning Car" all reached the top 40, and "Miles Away," a transitional single which included acoustic drums, placed just outside the top 50. Foxx's second solo album, The Garden, was released in 1981, and featured a greater presence of electric and acoustic guitars, drums, and other non-electronic instruments. The album also included the song "Systems of Romance," which had been written for the third Ultravox album, but the band didn't have time to record it. Foxx established a recording studio called the Garden in Shoreditch, East London, and artists such as Depeche Mode, B.E.F., Bronski Beat, and Nick Cave the Bad Seeds recorded albums there. Foxx worked with German producer Zeus B. Held on 1983's psychedelic-tinged The Golden Section; like The Garden, the album reached the top 30 in the U.K. 1985's In Mysterious Ways, a more polished pop effort, didn't fare as well, however, and Foxx temporarily dropped out of the music business, returning to graphic design under his given name and eventually selling the Garden to Matt Johnson of The The.

As acid house and techno exploded, Foxx started making dance music as part of the project Nation 12. "Remember," a collaboration with Tim Simenon of Bomb the Bass, appeared in 1990, and "Electrofear," recorded with Kurt Rogers, Shem McCauley, and Simon Rogers, followed in 1991. The group contributed music to the computer games Speedball 2 and Gods, but never finished a full album, and soon disbanded; an archival collection titled Electrofear later surfaced in 2005. Aside from Nation 12, Foxx directed the video for LFO's bleep-techno classic "LFO," and he taught a Graphic Arts & Design course at Leeds Metropolitan University.

Foxx made a full-scale return to the music world in 1997. He launched his own Metamatic Records label with Cathedral Oceans, an album of ambient textures and chanted vocals which he began working on in 1983, and Shifting City, a collaboration with Louis Gordon which marked a revisit to his early synth pop sound. Gordon convinced Foxx to tour for the first time since 1983, and the duo released the limited "live in studio" EP Exotour 1997, followed by the 1998 full-length Subterranean Omnidelic Exotour, as concert-only exclusives. Their second album, The Pleasures of Electricity, appeared in 2001, and the duo toured in support of their third effort, Crash and Burn, in 2003. During the same year, Foxx collaborated with revered ambient composer Harold Budd on a double CD, Translucence + Drift Music. He also released Cathedral Oceans II along with a reissue of the first part, and the third appeared in 2005. Foxx was also featured on the track "Dislocated" by Finnish techno producer Jori Hulkkonen, and he collaborated with IDM artist Metamatics (obviously named in tribute to Foxx's first album) on the EP Free Robot.

In 2006, Foxx released Tiny Colour Movies, an album of instrumental pieces inspired by a viewing of several short films from his friend's private collection, as well as the interview collection The Hidden Man. Along with Gordon, he released the studio album From Trash, an album of additional recordings from the same sessions titled Sideways, and Live from a Room (As Big as a City), recorded during their 2003 tour. Metal Beat, a double CD of interviews and demos, and live disc Retro Future (with Gordon) appeared in 2007. Metamatic was reissued as a double CD that year, and Foxx revisited the seminal album during a U.K. tour, subsequently issuing live album A New Kind of Man in 2008. Foxx and Gordon also released studio album Impossible and live recording Neuro Video the same year. A second single with Hulkkonen, "Never Been Here Before," was also issued.

2009 was an especially busy year for Foxx. Following the solo album My Lost City, he released ambient collaborations with Steve D'Agostino and Steve Jansen (A Secret Life) and Cocteau Twins guitarist Robin Guthrie (Mirrorball). He also issued an album containing readings from his long-in-the-works novel The Quiet Man, and a double CD of live recordings from 1983 titled In The Glow. He also started recording with Expanding Records founder and experimental electronic artist Ben Edwards (Benge), and the duo officially founded John Foxx and the Maths, releasing the single "Destination" at the end of the year. DNA, a CD/DVD set containing collaborations with some of Foxx's favorite filmmakers, appeared in 2010.

John Foxx and the Maths' debut album Interplay, featuring a guest appearance from Mira Aroyo of Ladytron, was released in March of 2011. Torn Sunset, Foxx's ambient collaboration with flutist Theo Travis (Gong, Soft Machine), appeared the following June. Foxx's earlier collaboration with Budd was reissued with an additional album featuring Ruben Garcia, Nighthawks (later released separately). The Maths, now including musicians Serafina Steer and Hannah Peel, toured in October and released their second album, The Shape of Things. This was quickly followed by 2012's Evidence, which included collaborations with Matthew Dear, Xeno Oaklander, Gazelle Twin, and the Soft Moon. The band also released the CD/DVD Analogue Circuit: Live at the Roundhouse. Rhapsody, recorded live at Benge's MemeTune Studios, appeared in 2013, as the band toured with Orchestral Manoeuvres in the Dark. Empty Avenues, an EP with the Belbury Circle, was released by Ghost Box the same year, and Sugarcane Recordings issued the EP European Splendour (with Hulkkonen), including a remix by David Lynch. Foxx released the JG Ballard-inspired B-Movie (Ballardian Video Neuronica) in 2014, as well as another collaboration with D'Agostino, Evidence of Time Travel. In 2015, Foxx released the ambient album London Overgrown, and collaborated with Benge and violinist Diana Yukawa as Ghost Harmonic, releasing an album titled Codex. Foxx issued several career-spanning collections -- following the 2014 box set The Virgin Years 1980-1985, he released the single-disc 20th Century: The Noise in 2015, and the 2016 CD/DVD 21st Century: A Man, A Woman and a City, a compilation of his collaborative work, including a track with Gary Numan and remixes by OMD and ADULT.

John Foxx and the Maths composed the soundtrack to the York Theatre Royal's production of E.M. Forster's short story The Machine Stops. A digital-only EP drawn from a live performance based on the material, The Bunker Tapes, appeared in 2016, and full album The Machine was released in 2017. Foxx contributed to two songs on the Belbury Circle's 2017 album Outward Journeys. In 2019, the Maths returned to the studio, this time with former Ultravox guitarist Robin Simon, and the full-length Howl arrived in 2020. ~ Paul Simpson & Andy Kellman, Rovi 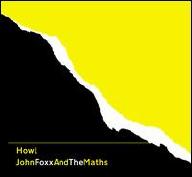 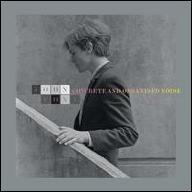 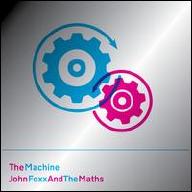 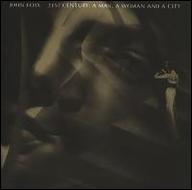 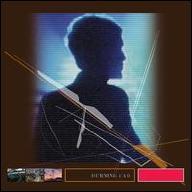 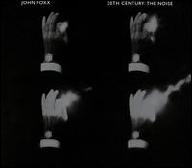 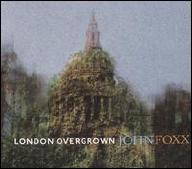 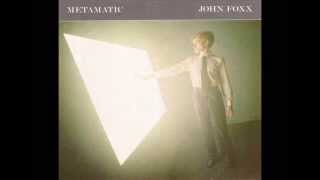 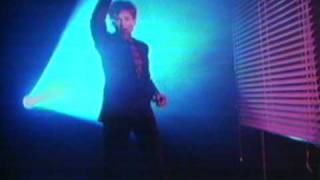 John Foxx - No One Driving 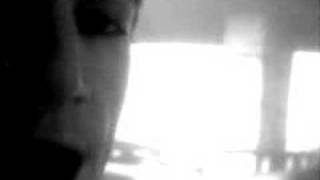 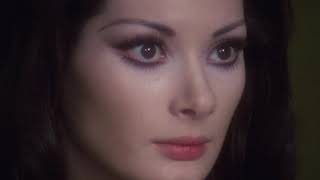 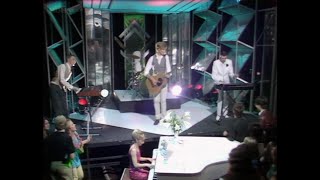 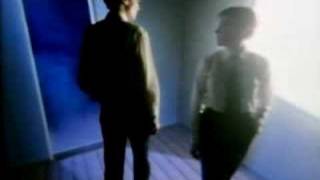 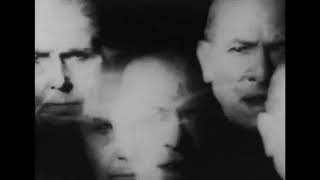