Close
Dmitry Shostakovich
from St. Petersburg, Russia
September 25, 1906 - August 9, 1975 (age 68)
Biography
Dmitry Shostakovich was a Russian composer whose symphonies and quartets, numbering 15 each, are among the greatest examples from the 20th century of these classic forms. His style evolved from the brash humor and experimental character of his first period, exemplified by the operas The Nose and Lady Macbeth of Mtsensk, into both the more introverted melancholy and nationalistic fervor of his second phase (the Symphonies No. 5 and No. 7, "Leningrad"), and finally into the defiant and bleak mood of his last period (exemplified by the Symphony No. 14 and Quartet No. 15). Early in his career his music showed the influence of Prokofiev and Stravinsky, especially in his prodigious and highly successful First Symphony. He could effectively communicate a melancholic depth and profound sense of anguish, as one hears in many of his symphonies, concertos, and quartets. Solomon Volkov, in his controversial Testimony: The Memoirs of Dmitri Shostakovich explains the composer's seeming bombast as deft satire of the pomposity of the Soviet state, pointing to the "forced rejoicing" of Fifth Symphony's ending. Typical traits of Shostakovich's style include short, reiterated melodic or rhythmic figures, motifs of one or two pitches or intervals, and lugubrious and manic string writing.

Shostakovich was born in St. Petersburg in 1906 and educated at the Petrograd Conservatory. The acid style of his early Lady Macbeth of Mtsensk irritated Stalin, and Shostakovich was attacked in the Soviet press. Fearing imprisonment, he withdrew his already rehearsed Fourth Symphony; his Fifth Symphony (1937) carried the subtitle "A Soviet Artist's Reply to Just Criticism." It is more ingenious than most critics have fathomed, for it managed to satisfy both the backward tastes of the party censors and those of more demanding aesthetes in the West.

The 1941 German invasion of Russia inspired the composer's Seventh Symphony, subtitled "Leningrad." Impressed by the symphony's epic-heroic character, Toscanini, Koussevitzky, and Stokowski vied for the Western Hemisphere premiere; the score had to be microfilmed, flown to Teheran, driven to Cairo, and flown out. The work became an enormous success the world over, but eventually fell into obscurity. Still, the composer had for a time become a worldwide celebrity, his picture even appearing on the cover of Time.

Shostakovich ran afoul of the government again in 1948, when an infamous decree was issued by the Central Committee of the Communist Party accusing Shostakovich, Prokofiev, and other prominent composers of "formalist perversions." For some time he wrote mostly works glorifying Soviet life or history. Artistic repression diminished in post-Stalinist Russia, but curiously Shostakovich still drew in his modernist horns until the Thirteenth Symphony, "Babi Yar," a 1962 work based on poems by Yevgeny Yevtushenko. The work provoked major controversy because of its first movement's subject: Russian oppression of the Jews.

In 1966 Shostakovich wrote his Second Cello Concerto, a work on an even higher level than his solid First, but one that did not capture as much attention from either artists or the public. That year, Shostakovich was diagnosed with a serious heart condition. He continued to compose, his works growing more sparsely scored and darker, the subject of death becoming prominent. His Fourteenth Symphony (1969), really a collection of songs on texts by Lorca, Apollinaire, Küchelbecker, and Rilke, is a death-obsessed work of considerable dissonance and showing little regard for the Socialist Realism still demanded by the state. Shostakovich died on August 9, 1975. ~ Rovi Staff, Rovi 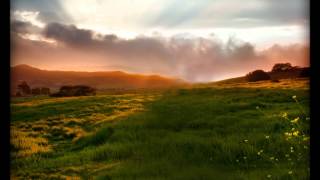 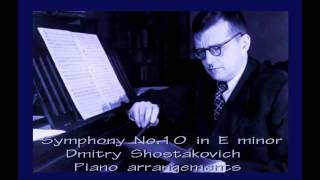 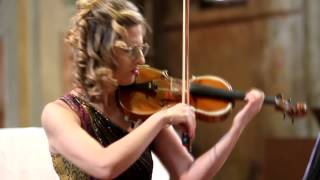 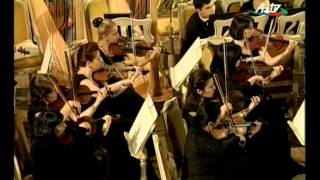 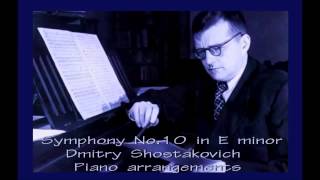 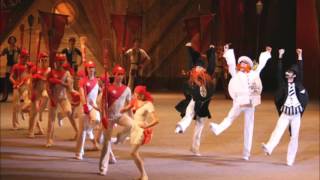