Close
Hank Mobley
from Eastman, GA
July 7, 1930 - May 30, 1986 (age 55)
Biography
One of the Blue Note label's definitive hard bop artists, tenor saxophonist Hank Mobley remains somewhat underappreciated for his straightforward, swinging style. Any characterization of Mobley invariably begins with critic Leonard Feather's assertion that he was the "middleweight champion of the tenor saxophone," meaning that his tone wasn't as aggressive and thick as John Coltrane or Sonny Rollins, but neither was it as soft and cool as Stan Getz or Lester Young. Instead, Mobley's in-between, "round" (as he described it) sound was controlled and even, given over to subtlety rather than intense displays of emotion. Even if he lacked the galvanizing, mercurial qualities of the era's great tenor innovators, Mobley remained consistently solid throughout most of his recording career. His solo lines were full of intricate rhythmic patterns that were delivered with spot-on precision, and he was no slouch harmonically either. As a charter member of Horace Silver's Jazz Messengers, Mobley helped inaugurate the hard bop movement: jazz that balanced sophistication and soulfulness, complexity and earthy swing, and whose loose structure allowed for extended improvisations. As a solo artist, he began recording for Blue Note in the latter half of the '50s, and hit his peak in the first half of the '60s with hard bop cornerstones like Soul Station, No Room for Squares, and A Caddy for Daddy.

Henry Hank Mobley was born on July 7, 1930, in Eastman, GA, and grew up mostly in Elizabeth, NJ. Several family members played piano and/or church organ, and Mobley himself learned piano as a child. He switched to the saxophone at age 16, initially modeling his style on players like Lester Young, Charlie Parker, Dexter Gordon, Don Byas, and Sonny Stitt. He soon started playing professionally in the area, and built enough of a reputation that trumpeter Clifford Brown recommended him for a job without having heard him play. That job was with Paul Gayten's Newark-based RB band, which he joined in 1949, doubling as a composer. He departed in 1951 and joined the house band at a Newark nightclub, where he played with pianist Walter Davis, Jr. and backed some of the era's top jazz stars. That led to a job with Max Roach, who hired both Mobley and Davis after performing with them; they all recorded together in early 1953, at one of the earliest sessions to feature Roach as a leader. Meanwhile, Mobley continued to gig around his home area, playing with the likes of Milt Jackson, Tadd Dameron, and J.J. Johnson, among others; he also served two weeks in Duke Ellington's orchestra in 1953.

Mobley spent much of 1954 performing and recording with Dizzy Gillespie. He left in September to join pianist Horace Silver's group, which evolved into a quintet co-led by Art Blakey and dubbed the Jazz Messengers. Their groundbreaking first album for Blue Note, 1955's Horace Silver and the Jazz Messengers, was a landmark in the genesis of hard bop, with its sophisticated solos and bright, almost funky rhythms. Mobley led his first session for Blue Note, The Hank Mobley Quartet, in 1955, and recorded for Savoy and Prestige during 1956. In the middle of that year, the original lineup of the Jazz Messengers split, with Blakey keeping the name and Silver forming a new group. Mobley stayed with Silver until 1957, by which time he had begun to record prolifically as a leader for Blue Note, completing eight albums' worth of material over the next 16 months. Some of his best work, such as Hank Mobley and His All Stars and The Hank Mobley Quintet, was cut with a selection of old Messengers mates. Not all of his sessions were released at the time, but some began to appear as import reissues in the '80s. Often composing his own material, Mobley was beginning to truly hit his stride with 1958's Peckin' Time, when a worsening drug problem resulted in an arrest that took him off the scene for a year.

Upon returning to music in 1959, Mobley oriented himself by rejoining Art Blakey in the Jazz Messengers for a short period. His comeback session as a leader was 1960's classic Soul Station, near-universally acknowledged as his greatest recorded moment. Mobley cut two more high-quality hard bop albums, Roll Call and Workout, over 1960-1961, as well as some other sessions that went unreleased at the time. In 1961, Mobley caught what looked to be a major break when he was hired to replace John Coltrane in Miles Davis' quintet. Unfortunately, the association was a stormy one; Mobley came under heavy criticism from the bandleader, and wound up leaving in 1962. He returned to solo recording with 1963's No Room for Squares, often tabbed as one of his best efforts, before drug and legal problems again put him out of commission during 1964. Energized and focused upon his return, Mobley recorded extensively during 1965, showcasing a slightly harder-edged tone and an acumen for tricky, modal-flavored originals that challenged his sidemen. At the same time, Dippin' found a funkier soul-jazz sound starting to creep into his work, an approach that reached its apex on the infectious A Caddy for Daddy later that year.

Mobley recorded steadily for Blue Note through the '60s, offering slight variations on his approach, and continued to appear as a sideman on a generous number of the label's other releases (especially frequent collaborator Lee Morgan). 1966's A Slice of the Top found Mobley fronting a slightly larger band arranged by Duke Pearson, though it went unissued until 1979. After cutting the straightforward Third Season in 1967, Mobley embarked on a brief tour of Europe, where he performed with Slide Hampton. He returned to the U.S. to record the straight-ahead Far Away Lands and Hi Voltage that year, and tried his hand at commercially oriented jazz-funk on 1968's Reach Out. Afterward, he took Hampton's advice and returned to Europe, where he would remain for the next two years. 1969's The Flip was recorded in Paris, and Mobley returned to the States to lead his final session for Blue Note, Thinking of Home, in 1970 (it wasn't released until ten years later). He subsequently co-led a group with pianist Cedar Walton, which recorded the excellent Breakthrough in 1972.

Sadly, that would prove to be Mobley's last major effort. Health problems forced him to retire in 1975, when he settled in Philadelphia. He was barely able to even play his horn for fear of rupturing a lung; by the dawn of the '80s, he was essentially an invalid. In 1986, he mustered up the energy to work on a limited basis with Duke Jordan; however, he died of pneumonia not long after, on May 30, 1986. During Mobley's heyday, most critics tended to compare him unfavorably to Sonny Rollins, or dismiss him for not being the innovator that Coltrane was. However, in the years that followed Mobley's death, Blue Note hard bop enjoyed a positive reappraisal; with it came a new appreciation for Mobley's highly developed talents as a composer and soloist, instead of a focus on his shortcomings. ~ Steve Huey, Rovi 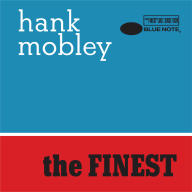 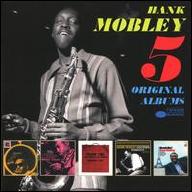 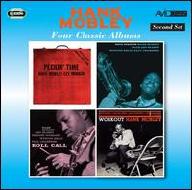 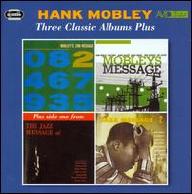 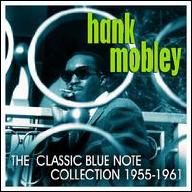 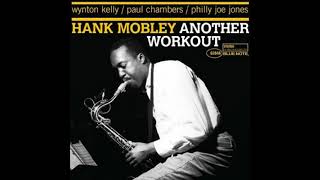 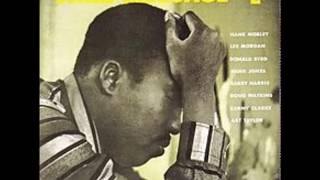 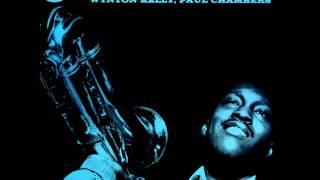 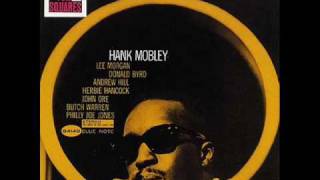 Hank Mobley - No Room For Squares 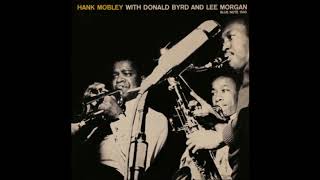 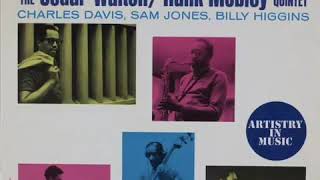 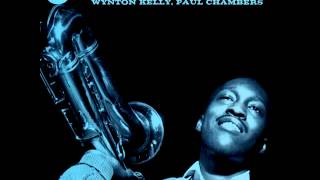