Close
The Stranglers
from Guildford, Surrey, England
formed January 1, 1974 (age 48)
Biography
Although they rose to fame during the initial explosion of U.K. punk, the Stranglers always stood apart from the other bands from the class of 1977. They had been together before punk became the "next big thing", and while they had a great talent for being suitably rude and transgressive, their music didn't sound or feel much like the fast-loud guitar-based fury of the Damned, the Sex Pistols, or the Clash. Instead, it initially suggested a grimy version of '60s garage punk with a sinister psychedelic undertow added by Dave Greenfield's keyboards. The group didn't often concern themselves with politics or social commentary, either, preferring to weave tales of sexual decadence, strange relationships, and bad behavior. With the passage of time, they developed a more pop-oriented sound, still dark but with potent melodies that allowed numbers like "Duchess," "Only the Sun," and "Golden Brown" to become hit singles. This gave the Stranglers the time and opportunity to mature, and their songs became more nuanced and their production got cleaner and more user-friendly without entirely abandoning the sonic sneer that was always their trademark. Their first two albums, Rattus Norvegicus and No More Heroes (both released in 1977) typified the approach that won them fame, 1981's La Folie and 1984's Aural Sculpture are highlights from their more mature period, and 2004's Norfolk Coast showed the Stranglers were still a potent force even after lineup changes and 30 years in the game.

The group first came together in 1974 in Guildford, Surrey, England under the name the Guildford Stranglers. Brian Duffy, who was born in 1938, had been playing drums in bands since the late '50s, and having made good money running a fleet of ice cream trucks and an off-license (the British equivalent of a liquor store), he wanted to put together a band and devote more time to music. Duffy recruited three musicians to join him in his new project. Hugh Cornwell (born in 1949) was a guitarist and vocalist who had played in blues bands, and as a schoolboy played in a band with a young Richard Thompson called Emil and the Detectives. Jean-Jacques Burnel (born 1952) had a background in classical guitar before he took up the bass. And Hans Wärmling played guitar and keyboards and had previously worked in a group with Cornwell called Johnny Sox. Duffy adopted the stage name Jet Black, and soon the group was regularly playing pubs as well as occasional weddings and private gigs. En route to a 1975 booking where they were asked to play a set of covers for a Bar Mitzvah celebration, Wärmling quit, and Dave Greenfield (born 1949), who had been playing in bands since the late '60s, came aboard as their keyboard player, and the definitive lineup of the Stranglers was complete.

Streamlining their name to the Stranglers, they earned a reputation on the club scene, and their sinister name and sound helped them find gigs in the burgeoning punk rock community, including opening shows for visiting Americans Patti Smith and the Ramones. United Artists signed the band (with AM Records picking up American rights to their recordings), and their debut album, 1977's Rattus Norvegicus, arrived in shops in April 1977. The LP rose to the British Top Ten and spawned two hit singles, "Peaches" and "(Get A) Grip (On Yourself)." Wasting no time, their second full-length release, No More Heroes, was issued in September 1977, and peaked at number two on the U.K. album charts and two more successful singles were drawn from the disc, "Something Better Change" and the title track. Little more than a year after their debut album came out, the Stranglers delivered album number three, Black and White, in May 1978. While it also topped out at number two in England and included the singles "Nice 'n' Sleazy" and "Walk On By" (the latter a cover of the Burt Bacharach/Hal David classic), critics were less enthusiastic about the album, and by this time the Stranglers had become infamous for their offstage behavior, with reports of frequent punch-ups, arrests for on-stage nudity when they used strippers as part of a show, and punishing an uncooperative French journalist by taping him to the Eiffel Tower.

The Stranglers dialed back their busy schedule a bit, and waited until September 1979 to bring out their fourth LP, The Raven, which initially appeared with a limited-edition 3-D cover. The album was another commercial success in the U.K., charting at number two, but wasn't released in the United States after AM severed ties with the band. Instead, in 1980, I.R.S. brought out a compilation, IV, which mixed tracks from The Raven with single sides and unreleased tracks. United Artists was shuttered in 1980, and the Stranglers moved to the EMI-distributed Liberty label for February 1981's The Gospel According to the Meninblack, a sci-fi-influenced concept album that introduced their greater use of electronics. (The independent Stiff imprint brought it out in the United States.) The recording coincided with a period in which the group began using heroin in hopes of boosting their creativity; Cornwell said that Black and Greenfield stopped after just a few days, though he and Burnel stayed on the drug for roughly a year, and Cornwell was briefly jailed on drug charges. The Gospel According to the Meninblack was a commercial disappointment, and for their next project, Liberty paired the band with veteran producer Tony Visconti, who urged them to think of each track as a single. La Folie, issued in November 1981, revived their commercial fortunes when the track "Golden Brown" was pulled as a single and became the Stranglers' biggest hit, as well as EMI's best-selling single of the year.

The Stranglers struck a new record deal with Epic, and their first LP for the label, Feline, was released in January 1983. The disc, which found Greenfield making greater use of synthesizers, reached number four on the U.K. album charts, and the single "European Female" went Top Ten. Their second release for Epic, November 1984's Aural Sculpture, didn't sell quite as well, but fared better with critics, and the cassette edition included a video game program that could be played on the ZX Spectrum, an early low-priced personal computer. October 1986's Dreamtime spawned another major hit, "Always the Sun," and June 1990's 10, produced by Roy Thomas Baker, featured a cover of the garage rock classic "96 Tears," and "Sweet Smell of Success" was a rare American success for the group, reaching the Top Five of the Modern Rock Singles chart. However, Hugh Cornwell had been increasingly dissatisfied with the Stranglers, and following the touring cycle behind 10, he left the group.

The announcement that the Stranglers had lost their guitarist and primary lead singer led to Epic dropping the band, but the group remained active, with guitarist John Ellis (a former member of the Vibrators who had filled in for some live dates when Cornwell was incarcerated) and vocalist Paul Roberts coming aboard. The new lineup of the Stranglers released their first album, Stranglers in the Night, in 1992 on their own newly founded Psycho Records label, distributed in England by China Records. Alan Winstanley, who produced the first four Stranglers albums, returned for 1995's About Time, issued by the Castle-distributed When (UK) label, while Gang of Four founder Andy Gill was at the controls for 1997's Written in Red. 1998's Coup de Grace, brought out by Eagle Records, was the last LP from the second edition of the Stranglers; John Ellis left the group, and guitarist Baz Warne had taken his place by the time they recorded 2004's Norfolk Coast. 2006's Suite XVI found the Stranglers recording for a major label again, their former sponsors Liberty Records, and stripped the membership to a quartet; singer Paul Roberts was out, and Burnel and Warne traded off on lead vocals. Absolute Records teamed up with the Stranglers to release 2012's Giants. In 2015, Jet Black, then 77 years old, retired from touring with the group, though he continued to remain an official member, and Jim Macaulay replaced him behind the drums for live appearances. On May 3, 2020, keyboard player Dave Greenfield died from complications of the Covid-19 virus while in the hospital for heart disease; he was 71. Sessions for their next album, 2021's Dark Matters, had begun prior to Greenfield's passing and so it posthumously featured his playing, but also included Burnel's "And If You Should See Dave," a heartfelt tribute to him. ~ Mark Deming, Rovi 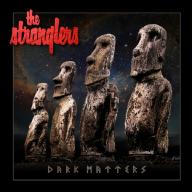 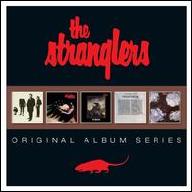 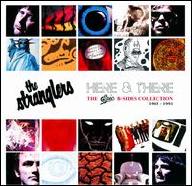 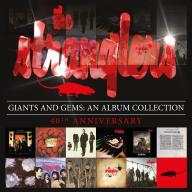 Giants And Gems: An Album Collection
2014 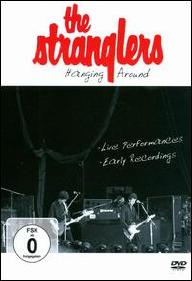 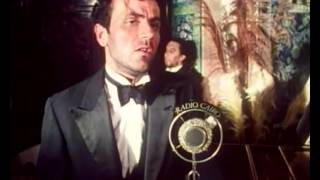 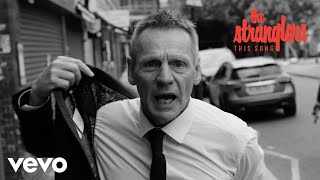 The Stranglers - This Song (Official Video) 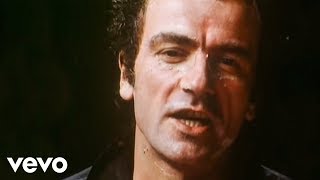 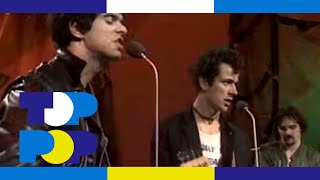 The Stranglers - No More Heroes • TopPop 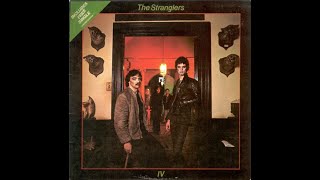 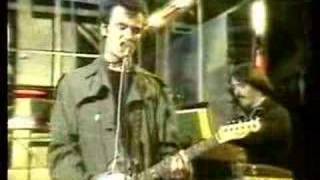 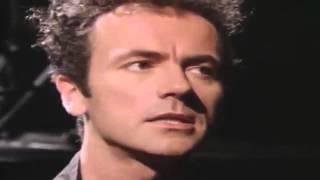