Close
Bobby Graham
Biography
Bobby Graham may not be as well-known as Ringo Starr, or as familiar a name among session men as, say, Jimmy Page or Big Jim Sullivan -- but between 1960 and 1965, he was one of the busiest session drummers in England, was on a lot of records with Page and Sullivan, and could have had the spot that Ringo eventually filled in the Beatles. Graham was born in Edmonton, North London, in 1940, and well before he was in his teens he had manifested a fascination with rhythm and beat. Unlike most boys, he never got interested in sports; instead, he begun hanging out at music stores that catered to drummers, and started taking lessons with Ronnie Verrell, a veteran drummer with Ted Heath's band. His formal education ended at 15 -- he loved jazz, but skiffle was what was happening in England in 1955 and 1956, and he played with various amateur and semi-professional bands, getting back to jazz when he had the chance.

He was ultimately unable to resist the chance to join a rock roll band in 1960, when an invitation came from a former school friend to become a member of Billy Grey the Stormers for a summer of work at the renowned holiday camp, Butlins. The Stormers ultimately became the Outlaws, the backing band for vocalist Mike Berry, a new discovery of producer Joe Meek -- they played on most of Berry's early records, including the classic Tribute to Buddy Holly. Graham quickly tired of Meek's disorganized, hurry-up-and-wait approach to recording, however, and came to resent the producer's tendency to sign every composition with his name, whether he'd written it or not. He moved on to another top British backing band, the Bruvvers, who supported Cockney rock roll singer/guitarist Joe Brown. At the time, Brown was one of the more popular rock rollers in England, and was perhaps the only home-grown talent who had mastered the rockabilly sound, and the Bruvvers were a highly respected band within the rock roll community -- among the records he played on was Brown's most enduring hit, A Picture of You.

According to an article by Kieron Tyler, in June of 1962 following a performance in Liverpool, Graham was asked by Brian Epstein if he might consider taking over Pete Best's spot in the Beatles -- at the time, so he told Tyler, it didn't seem to make sense, giving up a steady, well-paying spot in the Bruvvers to join a band that was totally unknown outside of Liverpool. He quit the Bruvvers early the following year and joined one of the later incarnations of Marty Wilde's backing band, the Wild Cats -- although Wilde's hitmaking days were behind him, he was still recording and performing regularly, and Graham was a mainstay of his backing group for much of 1963. He had already begun following a very different path in music. Graham had played his first gig as a session drummer in 1962, with guitar virtuoso Davy Graham for the album The Guitar Player. Soon after leaving the Wild Cats, he was recruited into the John Barry Seven and also began working as a session drummer at Ember Records, where Barry was the resident music director.

It was also at Ember that Graham managed his first recording sessions, learning the essentials of being a producer. By the time the smoke cleared in 1963, he'd decided to give up playing as a bandmember in favor of session work, which was coming his way with such frequency that he needn't be on the road ever again. Over the next couple of years, he played hundreds of sessions, with everything from full orchestras to dance bands to the hottest rock roll acts of the time. Graham played alongside the likes ofBig Jim Sullivan, Jimmy Page, Arthur Greenslade, Vic Flick, and John Paul Jones -- his playing appeared on records by the Kinks (You Really Got Me, Long Tall Sally, All Day and All of the Night), Petula Clark, Dave Berry (The Crying Game), the Nashville Teens (Tobacco Road), Tom Jones, Brenda Lee (Is It True), Françoise Hardy, Eddy Mitchell, and Dusty Springfield (I Only Want to Be with You). His most visible job, in terms of exposure, was also one of his most well-hidden of his career -- as was suspected for years, and revealed formally in 2004, Graham played the drums on most (if not all) of the hits of the Dave Clark Five, in place of Clark himself. He was also periodically allowed to record his own singles, but none of these were remotely as successful as the best of the sides on which he played for others.

Drumming was his main function, but in 1964, opportunity beckoned when Graham chanced to be at Fontana Records on a day when a scheduled session for what was supposed to be the debut album by the Pretty Things broke down in acrimony, with their original producer, Jack Baverstock, leaving the session in disgust over the group's sound and (in one member's case, at least) state of inebriation. Graham stepped in and showed that he had the necessary experience with rock roll musicians to tolerate and work around the band's rather raw, disorganized approach to recording. In the end, their work together yielded a classic debut album that did very well for the label and the group. That success seemed to herald a major shift in Graham's career -- his salvaging of the Pretty Things' session, coupled with his prior experience, led to Graham's being hired by the French Barclay label to run their English operation. Although that project didn't yield any successful signings, Graham was able to move on to a producer's berth at EMI's Dutch label.

Graham eventually left music after a successful decade in the producer's spot. A veteran drinker with a lessening sense of control as the years wore on, the problem ultimately got the best of him. He recovered from his alcoholism and went into a new field, shooting and producing professional videos for corporations and private clients. Music was long behind him as a profession until 1998, when an invitation from Ray Davies put him back behind the drum kit -- Graham played on a new recording of You Really Got Me and Storyteller, on the Davies album of that title. During this same period, audiophile-quality CD reissues of sides he'd recorded with Petula Clark, the Kinks, the Pretty Things, Joe Brown, John Leyton, Mike Berry, and Brenda Lee, among others, began appearing. In 2000, Rollercoaster Records released Crazy Drums/Crazy Drummer, a compilation of Bobby Graham solo sides along with tracks by the Outlaws and others featuring his playing in a prominent way. ~ Bruce Eder, Rovi 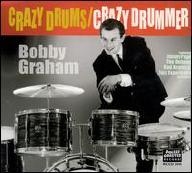 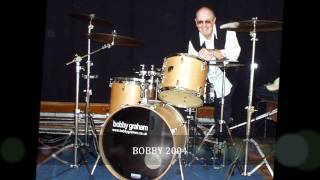 ray davies talks about bobby graham and the kinks 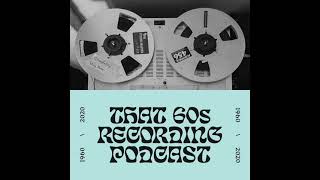 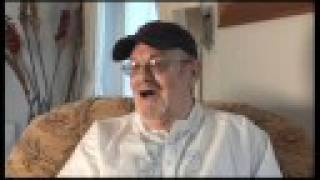 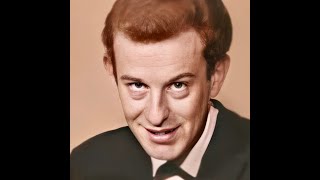 Tom Jones its not unusual with Bobby Graham on drums 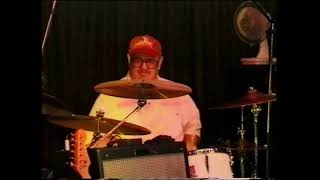 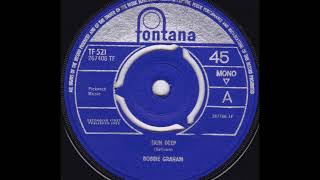 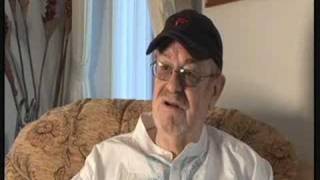