Close
Mick Green
from Matlock, Derbyshire, England
February 22, 1944 - January 11, 2010 (age 65)
Biography
Mick Green is one of the most self-effacing guitar legends in rock roll. Since the early '60s, as a member of Johnny Kidd the Pirates, his guitar style -- mixing lead and rhythm parts in one -- has been an inspiration to three generations of musicians, including the Who's Pete Townshend and Dr. Feelgood's Wilko Johnson. Yet he remains amazingly elusive as a subject, preferring to stay in the background except when he's playing.

Green's first steady gig was as a member of the Red Caps, a group (named in honor of Gene Vincent's band the Blue Caps) that backed late-'50s pop-rocker Cuddly Dudley. The Red Caps' membership also included guitarist Johnny Patto, bassist Johnny Spence, and drummer Frank Farley, all of whom had joined Johnny Kidd in 1961 as the new lineup of his backing band the Pirates. By March of 1962, however, Patto had tired of touring and quit, and he was replaced by Green.

It was a song called I'll Never Get Over You, which rose to number four, that established Green, his searing lead guitar being one of the most aggressive sounds heard on record in England during this period. Though it would take a few years for anyone to find it out, the song became practically an anthem for a generation of garage rock and punk enthusiasts.

As a member of the Pirates, Mick Green became one of a tiny handful of young guitar heroes of the pre-Beatles era in English rock roll. Generating a loud, slashing sound from his Fender Telecaster Deluxe that combined the lead and rhythm guitar parts in one, Green's playing ran completely counter to the more open two-guitar sound that dominated English rock roll. Among those who picked up on the lean, muscular sound Green created was Tony Hicks, future member of the Hollies. Ironically, even though session guitarist Joe Moretti (subbing for Alan Caddy) and not Green, had played on the original Shakin' All Over, Green, as the most visible guitarist in the Pirates' history, became permanently associated with that song, and vice versa.

Although he wasn't widely recognized in the press at the time, or by the world outside of the music community, Green was as influential a musician during this period as any of England's early rock guitar heroes, including Hank Marvin of the Shadows, Joe Brown, and Big Jim Sullivan. Moreover, he exerted as much or more impact on rock roll in England from 1962 onward as George Harrison, Eric Clapton, Jeff Beck, or Jimmy Page would later be credited with.

Johnny Kidd the Pirates were popular among other musicians and made a living playing clubs and smaller concert venues, but they were unable to sustain their recording success past the early '60s. From 1963 onward, with money being thrust in ever-larger amounts into the hands of the Beatles and other Liverpool acts, the Pirates began falling behind the wave of new acts, unable to rate better than support act status at major venues (though the early Who also played in support of them). This was an instance of the parts being bigger than the whole and by 1964, Green's reputation had outstripped that of the Pirates. He was lured away from the band by an offer to join the Dakotas, who were then placing records very high on the charts and playing around the world as the backing band for Billy J. Kramer, but needed more muscle in their live sound.

Green shored up that band, which, with his arrival, became one of the few groups of the period to boast a double lead guitar lineup. He made them one of the most respected backing groups in England, although the only hit Green ever played on was the distinctly pop-oriented Trains and Boats and Planes. He was later joined in the Dakotas by ex-Pirate/Red Cap Frank Farley on drums, and the two worked together up through 1967, when the Dakotas broke up. (Kidd re-formed the Pirates and was attempting a comeback that ended with his death in a car crash in 1966, though the newer Pirates kept playing together until 1967).

Green hooked up for a short time with Cliff Bennett before he and Farley became part of Engelbert Humperdinck's backing band, spending seven years in that well-remunerated but musically low-visibility position, playing Las Vegas and related venues. Green later played in the group Shanghai, which included John Speedy Keen in the lineup, which lasted for two years. During the mid-'70s, however, the admiration that Green evoked within the music community began to emerge in the press. Wilko Johnson of Dr. Feelgood, in particular, was highly outspoken in his praise for Green. Additionally, several histories of the Who, appearing at a time when the latter band was at the peak of its popularity, credited Johnny Kidd the Pirates and particularly Mick Green with their role in shaping the group's sound. It was only a short jump for the English music press to draw the connection to Green as one of the progenitors of the then-burgeoning punk sound.

During this same period, Spence and Farley had begun playing together again and a one-off Pirates reunion gig was arranged. That 1976 gig proved so successful that it resulted in a recording contract and a semi-permanent reunion. The Pirates became a going concern as a performing band and even managed to release albums, cut live and in the studio, that were distrubuted internationally. Green cut a striking figure on guitar during the second Pirates incarnation, a heavy athlete's build topped by an intense yet clear-eyed expression, coaxing explosive solos out of his instrument. The Pirates trio became a cult band with a wide reputation, their sound during the 1970s and beyond embraced punk, rockabilly, blues, and classic rock roll.

In more recent years, Green has been recognized as one of British rock roll's elder statesmen, but remains a busy working musician playing with figures as different as Paul McCartney and Peter Green in the 1980s and 1990s. The McCartney gigs, in particular, on the so-called "Russian album" and several of the former Beatle's subsequent rock roll ventures, have given Green more mass exposure than at any time in his career and introduced his name to at least a portion of the Beatles' following. Along with reissues of Johnny Kidd the Pirates' early-'60s work and the Pirates' latter-day recordings, and his music with the Dakotas, the McCartney rock roll sides comprise Green's most visible music. ~ Bruce Eder, Rovi 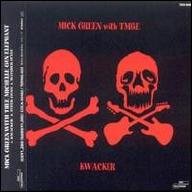 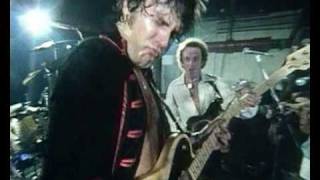 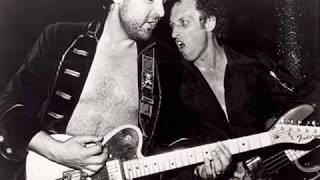 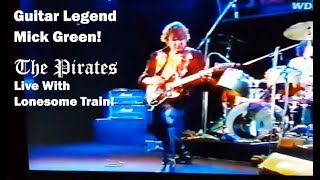 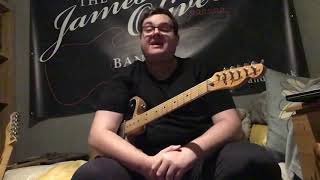 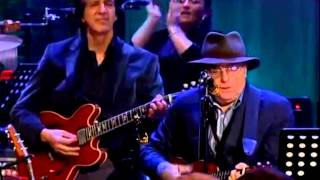 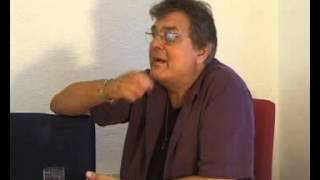