Close
John Pizzarelli
from Paterson, NJ
April 6, 1960 (age 61)
Biography
Guitarist and vocalist John Pizzarelli is an ebullient performer with a soft voice, charming stage presence, and knack for swinging, old-school jazz. The son of noted guitarist Bucky Pizzarelli, he first rose to prominence by interpreting jazz standards and American popular song in his own urbane style on Top Ten Billboard Traditional Jazz-charting albums like 1997's Our Love Is Here to Stay and 2005's Knowing You. Along with lauded appearances on Broadway, he has continued to explore music beyond the swing tradition, such as on on 2004's Brazilian-influenced Bossa Nova, 2015's Paul McCartney tribute Midnight McCartney, and 2021's Better Days Ahead: Solo Guitar Takes on Pat Metheny.

Born in 1960 in Paterson, New Jersey, Pizzarelli grew up surrounded by jazz as the son of journeyman swing guitarist Bucky Pizzarelli. He started playing guitar at an early age, drawing inspiration from players like Les Paul and Django Reinhardt, as well as exploring a variety of styles from rockabilly to singer/songwriter folk. Following a brief period attending the University of Tampa, he returned to New York to pursue a music career. Along with his brother, bassist Martin Pizzarelli, he began performing with his father and made his recorded debut with his 1983 release I'm Hip -- Please Don't Tell My Father. Pizzarelli's updated old-school sound caught the ear of many jazz purists, and by 1993 his trio was opening for legendary singer Frank Sinatra. He also participated in Sinatra's 80th birthday celebration at Carnegie Hall. Pizzarelli's growing popularity garnered him a lead spot in the 1997 Broadway production of Dream, a tribute to composer Johnny Mercer.

Pizzarelli's 1998 RCA release, Meets the Beatles, found him reinterpreting classic songs by the iconic Liverpool quartet, while the following year he paid tribute to one of his biggest influences, pianist/vocalist Nat King Cole, on P.S. Mr. Cole. Pizzarelli then signed with the Telarc label in 1999 and released two standards-based albums, Kisses in the Rain and Let There Be Love, in 2000. He also recorded an album with pianist George Shearing and celebrated ten years of performing with his trio by releasing the concert album Live at Birdland in 2003.

Taking a break from swing, Pizzarelli released Bossa Nova in 2004. Largely featuring the works of Brazilian composer Antonio Carlos Jobim, the album showcased the Pizzarelli Trio on such classics of the genre as "The Girl from Ipanema" and "Aguas de Marco" ("Waters of March"). In 2005 Pizzarelli returned to his usual fare of American standards with Knowing You (though he penned the title track), and, backed by the Clayton-Hamilton Jazz Orchestra, paid his tribute to the legend himself with 2006's Dear Mr. Sinatra. With a Song in My Heart, featuring the songs of composer Richard Rodgers, followed in 2008.

In the 2000s, Pizzarelli also met and married singer Jessica Molaskey, with whom he has performed and recorded often on albums like 2003's A Good Day and 2008's A Kiss to Build a Dream On. There were also more albums alongside his father and brother, including 2007's Generations and 2009's Pizzarelli Party.

In 2010, Pizzarelli paid homage to legendary pianist/bandleader Duke Ellington with Rockin' in Rhythm: A Duke Ellington Tribute. The following year, he again appeared with his father and brother on Family Fugue. In 2012, Pizzarelli released the album Double Exposure, featuring his take on classic jazz standards as well as contemporary pop standards from his youth, including works by Elvis Costello, Billy Joel, Steely Dan, and others. Three years later, he saluted Paul McCartney via the smoky, low-key Midnight McCartney album. 2017 saw the release of Sinatra Jobim at 50, a celebration of the landmark 1967 album Francis Albert Sinatra and Antônio Carlos Jobim. The fond tributes kept coming as Pizzarelli returned in 2019 with For Centennial Reasons: 100 Year Salute to Nat King Cole. In 2021, he paid homage to an early influence with Better Days Ahead: Solo Guitar Takes on Pat Metheny. ~ Matt Collar, Rovi 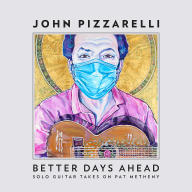 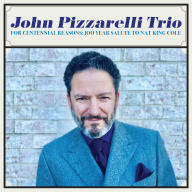 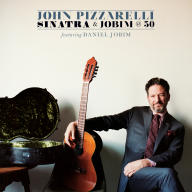 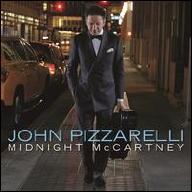 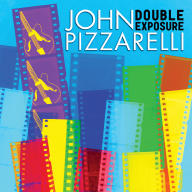 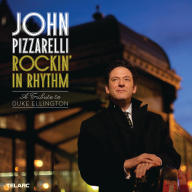 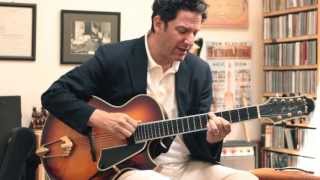 John Pizzarelli - "I Got Rhythm" (solo) at the Fretboard Journal 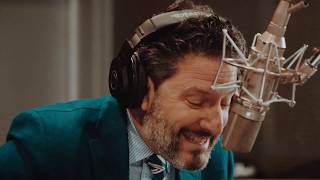 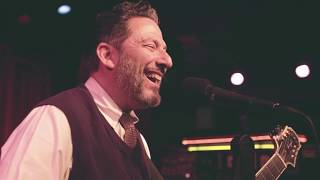 John Pizzarelli Trio - It's Only a Paper Moon 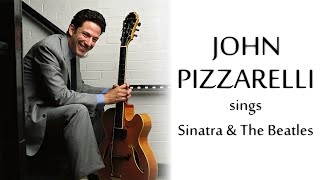 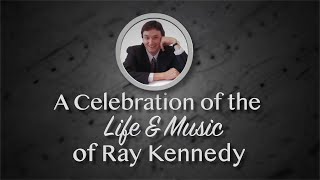 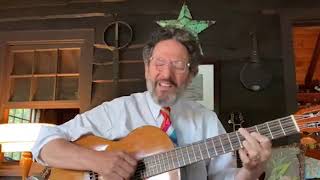 John Pizzarelli, The way you look tonight (At home) 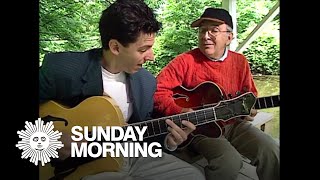