Close
Robert Redford
Biography
The rugged, dashingly handsome Robert Redford was among the biggest movie stars of the 1970s; while an increasingly rare on-screen presence in subsequent years, he remained a powerful motion picture industry force as an Academy Award-winning director as well as a highly visible champion of American independent filmmaking. Born Charles Robert Redford, Jr. on August 18, 1937 in Santa Monica, CA, he attended the University of Colorado on a baseball scholarship, but was kicked out for drunkenness; after spending a year as an oil worker, he traveled to Europe, living the painter's life in Paris. Upon returning to the U.S., Redford settled in New York City to pursue an acting career, and in 1959 made his Broadway debut with a small role in Tall Story. Bigger and better parts in productions including The Highest Tree, Little Moon of Alban, and Sunday in New York followed along with a number of television appearances, and in 1962 he made his film debut in Terry and Dennis Sanders' anti-war drama #War Hunt.

It was a leading role in the 1963 Broadway production of Barefoot in the Park, however, which launched Redford to prominence and opened the door to Hollywood, where in 1965 he starred in back-to-back productions of #Situation Serious But Not Hopeless and #Inside Daisy Clover. A year later he returned in #The Chase and #This Property Is Condemned, but like his previous films, they were both box office failures; offered a role in Mike Nichols' #Who's Afraid of Virginia Woolf?, Redford rejected it and then spent a number of months relaxing in Spain. His return to Hollywood was met with an offer to co-star with Jane Fonda in a film adaptation of #Barefoot in the Park, released in 1967 to good reviews and even better audience response; however, Redford then passed on both #The Graduate and #Rosemary's Baby to star in a Western titled #Blue. Just one week prior to shooting, he backed out of the project, resulting in a series of lawsuits and a long period of inactivity -- with just one hit to his credit and a history of questionable career choices, he was considered a risky proposition by many producers.

Then, in 1969 he and Paul Newman co-starred as #Butch Cassidy and the Sundance Kid, a massively successful revisionist Western which poised Redford on the brink of superstardom. However, its follow-ups -- 1969's #Tell Them Willy Boy Is Here and #The Downhill Racer -- both failed to connect, and after the subsequent failures of 1971's #Fauss and Big Halsey and 1972's #The Hot Rock, many industry observers were ready to write him off. Both 1972's #The Candidate and #Jeremiah Johnson fared markedly better, though, and with Sydney Pollack's 1973 romantic melodrama #The Way We Were, co-starring Barbra Streisand, Redford's golden-boy luster was restored. That same year he reunited with Newman and their #Butch Cassidy director George Roy Hill for #The Sting, a Depression-era caper film which garnered seven Academy Awards, including Best Picture honors. Combined with its impressive financial showing, it solidified Redford's new megastar stature, and he was voted Hollywood's top box office draw.

Redford's next project cast him in the title role of director Jack Clayton's 1974 adaptation of #The Great Gatsby; he also stayed in the film's 1920s milieu for his subsequent effort, 1975's #The Great Waldo Pepper. Later that same year, he starred in the thriller #Three Days of the Condor before portraying -Washington Post reporter Bob Woodward in 1976's #All the President's Men, Alan J. Pakula's masterful dramatization of the investigation into the Watergate burglary; in addition to delivering one of his strongest performances to date in the film, Redford also served as producer after first buying the rights to Woodward and Carl Bernstein's book of the same name. 1977's #A Bridge Too Far followed before Redford took a two-year hiatus from the screen; he did resurface until 1979's #The Electric Horseman, followed a year later by #Brubaker. Also in 1980, he made his directorial debut with the family drama #Ordinary People, which won four Oscars including Best Picture, Best Director and Best Supporting Actor (for Timothy Hutton).

By now, Redford's interest in acting was clearly waning; he walked out of #The Verdict (a role then filled by Newman), and did not appear before the camera again for four years. When he finally returned in 1984's #The Natural, however, it was to the usual rapturous public reception, and with 1985's #Out of Africa he and co-star Meryl Streep were the focal points in a film which netted eight Oscars, including Best Picture. 1986's #Legal Eagles, on the other hand, was both a commercial and critical stiff, and in its wake, Redford returned to the director's chair with 1988's #The Milagro Beanfield War. Apart from narrating the 1989 documentary #To Protect Mother Earth -- one of many environmental activities to which his name has been attached -- Redford was again absent from the screen for several years before returning in 1990's #Havana; the star-studded #Sneakers followed in 1992, but his most significant effort that year was his third directorial effort, the acclaimed #A River Runs Through It.

In 1993, Redford scored his biggest box office hit in some time with the much-discussed #Indecent Proposal; he followed in 1994 with #Quiz Show, a pointed examination of the TV game show scandals of the '50s; many critics considered the film his most accomplished directorial turn to date. After the 1996 romantic drama #Up Close and Personal, he began work on his adaptation of the hit novel #The Horse Whisperer. In addition to his acting and directing work, Redford also flexed his movie industry muscle as the founder of the Sundance Institute, an organization primarily devoted to promoting American independent filmmaking; by the early '90s, the annual Sundance Film Festival, held in the tiny community of Park City, UT, had emerged as one of the key international festivals, with a reputation as a major launching pad for young talent. An outgrowth of its success was cable's Sundance Channel, Rovi 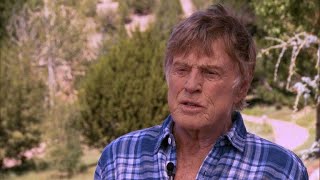 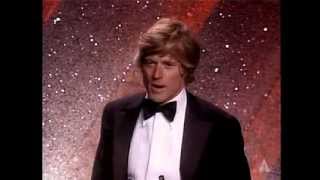 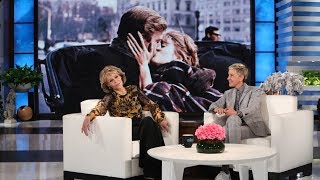 Jane Fonda Talks Being Reunited with Robert Redford... in Bed 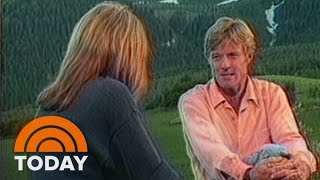 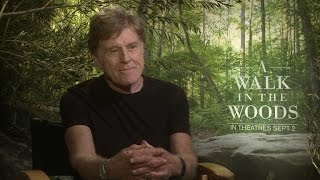