Close
Biz Markie
from Harlem, NY
April 8, 1964 - July 16, 2021 (age 57)
Biography
Biz Markie's inclination toward juvenile humor and his fondness for goofy, tuneless, half-sung choruses camouflaged his true talents as a freestyle rhymer. The Biz may not have been able to translate his wild rhyming talents to tape, but what he did record was worthwhile in its own way. With his silly humor and inventive, sample-laden productions, he proved that hip-hop could be funny and melodic without sacrificing his street credibility. His distinctive style made his second album, The Biz Never Sleeps, a gold hit and its single, "Just a Friend," into a Top Ten pop single. While its success made Markie a semi-star -- he was dubbed "the Clown Prince of Hip-Hop" -- it also cursed him. Not only was he consigned a novelty act, but it brought enough attention to him that Gilbert O'Sullivan sued him over the unauthorized sample of "Alone Again (Naturally)" on Biz's 1991 album I Need a Haircut. The lawsuit severely cut into Markie's career, and 1993's All Samples Cleared! was the last record he released during the '90s. However, his reputation was restored somewhat in the mid-'90s as the Beastie Boys championed him and other alternative rap groups showed some debt to his wild, careening music. Though his musical output slowed in the 2000s, he remained active with touring and appearances in television and film, as well as hosting a radio show on SiriusXM as part of LL Cool J's Rock the Bells Radio channel. Markie died of severe complications from Type 2 diabetes in 2021.

A native of New York, Biz (born Marcel Hall) first came to prominence in the early '80s, when he began rapping at Manhattan nightclubs like the Funhouse and the Roxy. Biz met producer Marley Marl in 1985, and began working as a human beatbox for Marl-connected acts MC Shan and, later, Roxanne Shanté. He also recorded his first set of demos, and by 1988, had signed with Cold Chillin'. Later that year, he released his debut, Goin' Off, which became a word-of-mouth hit based on the underground hit singles "Vapors," "Pickin' Boogers," and "Make the Music with Your Mouth, Biz." A year later, he broke into the mainstream when "Just a Friend," a single featuring rapped verses and out-of-tune-sung choruses, reached the pop Top Ten, and its accompanying album, The Biz Never Sleeps, went gold.

The Biz Never Sleeps put him near the top of the hip-hop world, but he fell from grace as quickly as he achieved it. Biz's third album, I Need a Haircut, was already shaping up to be a considerable sales disappointment when he was served a lawsuit from Gilbert O'Sullivan, who claimed that the album's "Alone Again" featured an unauthorized sample of his hit "Alone Again (Naturally)." O'Sullivan won the case in a ruling that drastically changed the rules of hip-hop. According to the ruling, Warner Bros., the parent company of Cold Chillin', had to pull I Need a Haircut from circulation, and all companies had to clear samples fully before releasing a hip-hop record. Biz countered with his 1993 album, All Samples Cleared!, but his career had already been hurt by the lawsuit, and the record bombed.

For the remainder of the decade, he kept a low profile, occasionally guesting on records by the Beastie Boys and filming a freestyle television commercial for MTV2 in 1996. The alliance with the Beasties raised his profile considerably, but Biz began DJ'ing instead of continuing to record. Finally, in 2003, he released Weekend Warrior for Tommy Boy, though it was his appearance (and victory) in 2005 on VH1's Celebrity Fit Club that brought him more attention than the actual record. Following Weekend Warrior, he rarely recorded but remained in the public eye on TV and in movies, playing cameo roles in Men in Black II and Sharknado 2: The Second One and appearing on Black-ish, Spongebob Squarepants, and Yo Gabba Gabba! In an interview in 2019, Biz said he was happy with his level of fame and compared his career to the recurring presence of the McDonalds' McRib sandwich, saying, "When I do pop up, they appreciate everything they see." Biz Markie died on July 16, 2021 at the age of 57. ~ Stephen Thomas Erlewine, Rovi 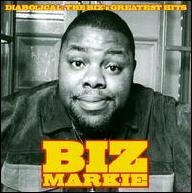 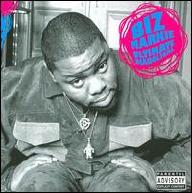 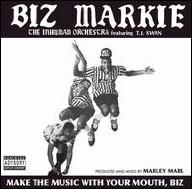 Make the Music with Your Mouth, Biz
2006 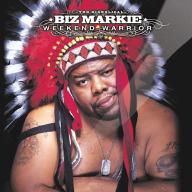 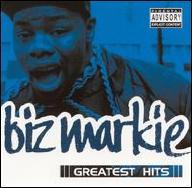 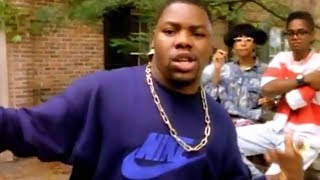 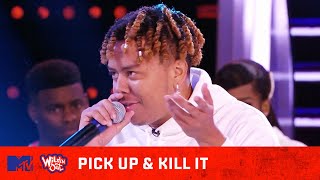 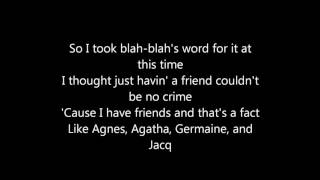 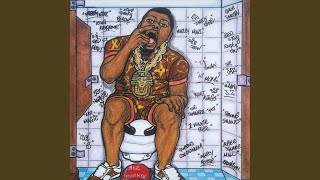 Nobody Beats the Biz (Best Of) 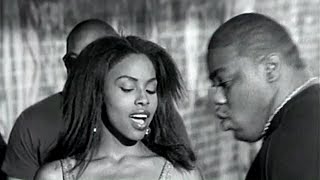 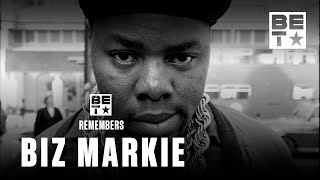 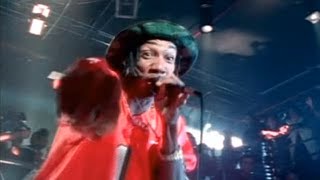