Close
Steven Bernstein
from Berkely, CA
October 8, 1961 (age 60)
Biography
Steven Bernstein is a trumpeter, composer, arranger, and bandleader based in New York. Best known as founder/leader of the Grammy-nominated band Sex Mob and avant-fusion trio Spanish Fly, Bernstein is a widely diverse talent and has amassed hundreds of credits as a sideman. He was the music director for the Lounge Lizards, arranged and led the Kansas City Band (from the Robert Altman film and Verve All-Stars Tour), and conducted the Academy Award-nominated score for the film Get Shorty. Bernstein served as musical director for several high-profile Hal Willner projects devoted to the music of Leonard Cohen, Doc Pomus, and Bill Withers. Between 1999 and 2008, he issued four aesthetically linked, critically acclaimed outings for John Zorn's Tzadik label, including Diaspora Soul and Diaspora Hollywood. In 2004, he joined Levon Helm's Midnight Ramble house band. He also founded the Millennial Territory Orchestra. Their debut album, MTO, Vol. 1, was released in 2006, followed by We Are MTO in 2008. MTO Plays Sly appeared from Royal Potato Family in 2011. Bernstein and the late New Orleans pianist Henry Butler founded an almost unclassifiable, all-star band called the Hot 9 and recorded Viper's Drag for Impulse! in 2014. MTO issued Tinctures in Time (Community Music, Vol. 1) in 2021.

Bernstein was born in Berkeley, California in 1961. He learned to play trumpet as an elementary school student. He was deeply influenced by his band director, Phil Hardymon, who instilled discipline in his students and ensembles. During sixth grade, he formed a lifelong and friendship and artistic relationship with composer and multi-instrumentalist Peter Apfelbaum (Hieroglyphics Ensemble). The pair attended many jazz concerts together in the Bay Area, seeing Eddie Harris, Sam Rivers, Art Blakey, Dexter Gordon, Roland Kirk, and Woody Shaw at the Keystone Korner, solo concerts by Wadada Leo Smith, Lester Bowie, Oliver Lake, and Baikida Carroll, and a group, concert by the Art Ensemble of Chicago at San Francisco's Great American Music Hall.

After graduating high school in 1978, Bernstein moved to New York City in 1980. Before he left, he played trumpet on Pillars, the debut album by Peter Apfelbaum with the Berkeley Arts Company the Hieroglyphics Ensemble. After arriving in New York, he was mentored by Jimmie Maxwell, lead trumpeter in the Benny Goodman Orchestra during the early 1940s and a prolific sideman. That same year, he played on disco outfit Slick's Go for It on the Fantasy label. Bernstein scuffled, playing with his own groups, and joined others wherever he could. In 1981 he played on Aisha by Saheb Sarbib His Multinational Big Band, and in 1985 he played on Kamikaze Ground Crew's self-titled debut outing.

Bernstein got his first real break in 1989 when he appeared on Karen Mantler's My Cat Arnold and came into contact with her mother Carla Bley and bassist Steve Swallow. He continued to work with Mantler for 1990's Karen Mantler Her Cat Arnold Get the Flu, and with Kamikaze Ground Crew on The Scenic Route. The following year he appeared on The Very Big Carla Bley Band, Phyllis Hyman's Prime of My Life, and assumed the role of music director for the Lounge Lizards on Live in Berlin, Vol. 1. By 1992, Bernstein was playing live and in the studio almost seven days a week. He played on recordings by Apfelbaum (who had migrated to New York), Ryuichi Sakamoto's Heartbeat, and Medeski Martin Wood's Notes from the Underground, to name just three. In 1993, Bernstein was performing in studio and live with MMW, and recording with Sakamoto, Aztec Camera, and Justin Warfield.

Late that year, Bernstein co-founded the Spanish Fly trio with guitarist David Tronzo and tuba master Marcus Roja and began wowing audiences at the Knitting Factory and elsewhere on the downtown scene. They recorded Rags to Britches for Knitting Factory Works and Insert Tongue Here for Home Recordings in 1994. The following year he was part of Zorn's large ensemble for the recording of John Zorn's Cobra's Live at the Knitting Factory, and guested with Don Byron for his hit Raymond Scott tribute Bug Music. Bernstein served as conductor and orchestrator on the score for director Barry Sonnenfeld's adaptation of Elmore Leonard's Get Shorty for the big screen.

Although Bernstein founded Sex Mob in 1995 (he plays slide trumpet), they played live until 1997, when they issued their first recording, Sign of the Times, for Knitting Factory Works. They followed with the Columbia-distributed Din of Inequity in 1998, directed Lounge Lizards on Queen of All Ears, and played on John Lurie's African Swim and Manny Lo. That same year, Sex Mob issued its second album, Solid Sender, and toured regionally.

In 1999, Bernstein issued Diaspora Soul for Zorn's Tzadik label as an entry in its Radical Jewish Culture Series. His bandmates included Sex Mob-bers Briggan Krauss and Tony Scherr, with Roberto Rodriguez, Apfelbaum, and Michael Blake, among others. In 2000, he played on Lou Reed's Ecstasy. In 2001 Sex Mob released its Grammy-nominated album, Sex Mob Does Bond, and in 2002, he issued the solo Diaspora Blues for Tzadik. The following year, Sex Mob issued Dime Grind Palace, and Reed requested that Bernstein rejoin him for his Edgar Allan Poe tribute, The Raven. The trumpeter also guested on Paul Shapiro's Midnight Minyan for Tzadik. Diaspora Hollywood appeared in 2004, the same year Bernstein joined Levon Helm's Midnight Ramble band, playing in the house and touring versions; he also played on Bill Frisell's Unspeakable, Antony and the Johnsons' The Lake, and Medeski Martin Wood's End of the World Party.

Bernstein founded the Millennial Territory Orchestra in 2004, showcasing a stellar compendium of musicians from across the country, and many guests. Their debut album, MTO, Vol. 1, was released in 2006, during the same calendar year that Sex Mob released Sexotica, and Bernstein arranged the orchestra for Willner's Leonard Cohen: I'm Your Man. He also cut sessions with Antony and the Johnsons, Joan as Police Woman, Trey Anastasio, Bobby Previte, Shapiro, and Mario Pavone. Bernstein remained exceptionally busy as a studio and touring sideman in 2007.

He issued We Are MTO in 2008 (the orchestra was primarily a vehicle for Bernstein's arranging of other people's compositions) as well as Diaspora Suite, the fourth and final entry in the project for Tzadik. In 2009, he collaborated with Marcus Rojas and Kresten Osgood to release Tattoos Mushrooms on the ILK Recordings imprint, and played on no less than ten other recordings, including sets by Marianne Faithfull and Helm. In 2010, he played a key role in composer/guitarist's Todd Clouser's band for the album A Love Electric, and was a featured soloist on Fight Like a Bull's All Is Gladness in the Kingdom on Clean Feed.

Bernstein showed no signs of letting up in 2011. He played on David Bromberg's comeback album Use Me, Lee Scratch Perry's Rise Again, and Helm's live Ramble at the Ryman. Still he found time to make his own music -- even if it was a variation on someone else's. Despite the side work, Bernstein once again found time for MTO. They released the widely acclaimed MTO Plays Sly on Royal Potato Family that September. The nine-piece orchestra -- augmented by guest appearances from Antony Hegarty, Bernie Worrell, Dean Bowman, Sandra St. Victor, Bill Laswell, Martha Wainwright, Vernon Reid, and Shilpa Ray -- performed a Bernstein-arranged suite from the Sly Stone catalog and included several original interludes. Bernstein also worked with Coheed and Cambria in 2011, playing on the albums The Afterman and The Afterman: Descension.

After an eight-year break, Sex Mob reunited. Delivering a program of Nino Rota's themes, Cinema, Circus Spaghetti: Sex Mob Plays Fellini was released in 2013. It was a big year for the trumpeter, who played on Marshall Crenshaw's Stranger and Stranger EP and Roswell Rudd's Trombone for Lovers, among other appearances.

Back in 1998, Bernstein met top-shelf New Orleans pianist Henry Butler while leading the band in Robert Altman's film Kansas City. The pair re-teamed in 2011 to perform early 20th century blues and jazz at a N.Y.C. blues festival. In 2012, they played an extended run at the Jazz Standard, where producer Joshua Feigenbaum caught their act and convinced them to record. He produced Viper's Drag, co-billed with an all-star backing back called the Hot 9. The set was issued to kick off the revitalized Impulse! label in July of 2014. It was their only outing, Butler died in 2018. That same year Bernstein continued to work in the studio with Antony and the Johnsons, Loudon Wainwright III, and the Satoko Fujii Orchestra.

In 2016, Sex Mob issued Cultural Capital, a collection comprised entirely of Bernstein originals. He also played an important role on Nels Cline's double-length Lovers. The following year, Bernstein was tapped to play on Valerie June's The Order of Time, Burnt Sugar the Arkestra Chamber's All You Zombies Dig the Luminosity, and Mostly Other People Do the Killing's Loafer's Hollow. Bernstein was a co-billed soloist on Nobody Does It Better: The CCDM Jazz Orchestra as James Bond. He also appeared on Elvis Costello the Imposters' Look Now, and longtime friend and collaborator Joe Fiedler's Open Sesame.

In 2021, Bernstein played with Ray Anderson's Pocket Brass Band on Come In and issued Tinctures in Time (Community Music, Vol. 1) with MTO on Ropeadope. The album marked the very first time that Bernstein composed as well as arranged original music for the ensemble. ~ Joslyn Lane & Thom Jurek, Rovi 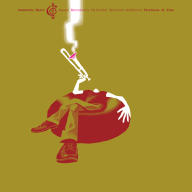 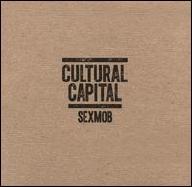 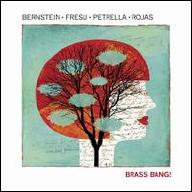 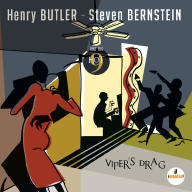 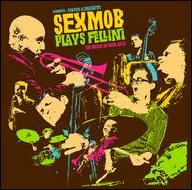 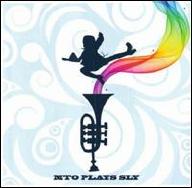 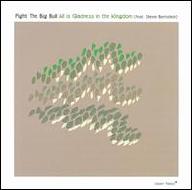 All Is Gladness In The Kingdom
2010
Videos
Close 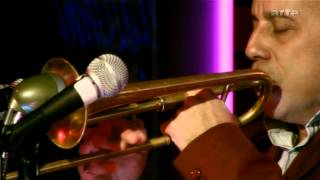 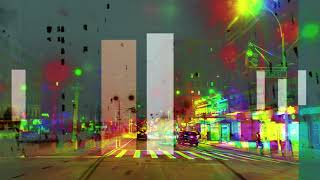 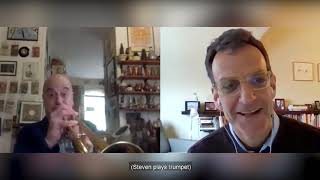 Behind the Beat: Steven Bernstein 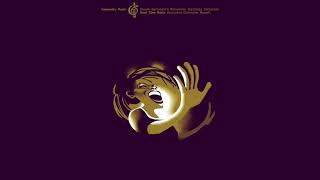 Steven Bernstein - Yes We Can 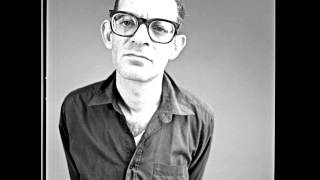 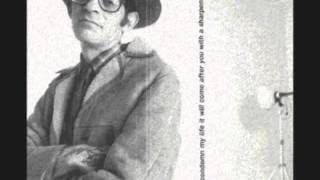 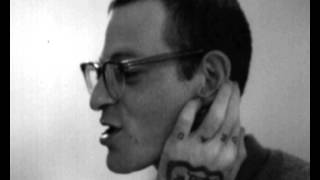