Close
Spring Heel Jack
from London, England
formed January 1, 1993 (age 29)
Biography
The recordings of John Coxon and Ashley Wales as Spring Heel Jack were some of the earliest and best applications of hard-edged drum'n'bass to the full-length LP concept with no lack of energy, similar in result to Orbital's living-room/danceclub fusion of techno. A pop producer who had worked with Betty Boo, Marc Almond, and Spiritualized, Coxon met up with classical composer Wales while working as a soul DJ in London's East End. The duo soon began recording breakbeat jungle, initially with inclinations toward dub. Co-writers and producers of the hit title track from Everything But the Girl's 1995 platinum album Walking Wounded, the pair debuted that same year with the first of several critically acclaimed LPs, none of which managed to compromise their respected status.

Coxon, who learned to play guitar in his native Edinburgh, had studied to be a biochemist and briefly taught school in London, but returned to music by working as a DJ and occasional producer. After meeting Ashley Wales, a landscaper, the two began composing music. Moving to dub territory with recordings as Spring Heel Jack, Coxon and Wales soon became entranced with the jungle movement, and adjusted their focus accordingly. Debut album There Are Strings appeared in 1995 on the Island subsidiary Trade 2 in the U.K. Later that year, the duo released Versions, a remix album featuring dubs of six tracks from the debut LP. Another artist influenced by the drum'n'bass movement, Everything But the Girl's Ben Watt, made public his admiration for Spring Heel Jack's work, prompting Coxon and Wales to write Walking Wounded especially for Watt and his partner, Tracey Thorn. After Thorn added vocals to the track, EBTG released the single in April 1996, and it climbed to number six in the U.K. charts.

Spring Heel Jack released 68 Million Shades several months later, with a trippy cover designed by computer artist Yuki Mikayi (who also designed the cover art for the first LP). The album earned respect from the dance underground, and the duo was tapped to support Orbital on an ambitious U.S. tour in late 1996. After 68 Million Shades was cited by Spin magazine as one of the best LPs of the year, it earned an American release on Island in January 1997. Busy Curious Thirsty followed later that year, and in 1999 Spring Heel Jack returned with two LPs (Treader, Disappeared) as well as an EP (Sound of Music), including their intriguing reworks of standards from the Rodgers Hammerstein musical of the same name. Masses, which featured collaborative efforts with pianist Matthew Shipp, violinist Mat Maneri, and saxophonists Tim Berne and Daniel Carter, was issued in June 2001. The duo entered a new phase in 2004, on Sweetness of the Water. They began playing instruments themselves and enlisted former collaborators such as Blue Series curator Shipp, Evan Parker, and Wadada Leo Smith. On the following Songs and Themes, released in 2008, Coxon and Wales were joined by Roy Campbell, Orphy Robinson, and John Tchicai, among others. ~ John Bush, Rovi 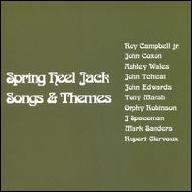 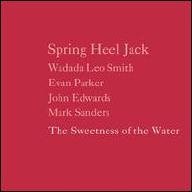 The Sweetness Of The Water
2004 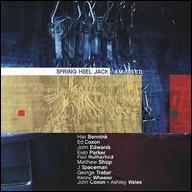 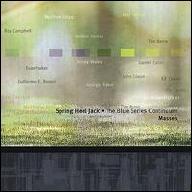 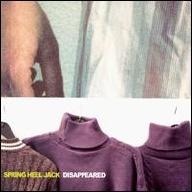 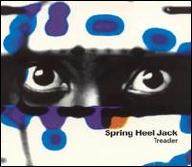 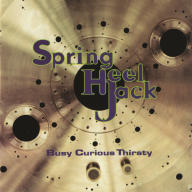 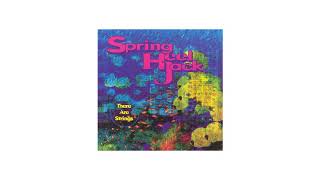 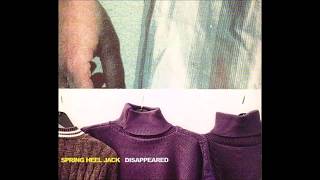 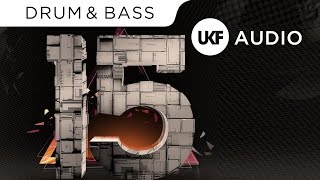 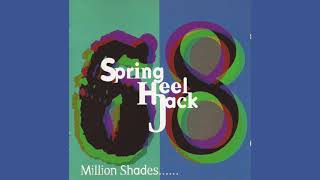 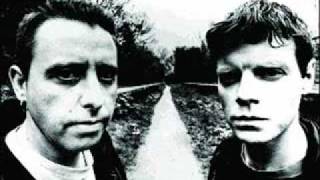 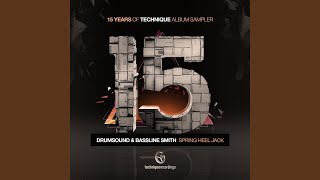 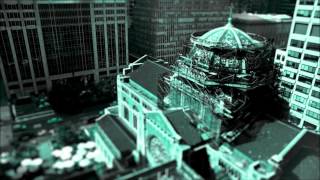