Close
Keith Emerson
from Todmorden, West Yorkshire, England
November 2, 1944 - March 10, 2016 (age 71)
Biography
Throughout his career with the Nice, Emerson, Lake Palmer, and as a solo artist, Keith Emerson proved himself perhaps the greatest, most technically accomplished keyboardist in rock history. For all his reputation as an innovator and master of classically influenced rock, Emerson began his career playing R&B the Nice got their first big break backing soul singer P.P. Arnold in 1967. Independently of Arnold, the Nice carved out a niche in the fledgling prog rock movement, with Emerson's classical flourishes and flamboyant showmanship (flinging knives at his keyboard, etc.) leading the way. After the Nice's dissolution, Emerson fleshed out his musical ideas to their fullest with Emerson, Lake Palmer, which debuted in 1970 and had a series of highly successful albums throughout the decade.

Emerson made his solo debut in 1976 with the single "Honky Tonk Train Blues," which hit the U.K. Top 30, but did not pursue a solo career in earnest until after ELP's 1980 breakup. Emerson first scored the films The Inferno (1980) and Nighthawks (1981), but did not return until 1985, when he released Honky. The year 1986 found Emerson participating in a revamped ELP -- this time with drummer Cozy Powell -- but still finding time to record the solo LP Murderock. In 1987, Emerson released Harmageddon/China Free Fall, and the following year, he undertook a project with Carl Palmer and songwriter Robert Berry. Emerson, Lake Palmer reunited in 1992 to record new material and tour, but when this venture proved less successful than hoped, Emerson announced his retirement from the music business in 1994.

That retirement was short-lived, though, as Emerson went on to release the occasional collection of new material or appear on-stage. He even reunited with Nice bandmates Brian Davison and Lee Jackson for a show in Glasgow, Scotland, in 2002 (Vivacitas). He penned an autobiography, Pictures of an Exhibitionist, in 2004, and received the compilation treatment from Castle Records in 2005 with the two-disc Hammer It Out: The Anthology. In 2010, Emerson released a live set entitled Moscow, featuring his road band with vocalist Marc Bonilla; its program consisted of everything from ELP tracks and soundtrack selections to tunes by the Nice. Bonilla and Terje Mikkelsen received guest billing on a 2012 studio album titled The Three Fates Project. Two years later, Emerson released Live from Manticore Hall, including material from a series of 2010 live dates with Greg Lake where the pair revisited several ELP classics. Keith Emerson died on March 10, 2016 at his home in Santa Monica, California at the age of 71. The victim of an apparently self-inflicted gunshot wound, he had been plagued by ongoing pain and nerve issues in his arm for several years. ~ Steve Huey, Rovi 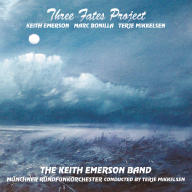 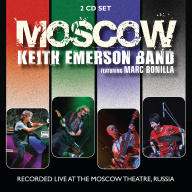 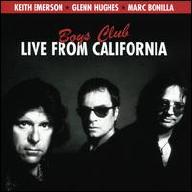 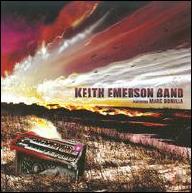 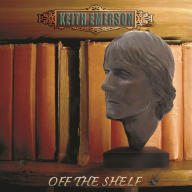 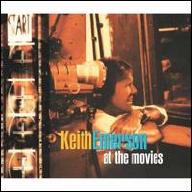 Keith Emerson at the Movies
2005 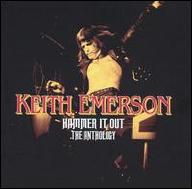 Hammer It Out: The Anthology
2005
Videos
Close 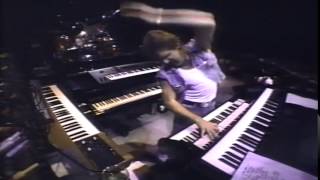 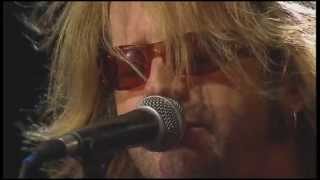 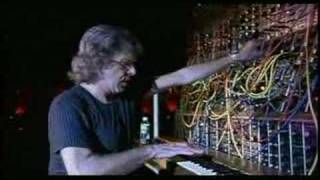 Keith Emerson at Moogfest in NYC 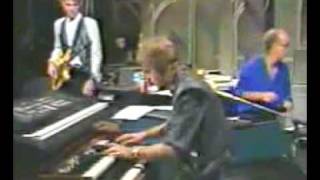 Keith Emerson "America" on The Late Show with David Letterman (1986) 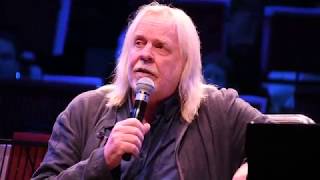 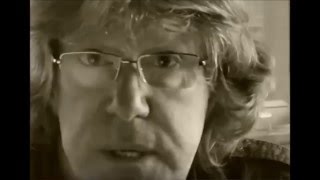 Why Keith Emerson of EL&P committed suicide, his girlfriend opens up.... 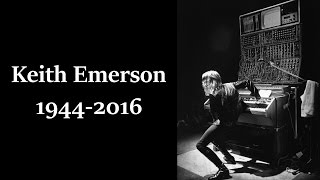